The White Lotus: Season 1 vs Season 2 after Golden Globes 2023 win

If there is a series (indeed, miniseries) on everyone’s lips after the victory at the Golden Globes 2023 this is The White Lotus. Let’s find out together why and above all if the season that won the coveted statuette was the one that deserved the most. 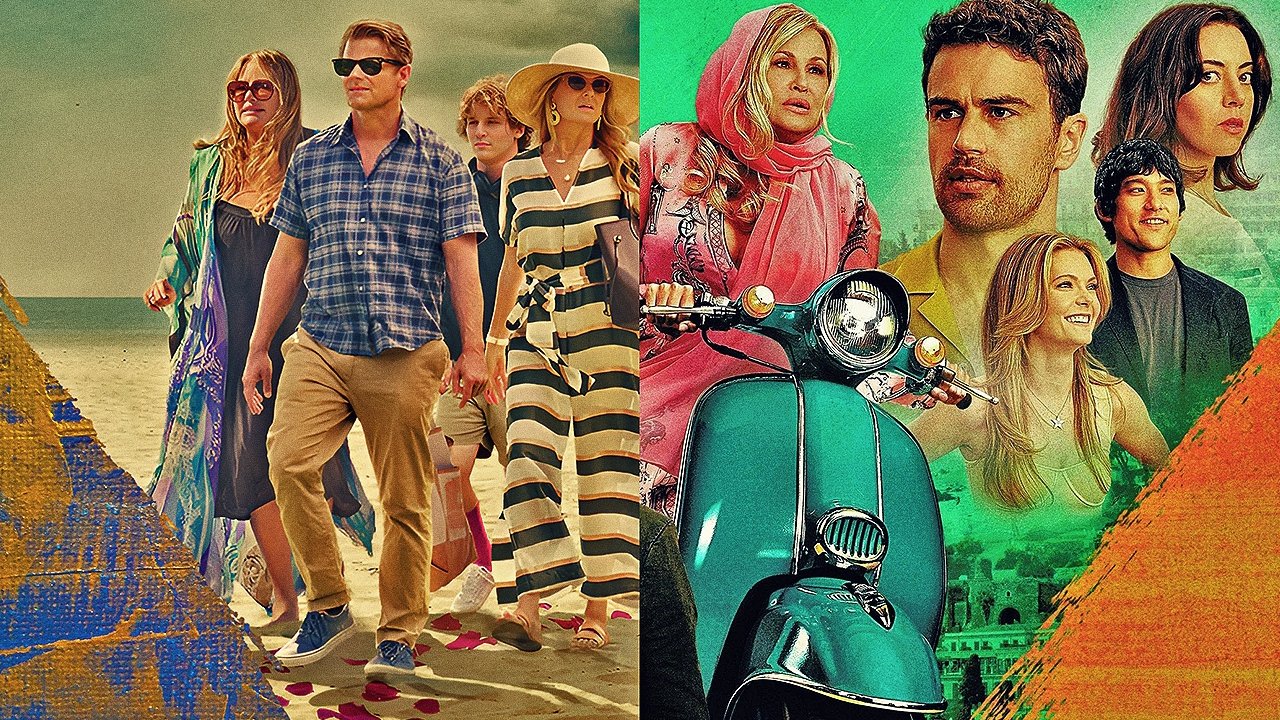 After our general considerations on the winners and those on the little-known comedy Abbott Elementary in Italy, let’s go back to talking about the recent ones Golden Globe 2023, returned this year in presence after the scandal of the almost absent inclusiveness among the jurors and consequently in the voting. In the Miniseries or TV Movie category he triumphed The White Lotustechnically a second season of the series that had made its way to critics and audiences in the summer of 2021. A “trick” often used by networks and productions to get more nominations, transforming a show from a miniseries or regular series to anthology, in which each season is considered by the Awards as a stand-alone show.

The White Lotus: Sicily (this is the subtitle to make it independent), filmed in Italy with some local actors who have achieved international fame thanks to the serial – above all, Sabrina Impacciatore – won not only in the main category but also as Best Supporting Actress at Jennifer Coolidge, the only element in common with the first season and closure of the narrative arc for the character of Tanya. After all this chatter, which of the two seasons deserves more? We tell you in this comparison The White Lotus season 1 vs season 2 after winning the 2023 Golden Globes.

The White Lotus: Hawaii, the first season and the triumph at the Emmys

The first season of The White Lotusborn from the pen of Mike White (the same as Enlightened) precisely as a miniseries, it had made its way among the American public and then the Italian one by word of mouth, which denoted a first silent and then increasingly loud attention for the new serial creature. A series that initially it was not clear what he was talking about, and then revealed halfway through the six episodes that made it up as a ferocious social satire of the wealthy white American population, along with all its ugliness and contradictions. He spoke absolutely brilliantly and subtly about toxic masculinity (with the story of the character Alexandra Daddario sadly current and deserving of an award for her interpretation) and the perception of certain topics such as racism and cultural appropriation. All through the stay of a group of people in a luxurious resort in Hawaii, of the White Lotus chain, which would have ended in a murder, as per the initial flashforward.

It wasn’t so much and just the curiosity of finding out who would leave us penniless but to witness the unveiling between the lines of the rottenness of our society, on the top floors. It was not a mere criticism of the bourgeoisie, so dear to the audiovisual sector, but a real microscopic analysis of its excesses. The comparison between the staff of the resort and its wealthy patrons led to revealing all the laziness and falsehood of the American white social class, such as the character of Connie Britton who had made herself in spite of others, or that of Jennifer Coolidge who seemed adorable in his being totally out of this world but he turned out to be like everyone else when finally, after promising the spa manager to help her start her own business, he backed out to get back to his own life. Or that of Brittany O’Grady, the black friend of Sydney Sweeney’s character, a sort of “share” to take on vacation by feigning generosity, who gets a local boy arrested for a theft she devised to “regain their cultural roots”, in order not to admit one’s faults. The journey becomes a summer flirt: it is only a moment for the patrons, after having perhaps ruined or deluded the lives of others, ready to return to their own reality. The White Lotus: Hawaii had triumphed over the Emmy thanks to the first season as Best Miniseries and the victory of Jennifer Coolidge among the Best Supporting Actresses, category in which co-stars Connie Britton, Alexandra Daddario, Natasha Rothwell and Sydney Sweeney were also nominated. The same was true for the Best Supporting Actor category where she triumphed Murray Bartlett alongside nominations from Jake Lacy and Steve Zahn.

The White Lotus: Sicily, the second season and our Sicily

We come to second seasonfilmed in Sicily and which involved local actresses such as Sabrina Impacciatore, Beatrice Grannò (Doc – In your hands, Zero) and Simona Tabasco (Luna Park, Doc – In your hands). There was great expectation thanks to the fact that our Italy became the protagonist of an HBO series (although it had already happened with Roma e The brilliant friend). The ploy was another resort in the chain, located precisely in Italy. It may be due to the very high expectations created, but the second season, however high quality, is redundant and repetitive in proposing the same themes and an identical social critique that differed substantially in a single factor, i.e. the tool through which to tell them: the sex. In the midst of many allegories that use masks, vases, the Sicilian landscape – also present in the addictive acronym, including music, as well as that first season – sex becomes the lens through which to look at the whole world, and in which every relationship, every evolution is a transaction and the currency is to fuck (or make love, at best).

All the criticism of white American society is even more evident thanks to the comparison with our Italy, which however is stuck in the 1950s, amidst stereotypes that abound (then we complain about Emily in Paris) and very basic acting. One wonders if the beautiful country is actually in worse shape than we want to believe, especially in the South, or if simply the eyes with which they look at us from abroad bother us more because we are called into question. Surely Mike White he may have had consultants in writing the screenplays in English and Italian and his love for Italy is evident but we would like to say that it can be seen that he wrote in a language that is not exactly his. Valentina, the character of Sabrina Impacciatore, who even had a guest appearance by Jimmy Kimmel thanks to this role, is written and performed well but remains very simple. Nothing to do with what Murray Bartlett had managed to do in the first cycle of episodes with him Armond. Some ingenious gimmicks remain, such as the gay English mafia, but overall it seems to us a pale attempt to imitate the clamor obtained via word of mouth (therefore in a more subtle and powerful way, just like the criticism present in the serial) from the TV series.

The White Lotus – Sicily, analysis of the ending: another tragic human comedy

The White Lotus Season 1 vs Season 2: Who Did Better?

Summarizing the discussion, at this point, we can say that in our opinion the first season of The White Lotus is unsurpassed and perhaps it should have remained a miniseries like at its birth. Thanks to the clamor obtained and the prizes won, Mike White was asked to return but it would have been better to stop. Not only for the repetitiveness of the themes already dealt with but with less incisiveness and for the characters characterized in a less effective way towards the public, but also for the portrait that emerges of Italy, stopped in the 50s (but on this perhaps, as mentioned , we should ask ourselves some questions). Interpretation and food for thought that have given viewers characters and actors such as Alexandra Daddario and Murray Bartlett, to name but two, really seem like a distant memory watching the new episodes.

Paradoxically, despite the repetitiveness here too, the only character who returned from the first season came out better, acting as Red string for the story, namely the Tanya of Jennifer Coolidge. So much so that the further renewal for a third season with no more characters in common, now seems to us the prerogative of exploiting an international success, which winks at Italy, but having lost the core and the originality of one’s story and one’s social critique. We hope to be proven wrong with the new episodes.