Tokyo Vice review: Ansel Elgort and Ken Watanabe are the protagonists of an excellent TV series that investigates the Japanese criminal underworld. Based on a true story, it’s available on Paramount +. 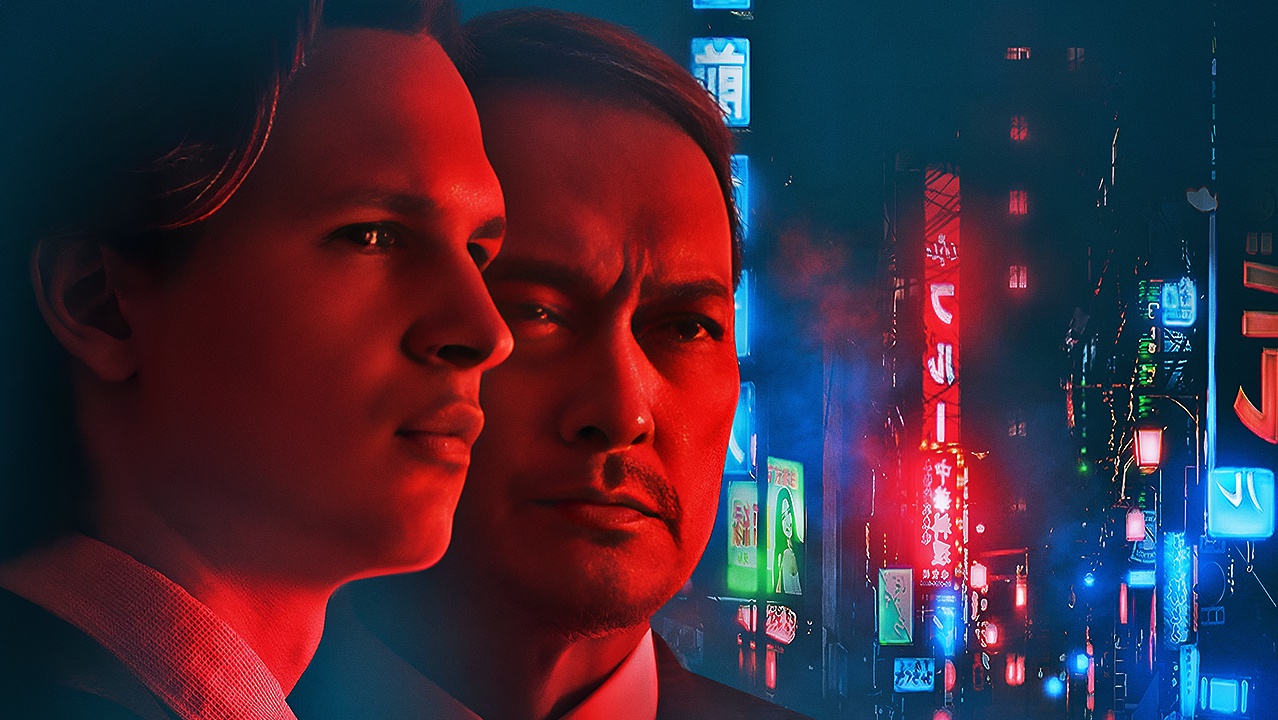 Dry, sinuous, dark. The story at the center of the work, all around a neo-noir atmosphere in which echoes of James M. Cain, Raymond Chandler or Ringo Lam meet who, coincidentally, is among the greatest Asian authors of the genre . Hold your breath and immerse yourself in Tokyo Vice, created by JT Rogers and based on Tokyo Vice: An American Reporter on the Police Beat in Japan, a memoir signed by journalist Jake Adelstein, who told – revealing secrets and truths – the criminal undergrowth of the unshakable Japanese capital. Developed for HBO Max (in Italy you can find it on Paramount +), the eight-episode show is an at times glacial and reflective experience, which thoroughly analyzes its characters, its inflections and, above all, its setting. Real protagonist of a show in which the visual necessity is summarized with a script of the highest quality. And it is no coincidence that the series boasts among its executive producers names of the caliber of John Lesher, Destin Daniel Cretton and especially Michael Mann. 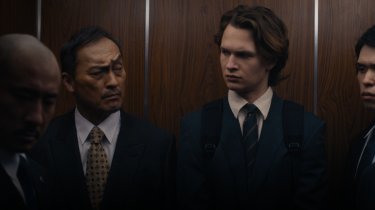 The director of Heat – The Challenge has in fact followed the project so closely that he directed the pilot of the series, catapulting us into a personal and criminal epic in which the contours evoke a dazzling true story. A story, that of Jake, underpinned by suspended times and criminal turning points: the first episode is a sort of noir manual, which goes beyond the concept of absolute crime and takes all the space necessary to eviscerate the Tokyo undergrowth: exclusive clubs, escorts Westerners, brutal murders (even if, we discover, in Japan it is customary to think that there are no murders), newsrooms, criminal alliance linked by the ruthless Yakuza. In short, the perfect horizon for Michael Mann and for fans of the genre who, to their surprise, will be pleasantly surprised and struck by the deconstructed approach of a series like Tokyo Vice.

“The best newspaper in the world” 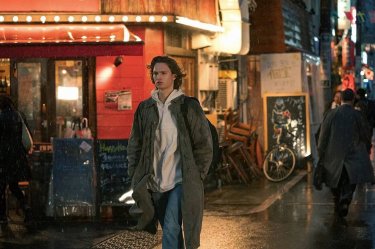 Speaking of newsrooms: the true story of Tokyo Vice revolves around Jake Adelstein (Ansel Elgort) who, in 1999 (in 1993, actually) moved from Missouri to Tokyo with the aim of joining the prestigious editorial office of Yomiuri Shinbun, a newspaper so conservative that it considered itself “The best newspaper in the world”. The exam written in Japanese is not exactly a walk in the park, but Jake is good, prepared, confident (perhaps too much) and latently arrogant. A mix that will lead him to be the first external journalist to work within the newspaper. He starts from the bottom, he has to abide by strict rules and, in the meantime, he tries to avoid homesickness. Not only that, he is frowned upon by many collaborators and by the director, consequently clashing with a reality opposite to that linked to the Asian heritage, which should not include racism or work ostracism. 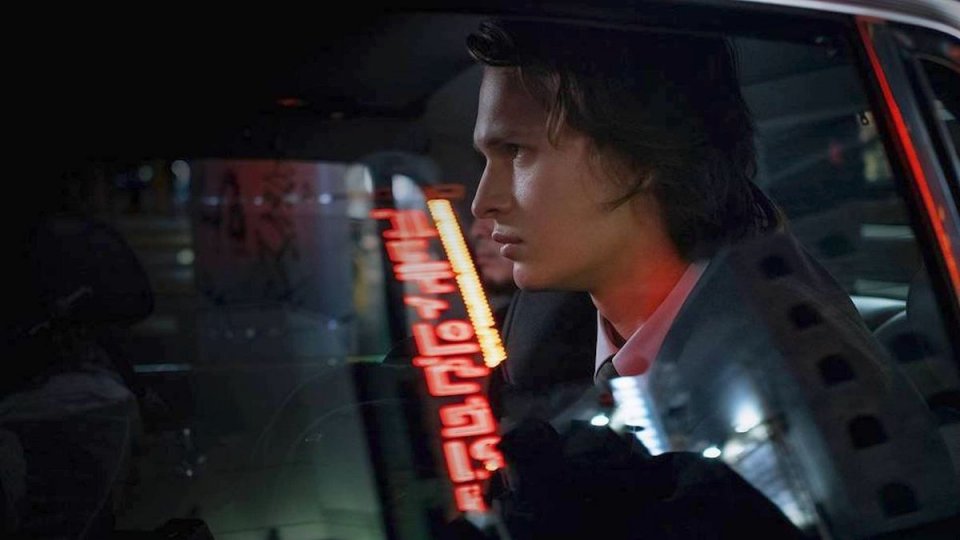 However, Tokyo Vice, in addition to leafing through criminal pages and pages, is also an interesting series that illustrates the internal reality of an Asian publishing giant, taking us in the middle of a huge and complex editorial office. An interesting vision, which travels parallel and continues to the main storyline. A double path that gives the narrative speed, emphasizing the deep cultural differences between West and East on the shoulders of Jake Adelstein, intent on breaking the journalistic rules and the chain of cumbersome silences. He descends into the darkest meanders of the city and, taking advantage of the first assignment, joins the detective Hiroto Katagiri (Ken Watanabe), dangerously approaching the dynamics of the Japanese Yakuza.

Tokyo Vice, the series under accusation: “I doubt that half of the things narrated ever happened”

The truth beyond appearances 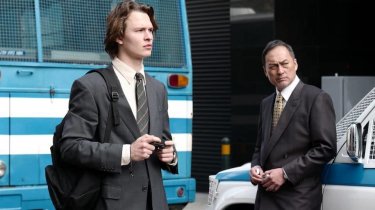 Based on the first episodes of Tokyo Vice it is quite clear to note the systematic and enveloping approach of the series, which on several occasions tends to distance itself from the genre to approach an enthusiastic journalistic investigation capable of uncovering the political and social aspects of a country. which, behind the perpetual neon lights and the renowned food, hides a marked amount of secrets. And therefore the quote to Miami Vice (taken from the title) appears to be the key to reading: a large and iconic city, crime, the truth that is brought to the surface. Whatever it takes. In this direction, perhaps a verbose thread, we can see how much there is the imprint of JT Rogers, playwright and author of numerous Broadway hits who, among other things, perfectly assembles the technical and artistic cast. In addition to two Japanese stars like Ken Watanabe and Rinko Kikuchi (who plays the uncompromising editor-in-chief Maruyama), Ansel Elgort’s dazed air makes the character even more lost and even more disjointed. Small curiosity: in 2013 Adelstein’s true story was to become a film, and Daniel Radcliffe was suggested for the role; only in 2019 the project became a series for WarnerMedia. 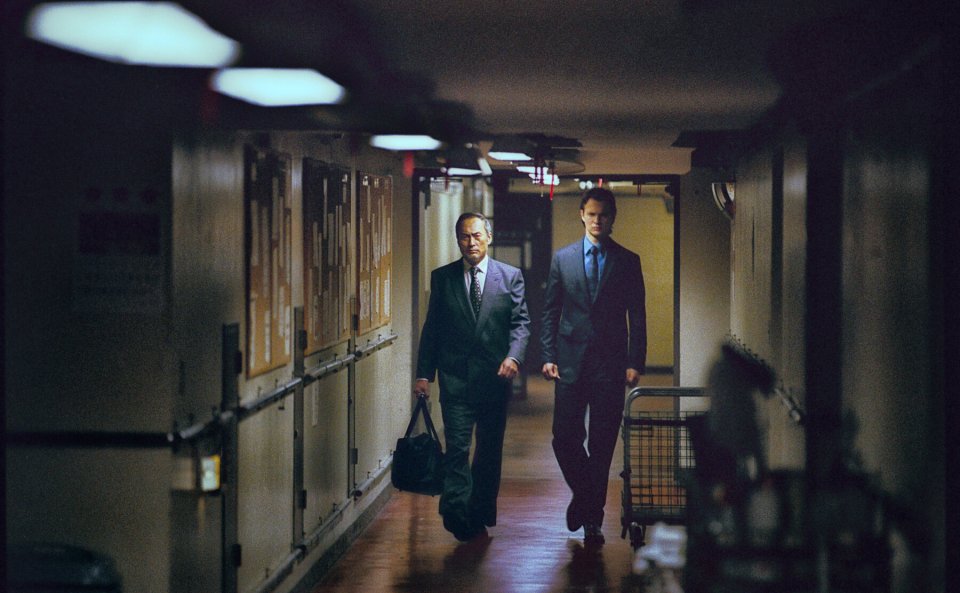 After the release, however, there were several grumbles: the story, according to some of Adelstein’s collaborators, has several invented passages, such as the fact that the journalist went undercover in the Yakuza. This is impossible in Japan, as it seems that not even the police act in this sense. Adelstein reiterated the truthfulness of the facts, and consequently the production also explained how much the series only wants to be entertainment material. Yet, behind the stylistic measure made fascinating and refined by Michael Mann’s poetics, the words are the true protagonists of the series: those that Jake Adelstein (re) seeks to establish himself and establish himself as a journalist, and those that he will follow to reconstruct a criminal mosaic that holds (also) the world of information. Because Jake, in the middle of the bridge that unites (or separates?) The West to the East, is the element capable of unhinging the rules imposed on the basis of an appearance destined to collapse under the inexorable weight of truth. Real or fictional whether he is him.

Based on the first episodes, we conclude the Tokyo Vice review by noting how much the aesthetics, combined with the strong sense of the story, make the work an excellent serial experience. The atmosphere, the performers and an interesting true story do the rest. Net of some passages that are not exactly explosive.

The atmosphere of a dark and secret Tokyo. The casting, perfect. An interesting and little known true story. There is the Michael Mann stamp.

Some moments, not suitable for those looking for a “faster” product.

the references to the Mother Series in the Finale

Amazon Prime Video – All content due this week (August 29th