The Last of Us: analysis of the teaser trailer of the HBO series

Between fidelity and innovation, analysis of the first teaser trailer dedicated to The Last of Us, the work of Craig Mazin and Neil Druckmann. 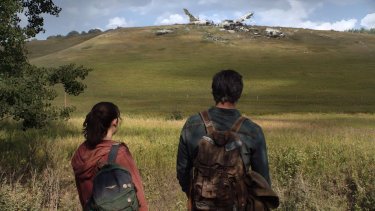 The Last of Us, videogame developed by Naughty Dog and originally published by Sony Interactive Entertainment for PlayStation 3 is one of the most representative titles in the history of this interactive medium. Since 2013, nothing has been the same: the writing of this work has revolutionized the way of conceiving fiction within the industry, while direction and atmosphere have represented a sublime union between cinema and video game. Users still remember the traumatic impact with the game world and still have in mind the decadent and melancholy journey of Ellie and Joel, two survivors in an America totally destroyed by a deadly epidemic that transformed part of the population into terrifying and brutal creatures. . A memory that, although alive, will probably be brought to light even more thanks to series HBO based on The Last of Us, with Craig Mazin at the helm and Neil Druckmann himself, author of the videogame. The debate on the title is already very heated and the recent teaser trailer of the show impressed the audience. Let’s analyze it in detail. 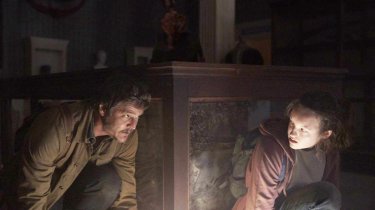 The Last Of Us: a photo of Pedro Pascal and Bella Ramsey

We come immediately to the first element that, from the first images published on The Last of Us, had not convinced part of the public or the choice of the main actors. If the involvement of Pedro Pascal (The Mandalorian, Game of Thrones) had satisfied everyone for good or bad, Bella Ramsey (Game of Thrones, Becoming Elizabeth) had instead triggered the controversy because she did not resemble the original Ellie. The teaser trailer silences, if you look at it with intelligence, this sterile diatribe: although it is aesthetically distant from the character, Ramsey is convincing, as is Pascal, because both the stage presence and the characterization of the two supporting actors (but even that of the secondary characters, apparently) seems effective and perfectly in line with the spirit of the videogame. Let’s not forget that Druckmann worked directly on the project, who certainly gave valuable advice on how to manage his narrative godchildren.

The Last of Us: Who we would like as Joel and Ellie 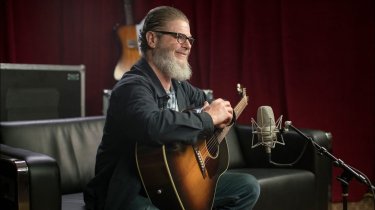 Even the background song selected for the teaser trailer is not random at all: Alone and Forsaken, a posthumous song by the famous singer-songwriter Hank Williams dating back to 1955, is perfect for several reasons. First of all it adapts to the story on a musical level, reproducing what the composer Gustavo Santaolalla had already achieved in the videogame (also involved in the television product), who built the pieces of the original work on country sound. In addition to this, even listening to the verses of the song, it is immediately clear that they follow the plot and what we see in the video: “The roses have faded, there is frost at my door, the birds no longer sing in the morning. […] Darkness is falling, the sky has turned gray and a hound in the distance begins to howl. “A text necessary to paint the narrative framework and the background. In an emotional crescendo, we arrive at the refrain that seems to describe the lowest condition of the humanity in the series: “Alone and forsaken by fate and man, Oh Lord, if you listen to me, please hold my hand.”

The Last of Us: what we know about the HBO TV series 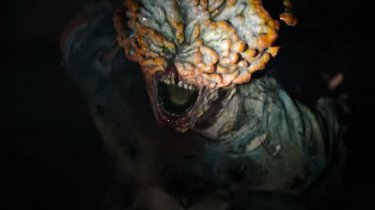 The most intense and terrifying moment of The Last of Us teaser trailer is represented by the meeting between the two protagonists and one of the frightening beings that haunt post-epidemic America: it is one of the symbolic entities of the videogame, or the scary Clicker. The name evokes the terrible sound they emit, a click that these monsters need to orient themselves, as they have the entire visual apparatus destroyed by a fungal formation that has also developed on the body like an armor. In the game they are among the most formidable opponents because they are very resistant and have superhuman strength and, precisely by virtue of the fact that they are blind, they must be attacked by stealth before they can react. Their representation on the small screen is extraordinary because in addition to reproducing an aesthetic similar to what is seen in the video game, it generates the same primal thrill down the spine that players have felt as they progressed through the Naughty Dog title.

Because The Last of Us is more than a video game, but a story that has infected our hearts 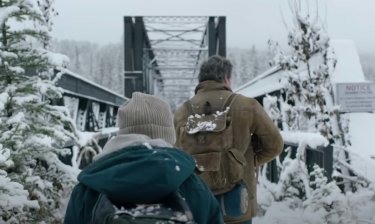 Speaking more generally of the atmosphere that this movie of The Last of Us evokes, the reflection leads us back to a familiar and known world. On the other hand, references to the video game are certainly not lacking and some scenes we see within the teaser are shot in a similar way to the sequences we played in 2013, such as the meeting between Ellie and Riley (contained in the Left Behind DLC ) or even the twilight ride towards the end of the video. Despite this, even the style of Craig Mazin (Chernobyl, The Hunter and the Ice Queen) emerges in all its particular beauty: the intense subjective of the characters suggest it, but also the suggestive shot from above that sees Joel and Ellie cross a snowy bridge. The result is a happy point of contact between fidelity and innovation, which aims to convince both those who have not experienced the videogame, and those who have had the opportunity to play the Sony Interactive Entertainment title.

The Last of Us: 10 things we expect from the HBO series

Ted Lasso 3: Are production delays and budget increases slowing the return of the series?

Otherwise we get angry: the video interview with Edoardo Pesce, Alessandro Roia and Christian De Sica