America The Beautiful, the review

The review of America The Beautiful: the new docu-series by National Geographic, streaming on Disney + from 28 September, is something you’ve never seen: revolutionary means of shooting, a particular eye and months of patient work. 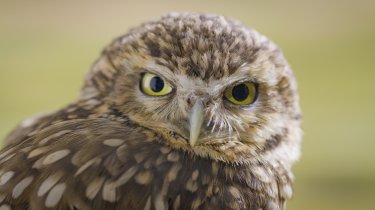 America the Beautiful: a scene from the docuseries

Documentaries, what a passion. So many of us have grown up with animal documentaries, and our children are doing the same. It often happens, once in front of the television, to see children literally hypnotized in front of the wonders of nature and the behavior of animals, large or small. But the documentary that we tell you in review of America The Beautifulthe new docu-series by National Geographic and produced by Wildstar Films, available in streaming on Disney + from September 28th, it’s truly something you’ve never seen. Revolutionary means of shooting, a particular eye and months of patient work to observe nature, a montage that turns the behavior of animals into a real story. Narrated, in the original version, by actor Michael B. Jordan (Black Panther, Creed – Born to fight), America the Beautiful takes viewers on a journey through the most spectacular regions of North America to discover the landscapes of the most diverse land in the world. world and its many creatures. The result is a spectacular and compelling tale, never seen before. 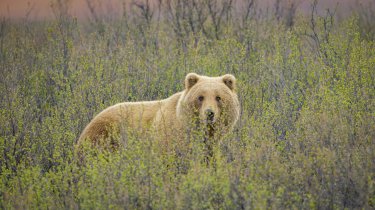 America the Beautiful: A picture from the series

America the Beautiful consists of six episodes: each one explores a different world and tells a new story. Land of Heroes is a journey from the ice caps to the desert to the shining sea. From grizzlies hunting caribou in the Alaskan mountains to prairie dogs battling a tornado, audiences will discover what it takes to be an American hero. New World takes us to the wetlands of the southeastern United States, where the boundary between land and water blurs and we will see black bears carrying their young cubs through alligator-infested swamps, dolphins coming to the mainland to hunt and the Florida panthers struggle to return to their lives after the peril of extinction. Northern Lands transports us to a world of rugged mountains, including Denali, the continent’s highest peak, and the Arctic tundra, where we will see grizzly bears and musk oxen, beavers and golden eagles struggling with the harshest winter in the continent. Wild West takes us to the southwestern United States, with those iconic desert landscapes, where we will see mountain lions scouring the Grand Canyon and gray whales face the longest mammal migration on Earth, while hummingbird moms raise their own. little ones in the scorching heat. Outback is a journey into the heart of America, with the greatest temperature changes and the wildest storms on the planet, where bison, wolves, burrowing owls, bobcats struggle to overcome the elements. Land and Water tells us about a growing group of people who are fighting to preserve the most iconic animals and the wildest places.

25 films and documentaries on the environment to see 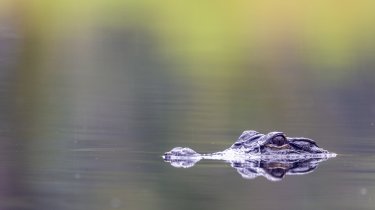 America the Beautiful: an image of the docuseries

America The Beautiful is a jaw-dropping documentary series. To achieve such a result you need great means, great resources, a lot of time, a lot of patience, and that particular eye that only those who have observed animals for a lifetime can have. To understand what we are talking about, you just need to know that America the Beautiful is the first natural history series to use cameras on fighter aircraft. A new range of remote cameras and gyro-stabilized cameras have been used to capture the behaviors of animals that are more difficult to see. All this to make you understand how America The Beautiful is a journey from the infinitely large to the infinitely small. Air flights take your breath away along mountain ridges. And then a careful look at the smaller animals. Huge and tiny come together in this story to show how wild nature is all of this. And how it should be preserved. 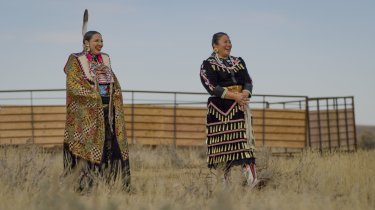 America the Beautiful: a moment in the series

America the Beautiful, therefore, is an important message for the new generations, and for this reason it is a program suitable for young people and the very young. But, beyond the message, it is a real show to see together for the whole family, for how it manages to create, every time, an exciting story. We are often used to seeing animated films with our children in which animated animals have a series of adventures. The beauty is that, in America The Beautiful, we see real animals in adventures and gestures worthy of a written and animated story, clumsy, funny, ingenious. Except it’s all true here. And then we must really applaud the mastery of the observers, who have scrutinized the life of animals for months and months, and were so good as to organize everything into a story, which often seems to be written by a patient screenwriter.

As we told you in the review of America The Beautiful, the new National Geographic docu-series is really something you have never seen: revolutionary means of shooting, a particular eye and months of patient work to observe nature, a montage that makes become the behavior of animals a real story. The result is a spectacular and compelling docu-series never seen before.

The extraordinary means used to sign nature and animals. The eye that allows us to see the protagonists and to experience the story as a tale. The painstaking patience of observation. The message of protection of the natural heritage.

It may not appeal to those who do not like documentaries on nature.

Fate: The Winx Saga 2, the explanation of the ending

The Old Man, the review

The Old Man, the review

Jonathan Majors could play Dennis Rodman in 48 Hours in Vegas