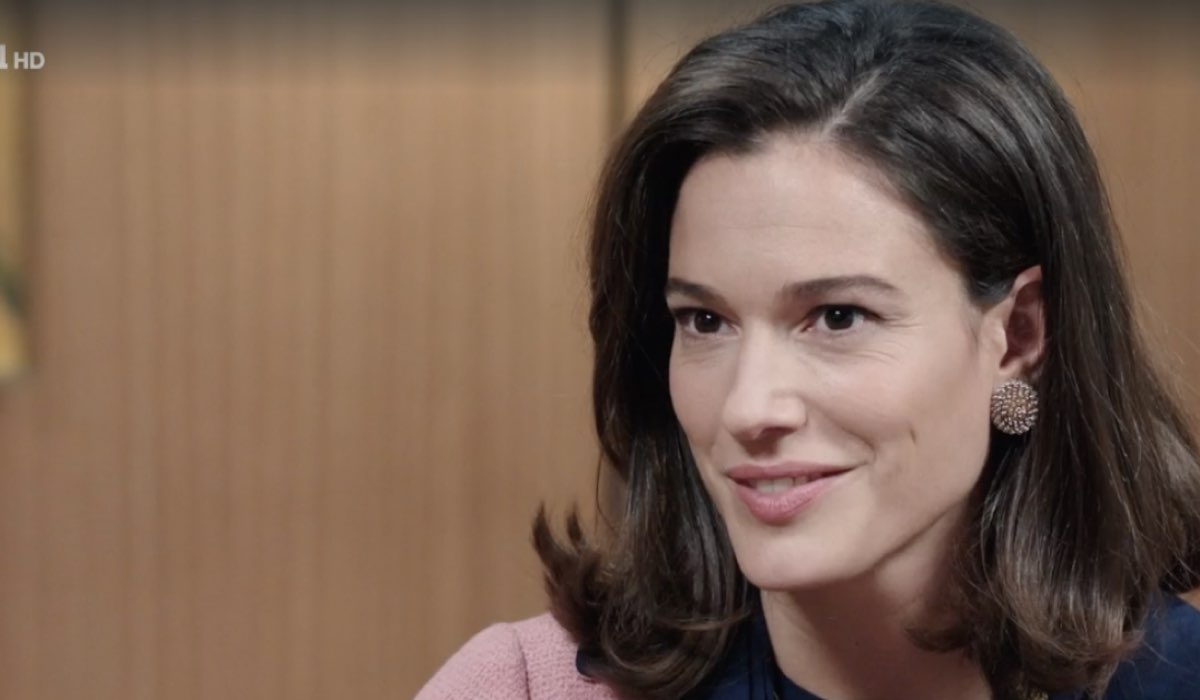 Vittorio (Alessandro Tersigni) feels bitterness for not being able to take back Paradise. He feels stabbed in the back by Adelaide (Vanessa Gravina) and from Matilde (Chiara Baschetti), who introduces herself to the whole team of the department store.

Veronica (Valentina Bartolo) is afraid that Ezio (Massimo Poggio) forget the anniversary of their first meeting. Gem (Gaia Bartolo) tries to cheer her up.

Savior (Emanuel Caserio) wants to participate in a race where tickets for a cruise are up for grabs. If he wins them he could surprise ad Anna (Giulia Vecchio). Irene (Francesca Del Fa) agrees to give twist lessons to the young man. In the course of the tests, however, the Cipriani it hurts.

Matilde reflects on how to play the role of deputy Adelaide to Paradise. He asks her to be able to exercise it in total independence.

Adelaide grants to Matilde the freedom to manage his role in Paradise as he sees fit. The Countess places only one condition: that she undertakes to destroy the hated Flora (Lucrezia Massari).

Gem asks for support from Stefania (Grace Ambrose) to make sure that her mother’s fears don’t come true and that Ezio don’t forget the anniversary of the first meeting with Veronica.

After the injury, Irene proposes that it be Elvira (Clara Danese) to accompany Savior at the twist competition.

Marcello (Pietro Masotti) contact Adelaide and makes her share in his plans. The Countess decides to support him in the long social climb.

Umberto (Roberto Farnesi) and Flora (Lucrezia Massari) begin to tremble due to the increasingly predominant presence of Matilde to Paradise. Frigerio, for her part, is determined to earn the trust of Vittorio.

Ezio is organizing a surprise a Veronica. The occasion is their anniversary. The help of Stefania and Gemma is essential for the success of the initiative.

Elvira not sure if participating in the twist competition is a good idea. She has second thoughts because she’s afraid of being made fun of about her physique. Saviorwith his sweetness, he tries to make her change her mind.

A Rai troupe arrives at Paradiso to interview Stefania about his book. Marco (Moisé Curia) is disappointed with his girlfriend’s behavior in front of the cameras.

For Clara (Elvira Camarrone) It is a great joy to receive her bicycle fixed and refurbished. Armando (Pietro Genuardi) reveals that it is thanks to Alfredo (Gabriele Anagni).

In cafeteria Salvatore and Elvira they come back victorious from the dance competition. At Casa Colombo, in the meantime, everything is ready to welcome Veronica in the best way.

Stefania find a way to be forgiven by Marco. She realizes that not mentioning him in the credits for the book during the interview was indelicate.

Adelaide has a clear strategy in mind for Marcello. However, not everything goes as planned: the meeting with the Fumagalli banker takes an unexpected turn.

Maria (Chiara Russo) shows the sketches to Paola (Elisa Cheli). The mother of Matteo it spurs her to believe in herself. Flora, on the contrary, does not seem to appreciate them. Matilde she is of another opinion: she is struck by it.

The risk of not being able to produce the flagship garment of the collection is high at the moment Flora he continues to struggle to find the particular fabric he would have chosen. The person who could solve it all is Matildebut this would mean going against it Adelaide too shamelessly.

The Paradise family gathers around the TV to follow the interview with Stefania.

The butler of the Countess of Sant’Erasmo call Marcello to invite him. Adelaide would like me to show up at Villa Guarnieri.

Stefania it makes you participate Glory (Lara Komar) of her conquests, in the light of which the hope of getting her out of prison is still alive.

Matilde find a solution to the problem of Paradise. He doesn’t want it to be in the public domain. Marcohowever, he is aware of it. Vittorio he finds out from him and is impressed by it.

Adelaide let a Marcello who got his first job alongside one of Italy’s most illustrious bankers.

Veronica anxiously awaits the Sacra Rota to express itself in favor of the annulment of the marriage of Ezio. Stefaniameanwhile he receives a telegram. Indeed, THE telegram. Glory she is free: she has obtained grace!

The Italian trailer of the new film by M. Night Shyamalan with Dave Bautista

“Soleil I would have drowned her”, Sorge responds in kind

"Soleil I would have drowned her", Sorge responds in kind

Up to the last beat sixth episode advances

When episodes of The Big Leap come out on Disney +

“From the letter he made me understand that …”