We take the opportunity of the arrival also on Sky for subscribers to the Cinema package (included in the price) from 23 September, to offer you 5 series to see on Paramount +, selected from the unreleased ones arrived in Italy in conjunction with the debut of the platform. 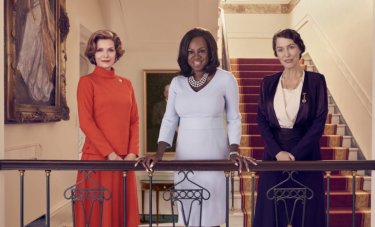 The First Lady: a picture from the series

A new platform has arrived in town: Paramount +, born in the US from the ashes of CBS All Access. We said it a few days ago by presenting the new service and explaining where you can see it, how to subscribe and what contents are currently present and are coming in the coming months. We take the opportunity of the arrival also on Sky for subscribers to the Cinema package (included in the price) from 23 September – also on Sky Glass, the new Sky TV, and Sky Q – to offer you 5 series to see on Paramount +selected from the unpublished ones arrived in Italy in conjunction with the debut of the platform. 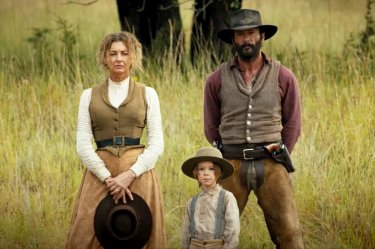 Let’s start with the prequel of Yellowstone, the Taylor Sheridan series that has created its own success against all expectations, thanks to the writing and staging that pay homage to the western genre and the cast of choice led by Kevin Costner. Elements from which a narrative universe is being born, as is now used on TV, of which this prequel miniseries is the first piece. The next one will be the other prequel, 1923, this time a multi-season series starring Helen Mirren and Harrison Ford, expected in 2023. The miniseries 1883 follows the events of the Dutton family, during the Gilded Age, after the American Civil War, as he crosses the United States from Tennessee to Texas to seek his fortune in Montana and build the Yellowstone Ranch: protagonists Sam Elliott, Faith Hill and Tim McGraw.

Yellowstone, the review: cowboy Kevin Costner in a modern-day western

2. The man who fell to earth 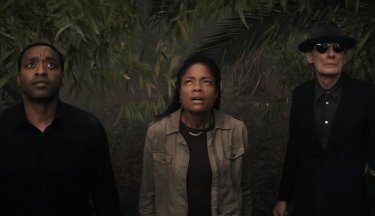 The Man Who Fell to Earth: A scene from the series

The Man Who Fell To Earth – The man who fell to earth is a comedy inspired by the 1963 novel by Walter Tevis that has already given birth to the 1976 film of the same name with David Bowie, of which it is a sequel, initially born for HULU and then for CBS All Access (later to become Paramount +), and finally gone on Showtime. Produced by Alex Kurtzman (Fringe’s) and Jenni Lumet (Star Trek: Discovery), the series focuses on the relationship between an alien and a scientist. Chiwetel Ejiofor (12 years a slave) is the being from another world Faraday while Naomie Harris is Justin Falls, brilliant engineer. The two will have to learn to work together to save two planets while trying to make peace with their past. In the cast also Bill Nighy (in the role that was of Bowie in the film), Jimmi Simpson and Kate Mulgrew and among the guests Martha Plimpton and Victoria Smurfit. Each episode is named after a David Bowie song.

Paramount +: where to see it, how much it costs and what’s in the catalog 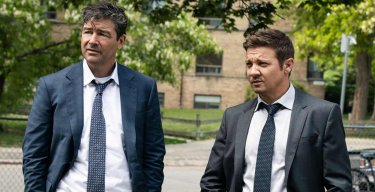 Mayor of Kingstown: A scene from the series

Another collaboration between Paramount + and Taylor Sheridan (of which Tulsa King with Sylvester Stallone will also arrive in November), Mayor of Kingstown is a crime thriller starring Jeremy Renner and Kyle Chandler, already renewed for a second season. The two play the McLusky brothers, a family that controls the title town in Michigan on the edge of legality, including private prisons. Justice and corruption collide and mix to bring to light a reality full of chiaroscuro. Also in the cast is Hugh Dillon, co-creator of the show along with Sheridan and brother of Matt Dillon, Dianne Wiest and Aidan Gillen.

4. Super Pumped: The battle for Uber

Super Pumped: Joseph Gordon-Levitt is the CEO of Uber

Born as an anthological series that in every season should tell the story of a company linked to current events, Super Pumped: The battle for Uber focuses on the birth of the famous ride sharing service. Starring of the first season Joseph Gordon-Levitt, Kyle Chandler (we also find him here) and Uma Thurman. This inaugural cycle is inspired by Mike Isaac’s book The Battle For Uber, adapted by Billions creators Brian Koppelman and David Levien along with Beth Schacter. At the center of the story is Travis Kalanick (Gordon-Levitt), founder and CEO of the company that revolutionized private transport and was soon ousted from the board of directors. The second season, already ordered, should be about a different book coming out by Mike Isaac, about Facebook.

Paramount + from tomorrow in Italy, here are the contents that will be available between films and TV series 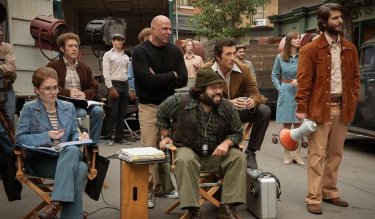 The Offer: a scene from the series

We close the 5 series to see on Paramount + with a product for all cinephiles listening, but not only. The Offer is a miniseries created by Michael Tolkin that wants to tell the behind the scenes and the making of, between unpublished revelations and already known curiosities, starting from the casting, which gave life to the realization of the famous 1972 cult The Godfather of Francis Ford Coppola, here played by Dan Fogler of the Fantastic Beasts saga. The colorful and diverse cast includes Miles Teller (Albert S. Ruddy), Matthew Goode (Robert Evans), Juno Temple (Bettye McCart), Patrick Gallo (Mario Puzo), Burn Gorman: (Charles Bluhdorn), Colin Hanks (Barry Lapidus) and Giovanni Ribisi (Joe Colombo).

The Godfather, 50 years later: the story of the film that has become a cult film