House of the Dragon, the meaning of Alicent’s green dress

House of the Dragon, Alicent’s dress

Because Alicent wears a green dress in the fifth installment of House of the Dragon?

Attention, from here on there will be reported facts narrated in the novels from which the series is based and therefore eligible spoilers on what could happen in House of the Dragon.

The tension was palpable at the royal wedding banquet for the wedding of Rhaenyra. After all we know that a Westeros marriages always have a nefarious ending. It is no coincidence that the late entry of the queen Alicent abruptly interrupted the king’s speech, very upset, starting the drama of the event.

Arriving late, Alicent overshadowed the bride with its imposing entrance. A bold choice for modern wedding etiquette. This gesture marks a time of change for the queen. So far she hasn’t been very exposed on a political level, but her green dress is an explicit statement that the lords present at the ceremony have well grasped.

King Viserys is still alive, but that hasn’t stopped Alicent to affirm the claim of his son Aegon as a legitimate successor to the throne, notwithstanding Rhaenyra has already been appointed. Previously, Alicent had supported his ex-friend, despite many a Westeros they were against seeing a woman on the Game of Thrones. But this episode shows how the relationship between the two has fractured, and how the queen’s green dress can represent one declaration of war to all effects. 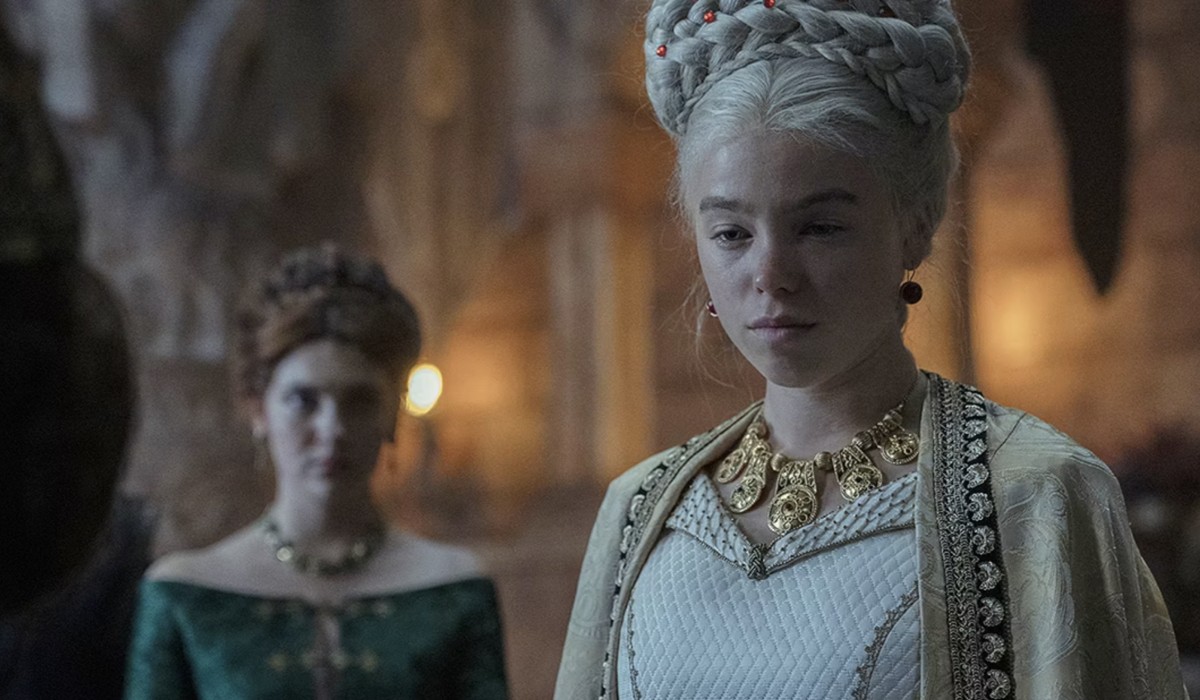 Milly Alcock in the fifth episode of “House Of The Dragon”. Credits Sky and Now

Find out more news from the House of the Dragon series!

The complexity of the succession and Westeros’ sexism mean that, so Rhaenyra has the crown without being contested, all other claimants must remain out of the game of the throne. This endangered the children of Alicent. Eventually, the queen sees the harsh reality and realizes that she must choose between her friend and her children. And that’s what she does to her with her triumphal entry into her.

What does green mean for Hightowers?

Although the message of Alicent with the color of her dress, wearing that dress wasn’t a true violation of a law. Larys Strong (Matthew Needham) informs his brother Harwin (Ryan Corr) that green is the color the Hightowers show when they call their standard bearers to war. It would have been appropriate for Alicent wear colors that recall the spouses, or rather the colors of the Home Targaryen. Even the newcomer Lyonel Strong wear clothes with traces Targaryen rossonere in his outfit. The little rebellion of Alicent is a clear sign for those who know the meaning of Home Hightower. 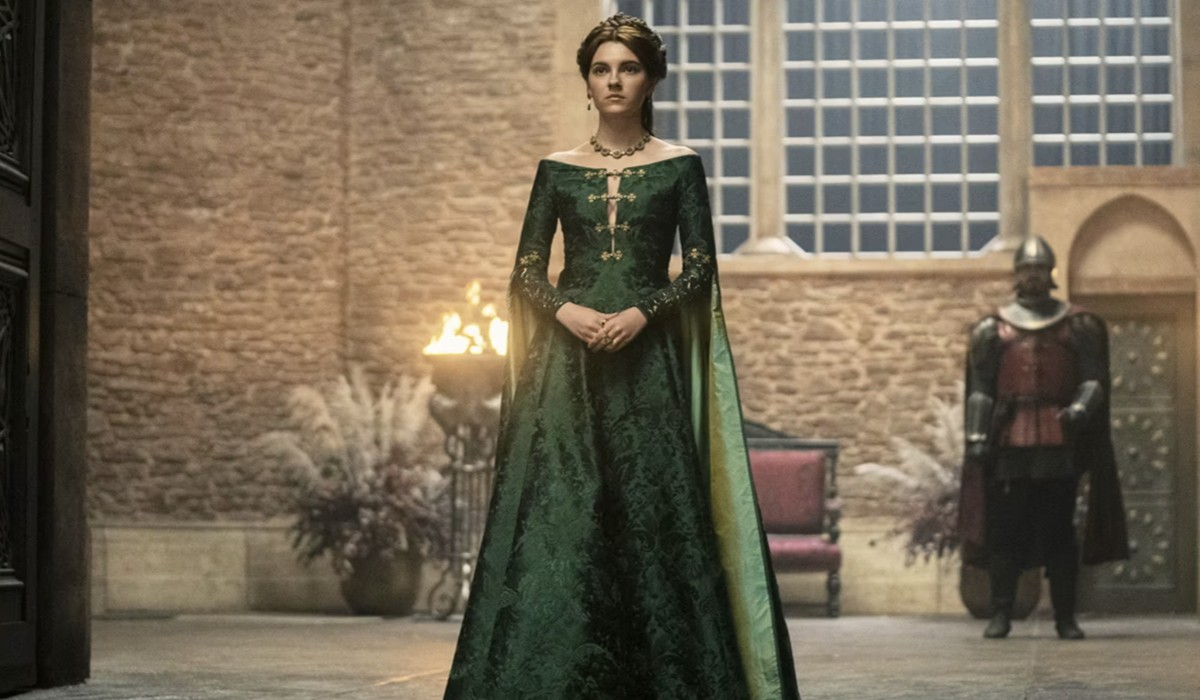 Emily Carey in the fifth episode of “House Of The Dragon”. Credits Sky and Now

Later, the uncle of Alicentlord Hobert Hightower (Steffon Rhodri) praises his niece, worried that with her father’s departure she will now feel abandoned, but with this gesture, she is proving to hold up the family name. Although the Hightower have an interest that Aegon you become king, many lords think alike and the dress of Alicent it was a calculated choice to send them a message.

This may be the first, but certainly not the last, of the green dresses of Alicent. In the next civil war, the Dance of Dragonssupporters of the son of Alicent, Aegonwill be called “green”, while the part of Rhaenyra takes the traditional color Targaryen and is called the “blacks”.

here is who was eliminated