Romulus: the second season premiered at the Rome 2022 party

The second season of Romulus, Romulus II – The war for Rome, signed by Matteo Rovere, among the previews of the Rome Film Festival 2022.

It will be previewed at the seventeenth edition of the Rome Film Fest 2022 ROMULUS II – THE WAR FOR ROME, second chapter of the Sky Original series signed by Matteo Rovere and produced by Sky Studios, Cattleya and Greenland in collaboration with ITV Studios. 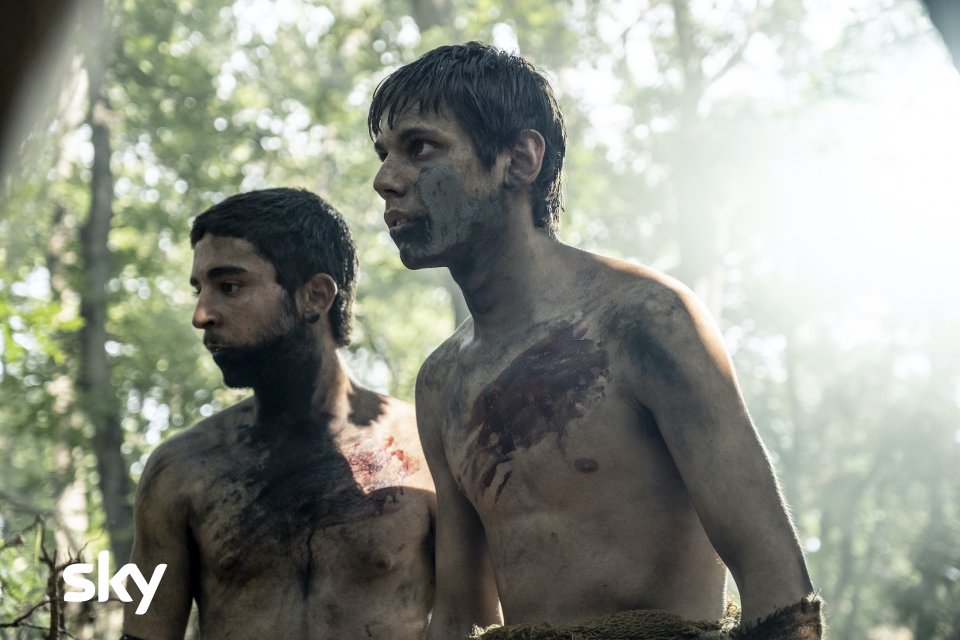 Romulus: Francesco Di Napoli in a moment of the first episode

Before the myth, beyond the legend, the birth of Rome as it has never been told in 8 new episodes of which the official trailer is released today. ROMULUS II – THE WAR FOR ROME will arrive from 21 October exclusively on Sky and streaming only on NOW.

To the protagonists of the first season Andrea Arcangeli (Yemos), Marianna Fontana (Ilia) and Francesco Di Napoli (Wiros) are added Valentina Bellè (I wanted to be a rock star, The man of the labyrinth, Catch-22) in the role of Ersilia, at the head of the Sabine priestesses; Emanuele Maria Di Stefano (The Catholic School, Drought) who plays the king of the Sabines Tito Tazio, son of the God Sancos, the most powerful enemy of Rome; Max Malatesta (Favolacce, Il primo Re) is Sabos, adviser and right arm of the king of the Sabines; Ludovica Nasti (The brilliant friend) plays the role of Vibia, the youngest of the Sabine priestesses; while Giancarlo Commare (Skam Italia, Male singular, La Belva) is Atys, the young king of Satricum. Sergio Romano (Amulius), Demetra Avincola (Deftri) and Vanessa Scalera (Silvia) also return.

Like the first, sold by ITV Studios – the international distributor – in more than 40 territories, the second season of the series was also shot entirely in protolatin. The directing team is made up of Matteo Rovere, Michele Alhaique and Enrico Maria Artale, former directors of the first season, and Francesca Mazzoleni (Punta Sacra, Succede). Filippo Gravino and Guido Iuculano return to the screenplay, joined in the writers’ room by Flaminia Gressi and Federico Gnesini. 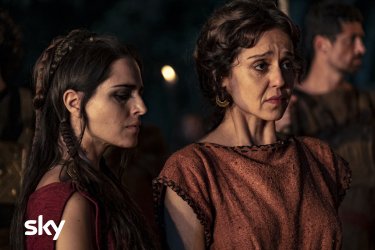 Romulus: A scene from the first episode of the Sky series

This the synopsis of Romulus 2: Yemos, Wiros, Ilia, the group of Ruminales and the citizens of Alba loyal to them have settled in what was once Velia, consecrating it a free and independent kingdom and giving it the name of ROME. This is why Tito Tazio, very young king of the Sabines, son of the god Sancos, feared and revered by his people, fearing the expansion of the kingdom beyond the borders, invites the two kings for a rite that will prove to be an ambush aimed at submission. . In this inhospitable land, Yemos and Wiros will snatch the Sabine priestesses, very dear to him, away from the king, in a sacrilegious but inevitable gesture. When the Sabines invade Lazio to reclaim women, Yemos and Wiros remain firm in their positions but in the face of war and destruction their partnership begins to show signs of an imminent crisis, because there can be only one king in Rome. Who will take the name of ROMULUS?

ROMULUS II – THE WAR FOR ROME is also the first Italian TV series certified totally carbon neutral, even at an international level. During the production phase, a close collaboration was initiated with Zen2030, an Italian benefit company which aims to reduce the environmental impact of the entire Italian audiovisual sector, on the path of net zero emissions. ROMULUS II – THE WAR FOR ROME was therefore able to benefit from the application of the Zen2030 Protocol, aimed at reducing the carbon footprint of film productions up to making them carbon neutral. A choice in line with the commitment of the Sky group which, with the Sky Zero campaign, aims to be the first media company in Europe to become Net Zero Carbon by 2030. Rome, In October exclusively on Sky and streaming only on NOW.

Django: the teaser trailer of the western series with Matthias Schoenaerts, premiered in Rome 2022

Umberto and Flora, a dangerous attraction!

Will Diabolical 2 be there? What do we know