Olivia Wilde, after trying to update mainstream comedy, now engages in a high-voltage sci-fi thriller to keep her passion for cinema alive. 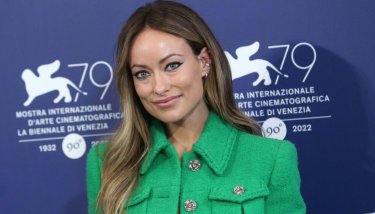 The highly anticipated arrives in Italian cinemas on 22 September Don’t Worry Darlinga film presented in world premiere at the Venice Film Festival (Out of Competition) which marks the return behind the camera of the actress and director Olivia Wilde. Although the reception of the press during the days of the Festival was a bit tepid (here you can read our review), it is a cinematic event awaited by fans from all over the world. Clearly, the focus is mainly on the stellar cast: in addition to the director herself, who has carved out a part for herself, the film ranks as spearheads Florence Pugh and the musician Harry Styles, two of the most loved and celebrated stars of the moment.

As if that were not enough, the hype of the public has grown more and more due to the numerous gossip and rumors that have been accompanying the release of the film for some time and that have found even more resonance at the Venice Film Festival. The removal (or presumed such) of Shia LaBeouf from the production, the relationship born between Harry Styles and Olivia Wilde, Florence Pugh who boycotted the press activity of the Film Festival, even the doubt of a real triggered move by the singer towards Chris Pine… in short, unlike what is mentioned in the title, there is a lot of material to worry about.

The revisitation of popular genres 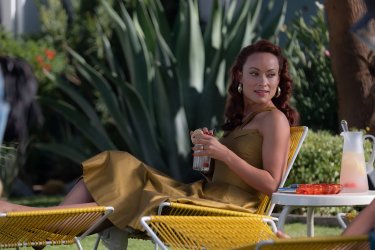 Don’t Worry Darling: Olivia Wilde during a scene from the film

Beyond these notes of color, however, it is necessary to shift the focus of the speech to try to accompany the audience in the room by concentrating on what is our primary passion: cinema. This is because Don’t Worry Darling, despite being an entertainment product deliberately packaged to find the satisfaction of large audiences, is the second piece of an interesting and very specific film path that sees Olivia Wilde confirming herself as a director able to enter well-established film genres to try to unhinge them and make them more contemporary. Let me be clear, such an interpretation could be misunderstood thinking of finding yourself in front of an unprecedented author who is marking the history of the most recent cinema thanks to her courage and her inventive ability. It is not so. But not so much because of Wilde’s demerit, but because it is not from her, much less from these productions so huge and mainstream that such a challenge can be expected. Don’t Worry Darling is indeed a great popular bandwagon. A film that does not want to try to wink at the most cinephile audience, but to entertain, amuse and excite the largest number of spectators who will sit in front of the screen because perhaps attracted by all the waiting we have just talked about. . Yet it is precisely here that the most interesting and subtle feature of the project lies. Wilde is well aware of the resonance and appeal of his film and, just as happened in the previous The Revenge of the Losers (2019), even with this new work he tries to catch the crowds by hook and then surprise them with a decidedly less film. conventional and less predictable than they might expect.

Don’t Worry Darling, Harry Styles: “We all live in a protected bubble” 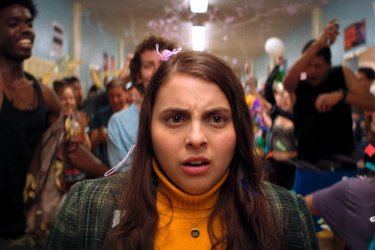 Revenge of the losers: the protagonist Beanie Feldstein

When in 2019 Olivia Wilde showed up for the first time in her career as a director (she who had previously starred in films like Tron: Legacy, In Time or Rush) skepticism was definitely in the air. Instead, much to the surprise of critics, The revenge of the losers it was warmly welcomed by the insiders who instantly labeled it as one of the best recent teen movies (here the review published at the time of the theatrical release). In fact, that film immediately became a small cult and still today makes use of a large group of fans thanks to a narrative and cinematographic form able to dialogue with the cornerstones of the reference genre (the project revolves around the long-awaited night of the student party at the end of the year), but trying to make them more fresh, original and contemporary. 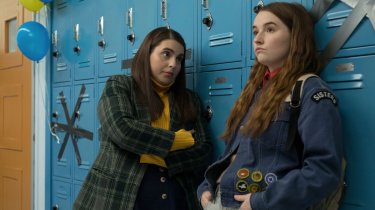 The revenge of the losers: an image of the two protagonists

Wilde proves to have a very solid hand in the control room and in The Revenge of the Losers he brings to the stage different language solutions not exactly common in products of that genre (slow motion, signs, subjective). Furthermore, even from a structural point of view we are “always” dealing with some stereotypes that go from Cinderella to the most recent Sex Education, but the film manages not to slip into any trap linked to politically (un) correct or to issues. social networks such as the inclusion or integration of the LGBTQIA + community. Yet, even from this point of view, The revenge of the losers pushes on the accelerator not afraid of showing off its most light-hearted, clumsy and, why not, imperfect vein. Just like his two protagonists who in the course of one night will risk compromising a very strong friendship that has united them since time immemorial. The film is exactly this: a piece of popular culture that dialogues with the public and the most popular taste of the reference genre, but having the courage to dress up as a “different” product and taking on the responsibility of losing some loyal lover along the way. , but also the certainty of finding the warmest embrace of those who play the game and let themselves be lulled by his story.

Don’t Worry Darling, Olivia Wilde: “I learned to be a director by acting in films of me..a” 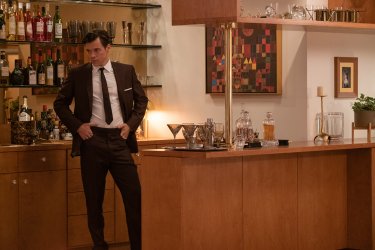 Don’t Worry Darling: Harry Styles in a scene from the film

Don’t Worry Darling, albeit veered towards far more distant genres and sensations, tries to replicate the formula. Time, of course, will let us know if this title too will win the eyes and hearts of audiences all over the world. However, the principle behind the project really seems the same. This time we move into the canons of science fiction films that mix with grotesque and dystopian plots. There is not much original and to be honest even the final twist is decidedly predictable and too “classic”. Yet the idea of ​​using the bodies and faces of Harry Styles And Florence Pugh to put them in a similar story is not exactly for everyone. 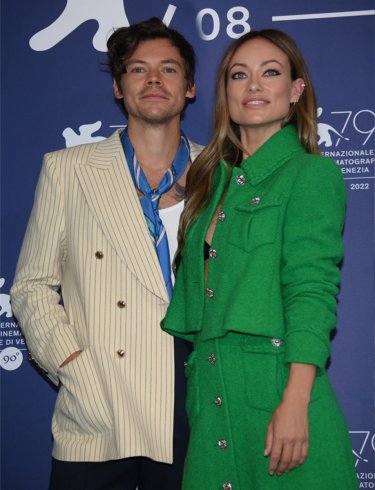 Wilde once again directs with a sure hand, knows where to best position the camera to recreate the action sequences and consciously uses set design and photography to immerse the audience in the delirious and tense vortex that will involve the protagonist. She is a director who proves herself perfectly at ease in horror as well as in comedy, but above all she demonstrates that she is able to control and make the most of the large production budget at her disposal. All this, however, to propose something uncomfortable, unusual, far from the most commercial logic. Once again, therefore, the director draws on tradition, the showcase exhibition to attract the carefree gaze of the general public and then, once her attention has been captured, she turns to try to raise the bar of the mainstream, daring to challenge the most certainties. consolidated in the sector and offering a look at the same time distressing and deadly at the service of a story that feeds on show business precisely to overturn it from within.

Rip along the edges, on Netflix streaming today

Elite is … the usual Elite in the official season 5 trailer