Three months after the cinematic release of The Way of Water, Avatar returns to theaters 13 years after its debut, inviting the general public to relive the thrill of the discovery of Pandora. 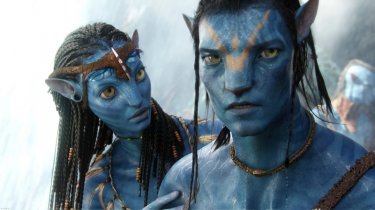 Neytiri and Jake Sully with the traits of a Na’vi called: Avatar, in a scene from the movie Avatar

Twelve years after the release of Titanic, James Cameron returned to the cinema with Avatar, an ambitious sci-fi project he had already announced he was working on during the press tour of the film with Leonardo DiCaprio. The author of Terminator and Alien 2 has always been attracted to the science fiction genre, which can in fact be defined as his first and beloved cinematic fetish, but also by technology and the possibilities it offers in the formal and structural evolution of the seventh art. At the time, he waited 12 years precisely to allow (and finance and supervise) the necessary and adequate technological development for the digital framework of his visionary next one, especially taking into account 3D and the physiological transformation of motion capture into performance capture. And in the end Avatar saw the light and the darkness of the room, becoming the film with the highest grossing in history, undermined only for a few months by Avengers: Endgame by the Russo brothers but immediately returned to the top of the charts with a new and specific release. 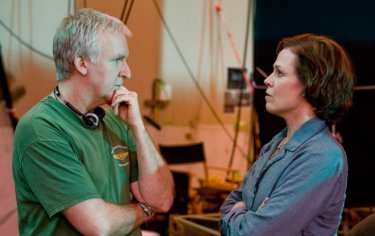 James Cameron with Sigourney Weaver on the set of Avatar

Despite the indisputable commercial success and a studied hype edited ad hoc for over a decade, however, Cameron’s space opera has seen at the time and still sees two specific critical camps: those who consider it a revolutionary and seminal title and those instead he thinks it is a superficial reinterpretation of Pocahontas, devoid of real narrative ideas and only flashy shell for a visionary show as an end in itself. On the occasion of the re-release of Avatar at the cinema, three months after the release of Avatar: The Way of Water, the second chapter of the announced pentalogy of the franchise, we want to ask ourselves about it: is there perhaps a more concrete truth in the between these two poles of thought?

The heart of Avatar 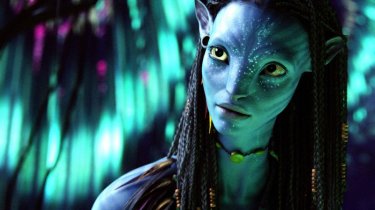 Neytiri, whose facial features were taken by the actress Zoe Saldana in a moment of the movie Avatar

Concretely, Cameron’s film is in fact a genre reinterpretation of the true story of Pocahontas, indigenous of the powhatan tribe who lived in the 17th century and told to the little ones in the beloved Disney classic. The house of Mickey Mouse has the primacy of having cleared its history and figure all over the world, albeit excessively fictional, but the indigenous who later became Christian represents ideologies that are much broader than a simple love story, especially as regards the defense of the environment, the protection and determination of one’s identity, the value of an affection so ineluctable that it can break any social or cultural barrier, disintegrate any form of stereotype and really make a revolution.
In this sense, as far as the heart of Avatar is concerned, the story of Pocahontas is well suited to be resumed and rethought to be somehow stable backbone of a strongly ecological space tale, against the exploitation of the planet and focused on safeguarding nature but also of the so-called native civilizations, critical for this against a forced and reckless cultural and landscape impoverishment of the invaded territories. 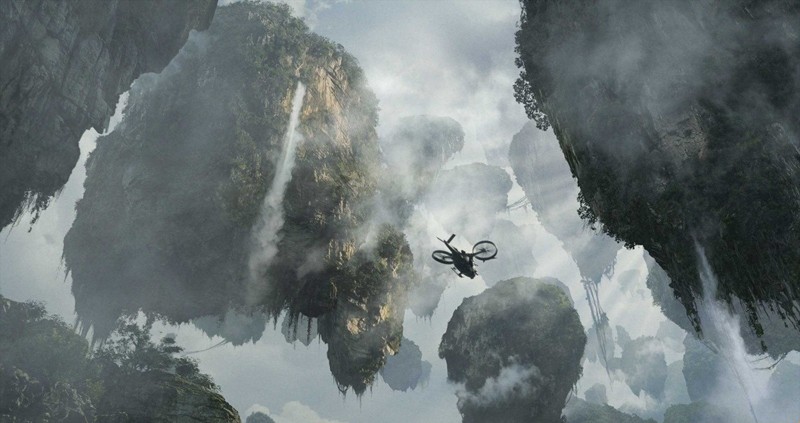 A landscape scene of the planet Pandora in the movie Avatar

Through the story of Jake_ and _Neytiri, Cameron tries to put on screen a basic cinematic reflection on the acceptance and respect of the different, both in the human and ecological sense – thinking about ecosystems -, criticizing the negative impact of consumerism, capitalism and of globalization with commercial or political expansionist aims on the environmental economy and on the socio-systemic fabric of the occupied areas to be destroyed and exploited. Nor does it do so in subtext with respect to the story of the love between an invader and an indigenous woman, supporting and promoting in this way the power of contamination between peoples and the understanding of different customs, underlining the strength of even personal and human growth. able to change the fate of a story paradoxically already written.

Avatar: The Way of Water, what the James Cameron sequel teaser tells us

The aesthetics of Pandora

The beautiful planet Pandora in a sequence from the film Avatar, directed by James Cameron

So yes, in its main narrative core, Avatar represents a reinterpretation in a space opera key of Pocahontas, but this does not mean that it should be intellectually mistreated like the Guido Anselmi Fellini with the most honest, cold and ruthless critical personification. Still citing 8 and a half, it is not always necessary to say something to make films, just as it is not compulsory to be understood by force of things. While working in the mainstream and entertainment, aware of his sincere passion for cinema as a form of pastime in addition to its high communicative and artistic value, Cameron nevertheless tries to insert a message into a work that, by its nature, is born above all as a great and reformative visual spectacle, “stealing” from history and popular culture to invent something different and personal, with its own clear stylistic and cinematic identity.
As functional and reasoned as they may be, as well as simple and direct and therefore immediately understandable, the truth is that Avatar’s narrative and dramaturgy represent an elaborate pretext to trigger internal confrontations and conflicts in the story and show and flaunt all the immense technological and aesthetic work done. about flora, fauna and the language of Pandora. 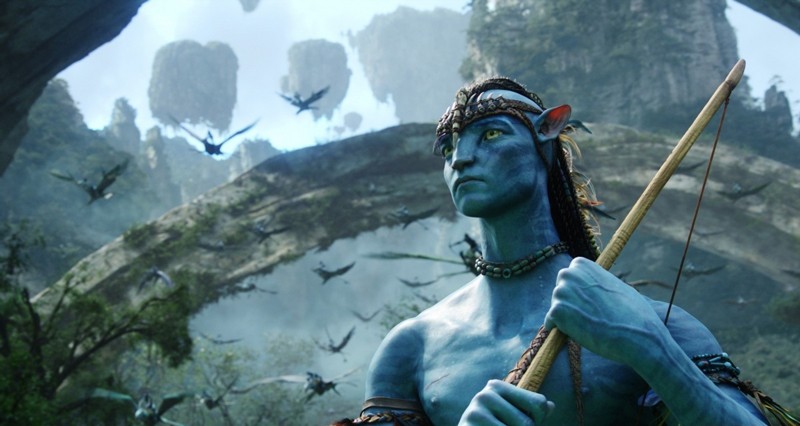 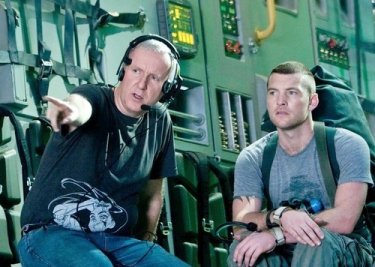 James Cameron and Sam Worthington on the set of Avatar

Cameron has in fact created an entire planetary ecosystem from nothing, imagining it on paper and then building it entirely digitally, one plant and one animal after another. The film represents one of the most amazing and complex mixes of live-action and digital animation ever to appear on the big screen, capable of pushing the medium itself beyond the point of no return in its most advanced technological expressionistic form. Just think of how the director and the producer Jon Landau have managed to evolve motion capture into performance capture inspired by Madonna’s concerts: “We thought: if she can dance and sing for an entire concert with a microphone in front of her face, why not replace it with a small camera to get the actors to act. “So as to capture images in real time and immediately redirect them to the visual effects sector to re-process them frame by frame, pore by pore, and create something extremely realistic and real”.

Avatar: The Way of Water, James Cameron: “There’s a reason I waited 13 years to make the sequel” 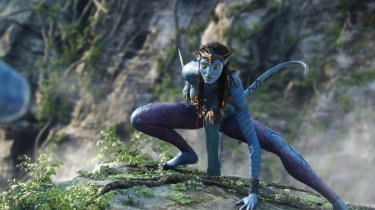 Neytiri, of the Na’vi clan in a sequence from James Cameron’s blockbuster film, Avatar

The reference is obviously to the Na’vi, an indigenous population of Pandora with humanoid features but almost three meters high, blue and luminescent. Being essential to make them as expressive and credible as possible, on the verge of suspending disbelief, the author waited a long time for the most effective way to digitally record and rework an actor’s performance, so as to then transform it with the VFX into a Na ‘you. And he succeeded and surprised, packaging a product in all respects innovative in scope and scope, so surprising in impact as it is clear in its intimate and environmental content that it prompted Cameron to want more, to further expand the vast world of Pandora to explore. the evolutionary potential of an auteur franchise resting on the laurels of success and ready to occupy the next decade of cinema even more deeply and with an ever more innovative thrust. If Avatar is still a revolutionary Pocahontas in space today, The Way of Water and the following chapters will now have to demonstrate their narrative independence and take bolder – albeit uncertain – steps, so as to once again make clear the crystalline ambitions of a ‘work that has not yet exceeded the expectations of its artist but ready to thrill the public again.