It was September 22, 1982 when Casa Keaton made its US debut on NBC. Let’s see together 5 elements that make the series with Michael J. Fox unsurpassed, a real symbol of the 80s in which it was born and developed. 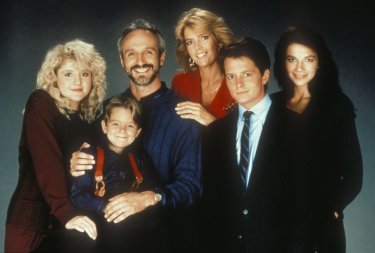 Casa Keaton: a promotional photo of the series

What would we do baby, Without Us? The opening of Keaton House, so focused on family ties (on the other hand the original title Family Ties spoke clearly), but we draw on that verse to ask ourselves what we kids of those years would have been without having that sitcom. The series with Michael J. Fox was a real milestone of television, a symbol of the 80s in which it was born and developed, strongly linked to its protagonist but capable of building around him a group and unique, interesting and , why not, hilarious. Running for seven seasons, the NBC sitcom has not limited itself to consolidating its protagonist’s appeal to the general public, but has also welcomed and launched many performers who have established themselves in the following years, alternating as Guest Star over the course of the series. , as was often the case with major American television productions, from Tom Hanks to River Phoenix and Courteney Cox. 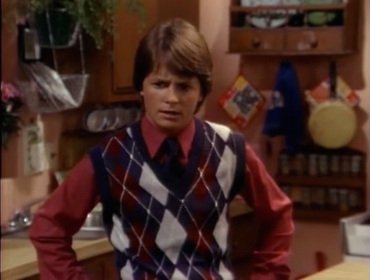 We can only start from him, from what we all consider the absolute protagonist of the Keaton House, and not without reason. But in reality it wasn’t like that right away, because Michael J. Fox has become Alex P. Keaton only after he gave up the role Matthew Broderick. A curious coincidence, given that in the same period the actor found himself replacing Eric Stoltz on the set of Back to the Future and that the two titles, the Robert Zemeckis film and the NBC series, were shot at the same time: Michael J Fox found himself working by day at Casa Keaton and by night on the cult that made him the star we all love. In any case, Alex P. Keaton has in fact become the protagonist of the sitcom, initially designed to tell the story of the parents Steven and Elyse Keaton, when the authors realized the success with the public of the role of Fox, during the live recordings of the fourth episode. The result is that the young Keaton Republican became a real television icon of those years, one of the roles that helped consolidate the fame of the then very young actor.

Back to the Future: the cult with Michael J. Fox turns 30

2. Reflection on the American socio-political context

Alex is a young Republican, perfectly inserted in the logic of the rampant America of the 80s and the period of Ronald Reagan. A very interesting idea on which the authors of Casa Keaton have embroidered to tell an important change taking place in the American society of those years, which came from the hippie cultural movement of the 60s and 70s, of which the Keaton parents were part, for moving towards a new generation that opened up to socio-economic dynamics of a different type. The left-right, Democrat-Republican clash is staged in the family and generational dynamics of the Keatons and leaves more than a food for thought, as well as generating gags and situations capable of entertaining the public. The division is told, albeit in an area of ​​deep emotional ties such as the family one, staging a small microcosm in which to reflect a wider context.

3. The (a) typical American television family 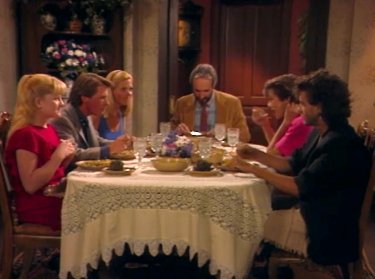 In this way the operation set up by Gary David Goldberg is somewhat similar and different from that of other similar sitcoms of the period: it tells of a family with its problems and typical situations to be faced in everyday life, but without giving up to stage something broader and deeper in terms of looking at contemporary reality, as on the other hand the author of Casa Keaton had already done previously with Arcibaldo. A different approach to the family story from what I Robinsons did a couple of years later, for example, or from Parents in blue jeans of the same period, who knew how to exploit his strong idea without letting go of the temptation to rely exclusively on the star rising that had among the protagonists, giving the right space to all members of the family.

The 15 funniest sitcoms to watch

4. The writing of Gary David Goldberg 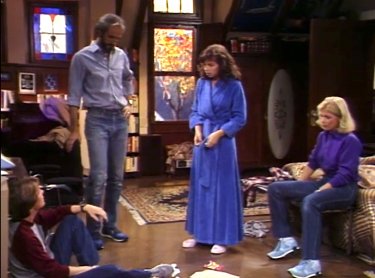 About the writing of Gary David Goldberg and its authors, capable of outlining each character in a timely manner, both in terms of characteristics of the individual and in terms of the story to be built around him, and also in terms of role within the Keaton family. The family ties of the title thus become fundamental in staging situations capable of conquering the public, passionate and entertain them from week to week, without repeating themselves and taking advantage of the different ages of the three boys of Casa Keaton to propose a variety of problems and gags suitable for a large audience. And without renouncing to propose the right evolution for each of them, also introducing an additional child in the following seasons, a marriage and other developments capable of showing the individual growth of each member of the Keaton family. 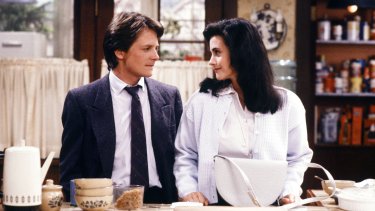 Keaton House: Michael J. Fox and Courtney Cox in one scene from the series

A growth developed over seven seasons and 176 episodes (+ a film), a long and articulated path that has been enriched, as mentioned at the beginning, by a large number of supporting characters capable of adding and creating new dynamics for the base group. It is therefore not surprising that many actors who were known at the time or who would become famous to follow have passed through the Keaton House. A few names? A priceless Tom Hanks in the role of Uncle Ned, brother of Elyse, or Courteney Cox in recent seasons in the role of Lauren Miller, girlfriend and then wife of Alex, or River Phoenix, Scott Valentine, Martha Plimpton, Corey Feldman, Geena Davis, Maura Tirney, Crisping Glover, Christina Applegate or Julia-Louis-Dreyfus. A parade of stars or future stars that also represents a pleasant game in reviewing the series today, 40 years after its debut. 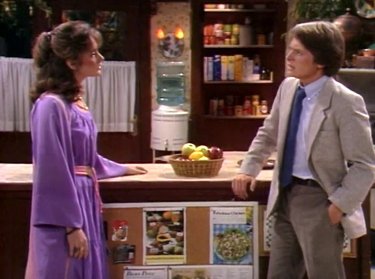 We wanted to add a final note, a bonus in every sense, which concerns the Italian programming of the series, a courageous plus that unfortunately found little following in the following years (so, let’s imagine, a response from the public below expectations): around the mid-1980s Italia 1 also broadcast the series in the original version with subtitles, in the early afternoon. A brave attempt to clear the original language and subtitles in unsuspecting times, well before DVDs offered us the ability to access undubbed content more easily (not to mention streaming in years to come). Too bad it was an almost isolated attempt, which would have deserved more attention. The writer was lucky enough to enjoy that version, to appreciate Michael J. Fox in the original language, and perhaps it is one of the elements that contributed to forming the preference for the original versions of films and series.

"The scene was just terrible"

the beloved presenter and actress comments on the breakup between Ilary Blasi and Totti, Michelle Hunziker and Trussardi

Antonito on a Diplomatic Mission? Lolita is opposed!