The review of Beast, the action thriller in the South African savannah that not even the charisma of Idris Elba can save from mediocrity, creating a film that has already been seen too much. 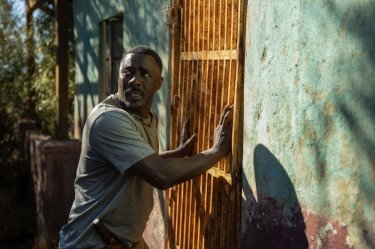 Beast: Idris Elba in an image

It is all too much already seen and explored, between themes and storylines, what happens in the new film Beast, from 22 September at the cinema with Universal Pictures. But not even a charismatic protagonist like Idris Elba is capable of saving a film that fails to go beyond the surface, as we will explain in Beast review. 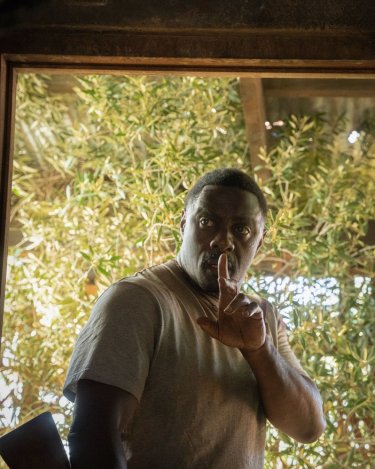 Beast: Idris Elba in a photo from the film

Trying to go fishing in the most ancestral survival movies – from the Predator saga to the Jurassic Park one – Beast tells of a father, Dr. Nathan Daniels (Idris Elba) who finds himself hunted in the South African savannah to his mother’s native country with his two teenage daughters. But hunted by whom? From the title beast, he reveals himself to be a huge lion with almost supernatural abilities and endurance. Why did he decide to attack? And why the Daniels? In a sort of struggle for survival mixed with an investigation, Nate and daughters Meredith (Iyana Halley, seen in The Courage of Truth – The Hate U Give and on TV in This is Us) and Norah (Leah Sava Jeffries, seen in Rel and Empire) throw themselves headlong into a journey through the most inhospitable savannah to find the answers and be able to return home.

Beast: Sharlto Copley in a scene from the film

Helping the family unit is Martin Battles (Sharlto Copley), an old friend of the family and wildlife biologist, curator of the reserve who organizes safaris for tourists and to make ends meet and preserve it at the same time. Right from the start, the relationship between Martin and the animals appears almost fraternal, visceral, as well as with the two grandchildren acquired; to counteract the relationship between Nate and his daughters is made up of silences and hard looks, full of unresolved issues, mainly linked to the illness that took their mother away from them. This journey to their family origins was supposed to be a therapeutic and healing journey, and instead turns out to be a waking nightmare. As if Jurassic Park met the Shakespearean dilemmas and locations as far as the eye can see of The Lion King.

Beast: A photo from the film

All the elements pitted up to this moment will have reminded you of various audiovisual products that have tried to investigate the animal and human instincts, the relationship between the two “species”, starting with Jurassic Park to which this film it seems to owe a lot, but without that magical and fairytale aura, aiming rather at dry atmospheres all played on the sound and on the location as Predator and more recently Prey did. Director Baltasar Kormákur – who had already tried to challenge the film heights with Everest, Loose Dogs and Contraband – and screenwriter Ryan Engle (Rampage, Non-Stop), who worked on an original story by Jaime Primak Sullivan, however, they fail to come up with something innovative and that really captures the viewer’s attention. Going on the issues, even there it is not possible to scratch too much under the surface, leaving the “cathartic journey” of the protagonists and their unresolved issues actually little addressed and in-depth arrived at the epilogue. 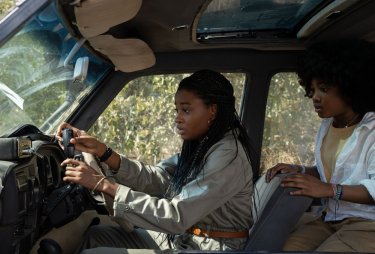 We try to exploit and enhance a suggestive location that wants to recall the most ancient origins of man and beast, with a CGI that is not always convincing used on animals, when perhaps the use of animatronic would have been more congenial. Even the most action and thriller sequences fail to hit the mark, because they have already been seen or beyond the threshold of the suspension of disbelief. This despite the fact that Elba tries hard but remains granite. There are three factions-forces fielded by the film: the Daniels family, which represents the nucleus of humans, the lion family, which represents the nucleus of animals, and the smugglers, who are not linked to the concept of “family” but rather act. only for personal and economic interest. The smugglers are prey and predators at the same time and could be the proponents of the problems for the two families. At the end of the review of Beast one wonders above all: what is the point of making a film like this in 2022? We are sorry to say, unfortunately, almost none.

We conclude the review of Beast by reiterating how the setting of the film (the location of the South African savannah and the “supreme predator” beast) and also the issues addressed (the healing journey of the family gap, the concept of prey and predator) have all already been addressed. , and better, from other works before. And given the massive CGI used, one wonders the meaning of making such a film in 2022.

The suggestive South African location. The inspiration for sagas like Jurassic Park and Predator. The idea of ​​the healing family journey …

… addressed, however, only on a superficial level and without a real resolution. Even the most action and thriller scenes know they have already seen.

House of the Dragon – Matt Smith reveals: “There will be no more jumps”

House of the Dragon - Matt Smith reveals: "There will be no more jumps"

How many bets does Bridgerton 2 have?

Marcos confesses! Here’s what binds him to the Quesada …