Avatar 2, James Cameron: “You won’t be able to predict the sequel’s story”

During a recent interview, James Cameron stated that the public will not be able to predict the story of Avatar: The Way of the Water.

James Cameronthe director of the highly anticipated Avatar 2, claimed that audiences will not be able to predict the plot of the sequel, the full title of which is: Avatar: The Way to Water. Released in 2009, the original film surprised audiences with stunning graphics combined with a story that won the hearts of viewers around the world, albeit with a few exceptions …

Set over a decade after the events of Avatar, the upcoming sequel will center on the characters of former Marine Jake Sully (Sam Worthington) and his partner Na’vi Neytiri (Zoe Saldana). The film will show the two protagonists as they fight for their family’s survival, and although the original was a huge financial success, some have criticized the story for being too simple and predictable. 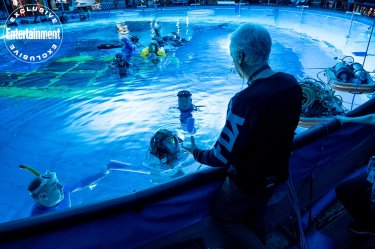 James Cameron’s official synopsis for Avatar: The Way of the Water reads: “Jake lives his life happily with Neytiri but Pandora still hides many mysteries. As a patriarch she will find herself fighting a tough war against humans.”

Ted Lasso and all his team are coming [VIDEO]

Ted Lasso and all his team are coming [VIDEO]

the trailer for the documentary on David Bowie, in cinemas in September!

The Paradise of the Ladies 6, Tina tells about the kiss between Agnese and Armando?

Batman, Josh Brolin remembers when he was almost cast by Zack Snyder for the role