The Sandman 2 season, Neil Gaiman is already hard at work

What do we know about the future of The Sandman 2 after its first season debut on Netflix? The second chapter of The Sandman is already being studied. To reveal it in an interview Neil Gaiman: the author of the comic spoke about it with Radio Times while providing an update regarding the development of the Netflix-commissioned series. Below are the words of Gaiman:

There are three of us, showrunner Allan Heinberg, David Goyer and myself. We just finished writing the first episode, planning and establishing the first two seasons, so we’ll see what happens next.

Currently Netflix has only officially commissioned a first season of The Sandman, but it is encouraging to know that Gaiman, Allan Heinberg and David Goyer are already thinking about the future and have conceived the development of the story over (at least) two seasons.

When is The Sandman 2 released?

When is the Sandman 2 season released on Netflix? Waiting to receive the official green light from the streaming giant, we assume to witness the new episodes of the series in live-action in the course of 2023.

However, being the most expensive series ever made by DC Entertainment, it is possible that the realization of a new chapter will take even longer than expected, thus postponing the release date just as happened for the first season. 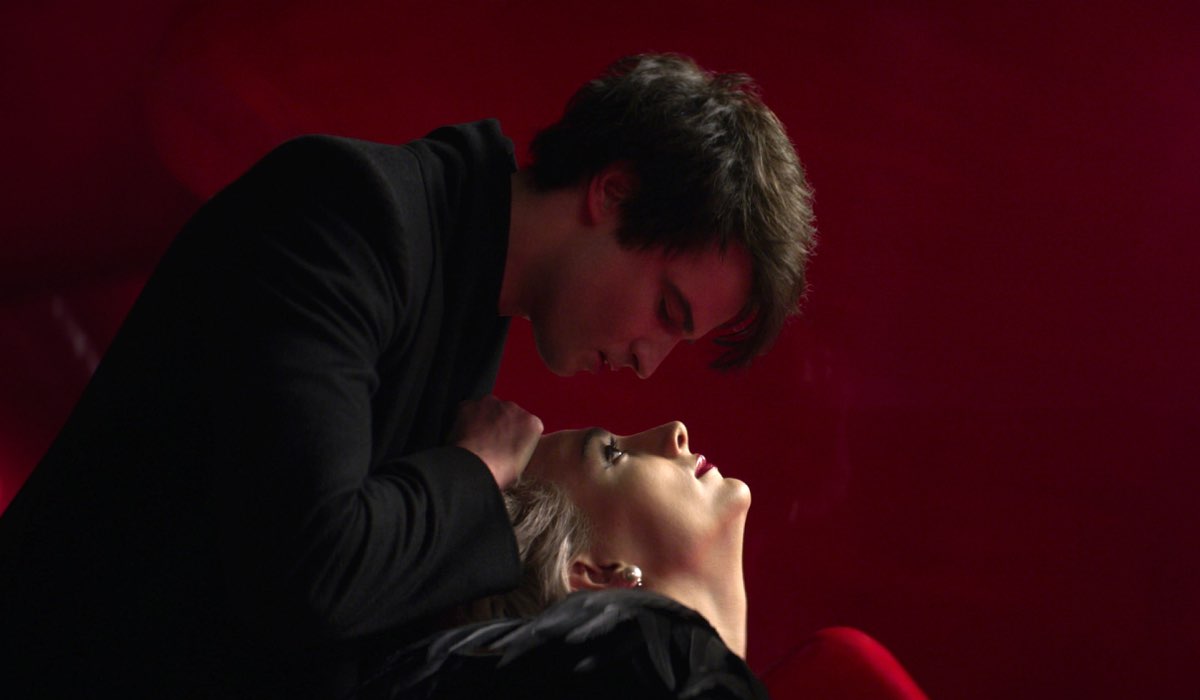 From Left Tom Sturridge and Mason Alexander in a scene from “The Sandman” Credits: Netflix

Published by Vertigo, a division of the DC Comics for 75 issues from January 1989 to March 1996, The Sandman comic created by Neil Gaiman he follows the events of a supernatural being, the Lord of Dreams, while he is intent on remedying many cosmic errors.

The first season, therefore, traces the vast mythology of Gaiman following Morpheus on his travels through the realms in search of the three tools of power that have been stolen from him: the sandbag, the helmet and the ruby. Episode after episode, Morfeo’s goal becomes more and more complex, until he reaches the great end of the season.

This leaves the viewer with quite a few questions, suggesting that they are only at the tip of the iceberg. What to expect now from the second season of the series? New clashes are coming for our Morpheus, especially now that Lucifer is about to put his new plan of revenge into action.

How does The Sandman end?

Is titled “Torn hearts“The tenth and final episode of the first season of The Sandman. Here we find the dangerous vortex ready to destroy the world of dreams forever, dragging the real one with it.

The only one able to prevent it is precisely Morpheus, King who has to deal now with the true nature of the vortex, a little girl. We are talking about Rose Walker, daughter of the only person able to recover from the deep sleep caused in humans after the disappearance of Morpheus. To complicate things is then the hand of the bitter enemy of our protagonist, namely The Corinthian, altered creation of Morpheus himself.

Fortunately, the Lord of Dreams manages to kill him as he had created him, however, unleashing total chaos. Real world and dream world begin to mix, giving rise to dangerous paradoxical scenarios. The vortex must be stopped as soon as possible, and therefore Morpheus prepares to kill the young Rose.

Suddenly, however, the girl’s grandmother intervenes, revealing that she is the true creator of the Vortex together with a man with golden eyes. Soon after, the woman sacrifices herself to save her granddaughter. At this point Morpheus discovers that the man with the golden eyes is none other than his brother Wishimmortal like him who came down to earth to destroy his brother, failing miserably.

Cast of The Sandman 2, actors and characters

Who could return to the cast of The Sandman 2? Waiting to discover the old and new faces returning in the next chapter of the series, here are all the protagonists of the first season.

Episodes of The Sandman 2, how many are there

Waiting to find out more details on the production of the new episodes, we imagine to attend ten new episodes just like for the first chapter of the Netflix series.

The Sandman 2 trailer, does it already exist?

Looking forward to discovering the trailer of the new episodes, here is the clip of the first season.

The Sandman 2 streaming, where to see it?

In streaming, the second season of The Sandman will continue to be a production available in streaming exclusively on Netflix.

for critics it’s better than Game of Thrones

Sonic 3 – The Movie: What We Know About the Next Sequel

Fosca Innocenti replies, where to see it