the typical day of the boss of The Boys

Two in the morning Billy Butcher was as tense as a fishing line when he took the bite of a big trout and couldn’t sleep. The unmade bed and a painting on the French Revolution formed the backdrop to an old and messy room. Billy jumped up almost as if someone had rang the doorbell, but apart from him, there was no one. There was an inviting-looking quiche on the table, but Billy threw it into the dustbin without thinking twice. To dampen his anxiety, he wrote a letter to Becca, his wife. She had spent many days thinking about what his life would have been like if his wife had been with him in the best moments. He remembered all the coffee-flavored caresses and kisses along the California beaches.

But then the reality of the facts defeated the imagination and the memories. Billy knew that his wife had a child with that archenemy he so loathes: Patriot. Patriot. Here the pen with which he was writing the letter flew out of the window along with the blank sheets. Billy Butcher threw a few punches on the wall and after putting on his shoes, walked out of the house, slamming the front door. He hurried up the stairs and nearly tripped between the laces of his own shoes, laughing at himself and his state of mind. It was late at night and the white moon did not hide his beauty.

Billy Butcher was blinded with hatred 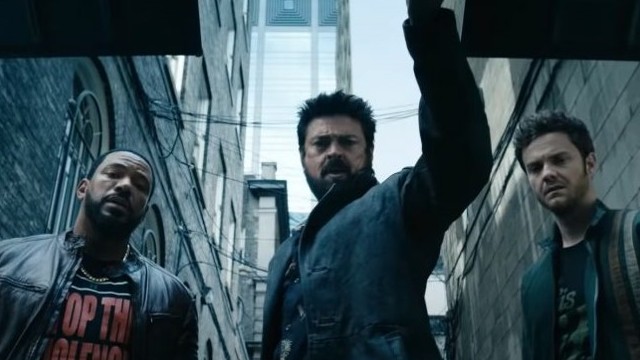 He thought about eating a sandwich at McDonald’s but then came up with a lackluster idea: hiring Temp V. The leader of the Boys knew that the only chance to beat the Supers was taking Temp V. And so, a few minutes later. , he felt stronger than ever, as if he were the greatest man in the world. He had no plans or plans, this time he wanted to attack Patriot without any kind of preparation. As he walked with his head held high through the dull streets of the city, a memory stood in his mind. It was like a beam of lights at the exit of a motorway tunnel, the memory spoke of his father and his mother. But it wasn’t a good memory.

Those were the years when he was a little boy struggling with the problems of adolescence. Those were the years when his father beat his mother for no reason. Or there was a reason. The father thought he was the strongest and with the right to dictate the law. A bit like the Super. ‘Super gross’ he whispered, biting his lip. Probably the anger that he carries around like a heavy baggage was born from those situations, from those tragic moments. And so Billy grew up with a burning goal: never to become his father. On his way to Patriot’s base, Butcher also thought about the Falklands War or his life as a Marine. A hard life full of sacrifices.

Billy had been forged by fear and hardship 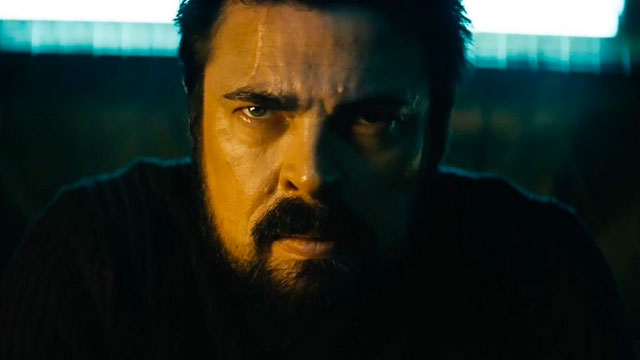 This aspect made him a real tough nut to crack. Spiderman would also have had a hard time against him. When he got to the Super base, Patriot wasn’t there. Nobody was there. His anger exploded and after looking in every corner for his opponents, he destroyed glass and devices. He took a lighter and burned every fragment, even a photo of a smiling Patriot next to his son. He thought he had missed a great opportunity but not the war. The goal always remained the same and until he captures Patriot, he will not have his soul at peace.

Meanwhile it was morning and hunger burned in the stomach like a burning fire. The McDonald’s sandwich was always a good idea and after skipping the line, he ate it in three seconds. In fact, he ate two. He argued with a few passersby for reasons that seemed vital to him. The first is that one of them had a Patriot shirt. It was a Stars and Stripes T-Shirt like the American flag. He also had an argument with an elderly lady who was crossing the street without crossing the pedestrian crossing. What then Billy always walked without crossing the pedestrian crossing. He also raised his middle finger at a policeman who happened to pass by without making a sound. Then he ran away like a child after his mother’s lecture. He also made a tongue out.

Before returning home he stopped to look at the city from one of the plateaus. She looked beautiful and themed for a party. Meanwhile, the Temp V showed her side effects. Billy Butcher was tired and sleepy almost as if all his strength were being lost. He thought about Becca and how much he missed his reassurance. From one of the highlands he yelled ‘Damn Becca’. He kicked a box that had probably been left there by some child and got out. He got out without haste and at a slow pace.

A few minutes later the phone rang. It was Soldatino. He was ready to hunt down the Patriot. Another day was about to begin and Billy was more ready than ever. Patriot had to die, whatever the cost. He gathered his entire team who now looked like a happy family at Christmas dinner. The war was about to begin. The super had to save the world. Billy Butcher had to save the world. The Supers were the cancer of society and had to be eliminated.