** Warning: avoid reading if you don’t want to run into SPOILERS on Only Murders in the Building, the mystery-comedy on Disney + **

Three episodes from the finale, Only Murders in the Building is granted a respite. As per tradition, the last episode had left us with a cliffhanger shock: Mabel went viral with a video in which she appears to stab “The glittery person” with a knitting needle (here you find our review). Did she really stab that person or was she framed? We would love to know more, but the new episode, released on Disney + Tuesday 2 Augusttakes us on a trip to Coney Islandwhere for an intense second we thought we were about to witness a crossover with Mr. Robot. We are waiting for the truth with the same impatience with which Oliver awaits the paternity test. Instead the comedy-mystery by Hulu he allows himself the luxury of stalling with a more reflective, sometimes filling episode. A parenthesis that confuses the waters, adds new elements and throws an unprecedented into the fray Theo Dimas (James Caverly) and a hilarious one detective Williams (Da’Vine Joy Randolph), complete with a baby-assistant in tow. We just want to know if Oliver is Will’s father. Whether Mabel left Alice or what the mythomaniac artist is up to. We would like to know more about the painting by Rose Cooper. Then, who is trying to frame the trio? Who is the glitter person? In short, many questions, but still no certainty, although some are starting to appear solid clue. Basically we needed one introspective narrative pause to put the pieces back in place, as the title of the seventh episode weekly: Flipping the Pieces. In the meantime, if your inner little Sherlock Holmes just can’t sit idle, on the Hulu website you can vote for what you think is the number one suspect.

The puzzle to be rebuilt

At the beginning of the episode, the character of Selena Gomez wakes up in Theo Dimas’s apartment, surprised as much as we are. Could he be the mysterious person? No. And unfortunately we are still a long way from discovering their identity. Directed by Chris Teague and written by Stephen Markley and Ben Philippe, il seventh episode of Only Murders in the Building takes a respite, continuing on paternity theme, enriching it with new points of view. Oliver is concerned about the outcome of the test. Meanwhile, he provides us with a solution anti-gas in the belly themed A Chorus Line. We had the opportunity to meet the detective’s little son. Now we know something more about the relationship between the Dimas and, last but not least, we have known the father of Mabel.

A succession of flashbacklong last, takes us back to the protagonist’s childhood. The girl has never had a great desire to talk about her father and now we understand why her. Apparently the passion for puzzles, for mystery and for X-Files it originates from the afternoons spent with him, with whom he had a very strong bond. But no one had told her that he was very sick. So, since the stomach cancer took it away in just six months, Mabel he is afraid of being in the dark about things. The assault in the meter of her caused her a new one blackoutpresenting the bill of a trauma which she has not yet managed to overcome. 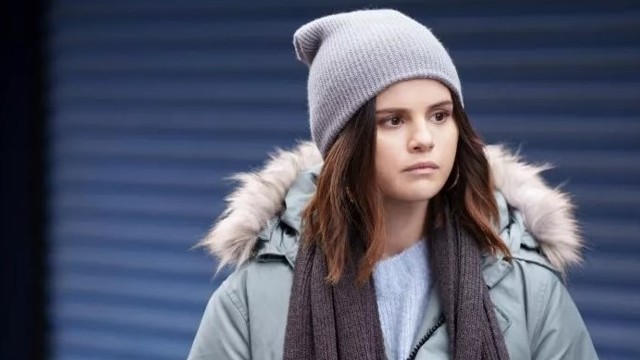 We didn’t think to say it, but luckily it was on the subway Theo, who seeing her upset brought her to safety in her apartment. After the initial confusion – and the understandable and realistic inability to communicate – the two discover that they are more similar than they thought. Will’s now increasingly eligible half-brother offers to help Mabel and accompanies her to Coney Island. During the attack, in fact, Theo managed to collect the pass that the glitter person lost while running away from Mabel, also taking her bag with him (and proof!). The trip out of town in the peninsular district, however, has not yet brought any certain results. Mabel was unable to find the matches nor to see the person’s face (Mabel, you could have tried!). On the other hand, she found a photographic clue. Furthermore, that job as a security guard brings with it numerous reflections on the identity of the suspect. It matters little. L’aim of the episode is to help Mabel gain greater awareness. She after all she has been able to compare herself with a her like her, with whom she establishes one tender connection.

The two have a lot in common. Both Theo and Mabel, in fact, are haunted by an unsustainable routine. They both wake up and fall asleep with a fixed thought: “What if it was my fault?”. Theo is plagued with guilt over the Zoe’s death while Mabel, now, also has to live with the blurred memory of the stabbing in the subway. Why do you still have doubts? We know she didn’t kill Bunny. So why when Theo reminds her what she was going to do, Mabel responds with that “again”? All very suspicious. Our mind, however, cannot stop thinking about how far Theo can go with a electronic bracelet. Either way, the latest events have helped Mabel realize that “reverse” the prospect of what he doesn’t want to see is never a good tactic.

It’s time to turn the tiles over. All of them. Otherwise I’ll never see the full picture.

Meta narrative humor is once again the protagonist.

While Mabel and Theo punch the moles, at theArconiaOliver and Charles are put under pressure by the detective Williams. After an entire episode spent showing us that they could not commit a crime even if they committed themselves, they decide to trust them and give the detective the bloody knife that the killer hid to frame them. In addition to the kilos of humor, the episode confuses the waters with new clues and misdirections. Other than the trio, only the police know that knitting needles aren’t the murder weapon in Bunny’s case (although we’ve seen him appear and disappear on the corpse in Mabel’s flashbacks!).

The detective will find the DNA of Mabel on the murder weapon? By exclusion, however, we begin to have some certainty. The glitter person is a man; the memory of Mabel shows Bunny without a knitting needle in her chest; the guilty is someone who must really be mad at the trio. Let’s not forget that the paperwork which identify all employees who work a Coney Island. In short, the guilty party has left. More or less imaginative theories flock to the web. There are also those who suspect that Serena accidentally injured herself while Poppy or Cinda are, at the moment, the most popular suspects. But Amy Schumer where did it go

And the meta-humor, once again, to score a new point this season that becomes more and more refined. The jokes of the detective on cringe comedy and reflections on screenwriters who would know nothing about how a really lives deaf and dumb are the pearls of this episode. A kind of filler episode which, perhaps, we did not need for the purposes of mystery, but we loved it. An honorable mention goes to the detective’s singing moment. What a voice! Arrived almost at the end of second season by Only Murders in the Building it is now clear that the mystery subplot is only a pretext for the psychological exploration of the characters, even the most marginal ones.

The glitter man is hurt, but he’s fine. At this point a less murder it’s always nice. However, there is a price to pay for the good news: in the backpack, instead of the matches, there is a photo of Charles along with his former goddaughter, Lucy. The episode ends with a blackout and many other questions. With excellent odds, after having confused the waters, the next ones will give us some new clues to keep us busy until the grand finale in which – we bet Will’s paternity – we will be amazed. The eighth episode of Only Murders in the Building awaits us streaming on Dinsey + next Tuesday 9 August.

READ ALSO – The sense of Only Murders in the Building

Mr. C’s talent in 4K UHD and blu-ray, the review

The Umbrella Academy 3 – The Review: The end of the world is back