“Bring yourselves back online.”
“Get back on the line.”

We have too many pending things to live all days the same. That pain that lasts a minute and yet sticks to iron like rust, or that joy that lives even less. Every moment of past history becomes the glow of a younger memory than the south, ours cornerstone: the story that makes us important, that gives us shape and purpose. He knows it well Caleb, helpless guardian of a commuting suffering, victim of a background that never gets old. Caleb knows this, but it is an awareness that lasts just the time of a life moment relived in the fidelity of the infinite, the one granted by the sadistic human uncertainty of an inhuman God which is the Halores of this 4 × 06 of Westworld. 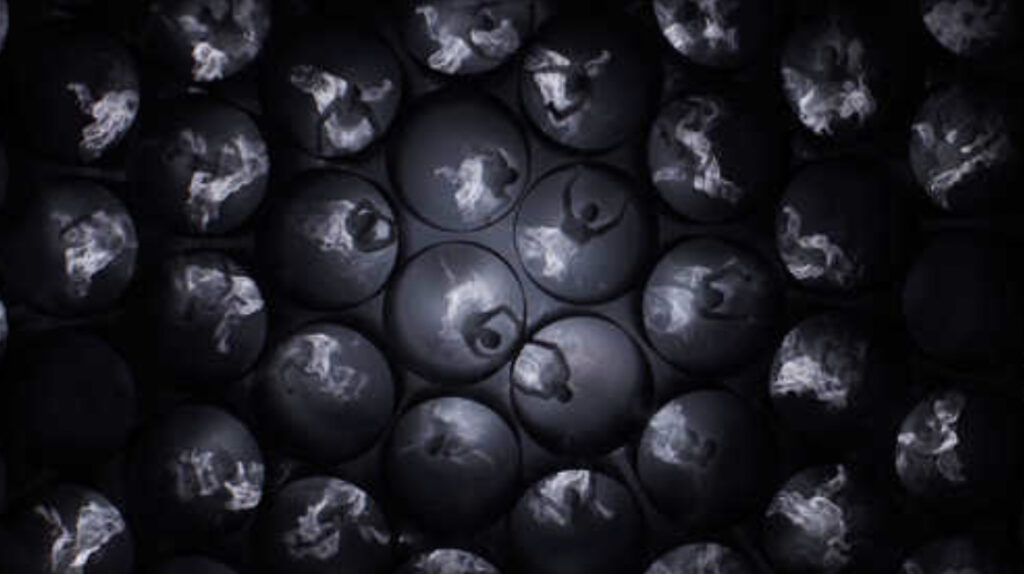 Caleb will live all days the same but he will never suffer the anguish of an eternal return, even if conscious. The imperishable nature of that repeated pain will be foreign to him, only intuitable through the look in the eyes of the copies of him now consumed by the fidelity test. Among the flames, in what now more than ever really takes on the traits of the failed fidelity test on James Delos in the second season, even that suffocating frame of the new theme acquires meaning, which sees human copies trapped in beehive-shaped incinerators, and that tell more than rhetoric of lost time, the one that grips the 23 years that separate the repeated hell of Caleb host from the human Caleb, who died in the park. Jonathan Nolan and Lisa Joy return to pay homage to the best known Christopher Nolan as it happened more often and more and more deliciously in the first season, giving to those 23 years to test the multidimensional sense of a majestic work such as Interstellar.

The 278th copy of Caleb manages to complete the fidelity test, reaches the radio and culminates its wallpapered and brief existence in a message to Frankie, his daughter. When that message – recited with excruciating convulsion and dramatic remorse by a Aaron Paul transcendental – crosses that dimensional millimeter that disavows Caleb’s non-existence, the reference to one of the most beautiful scenes in the history of cinema becomes precise and fluid, geometric like the Interstellar card: the 23 years of messages lost and then found by the Cooper of Interstellar (Matthew McConaughey) by his two sons, a warning of a promise (perhaps) eternally absent. 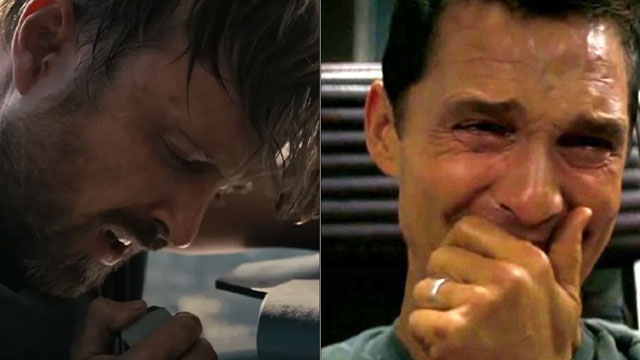 Of an episode that Westworld uses to make huge steps forward from a narrative point of view, the one at Interstellar, however, is not the only reference to Christopher Nolan’s filmography. In the paradox of a didactic beauty, however difficult to explain, the “prestige” of an episode is born that begins with Caleb’s copy number 278 which receives a messagea legacy that is the result of the mistakes of his old “generations”, and ends with the same copy of Caleb that passes a message to his next human generation (his daughter Frankie) in the unconditional and very remote hope that she will not make the same mistakes as her. This is the prestige, not surprisingly, also from an aesthetic point of view, because paraphrasing The Prestige “it is not enough to make something disappear, we must also make it reappear”. Like this, as if they were the acts of a magic numberthat message in Westworld 4 × 06 appears as the promise, disappears as the turning point, travels the invisible route traced by the human frequencies of Interstellar and ends up reappearing, at its destination, in a universal act of prestige.

A curious detail, during the path of the copy of Caleb, acts as a clue in the analogy with a frame from the first episode. As Christina arrives at her floor in the Olympiad building, in this review we had caught a detail that could not have been accidental in the meticulous refinement of Westworld: the number 47 / O which indicates precisely the plan of belonging, and that in this episode we find on the elevator from which Caleb’s copy 278 comes out during the fidelity testas a possible confirmation that there is an additional timeline. 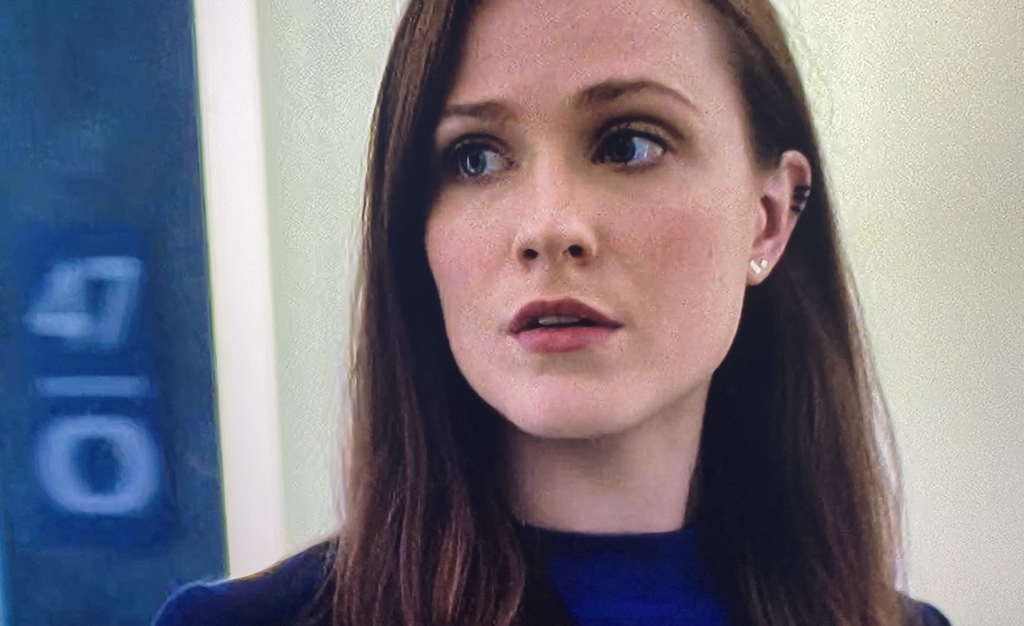 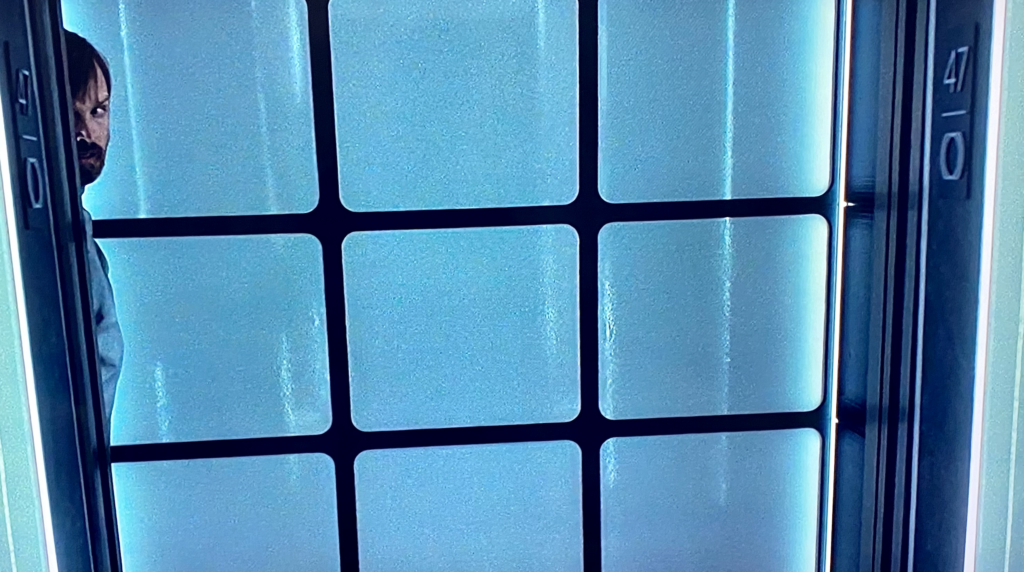 Yet, who more represents the obsessive search for perfection that characterizes the self-destructive literature of Great Dantòn (Robert Angier) in The Prestige is undoubtedly Halores. The latter becomes the conscious emblem of a species infected by the idea that the real is immediately understandable but frustrating, and that the human must therefore be surpassed. An idealization that sublimates in the transcendent warning of the Great Dantòn when he says that “man goes beyond what he can grasp”, and that seems to be an assonant echo to the philosophy of Faust told in the work of Johann Wolfgang von Goethe.

Faust dissolves its own nature as it seeks to find that universality, that transcendent perfection. Thus the Great Dantòn, so Halores. The latter, like Goethe’s Faust, ignores the immediacy of reality and the vulnerability of a life as fragile as thought itself, and in doing so almost unconsciously arrives in the order of thought that beauty is incompatible with truth. Here then is that Halores begins a nihilist work of art on a human scale moved by the naivety of an intention that is only ideally noble, and ending by cancel the need for a meaning in order to make the signifier autonomous. She involuntarily turns her to amaze, and she forgets to explain (to herself, above all), as with art. As during a magic number. 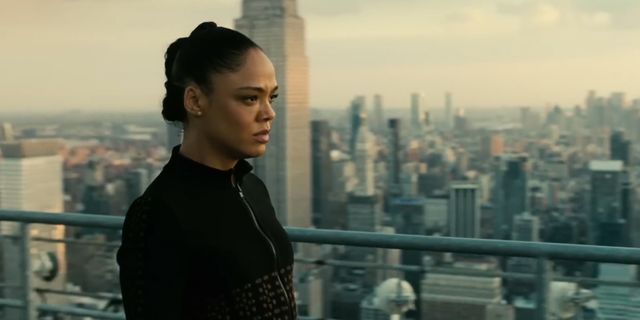 Luciano De Crescenzo argued that the effective length of life is given by the different number of days that an individual manages to live, and that the same ones do not count. And it is precisely through this diversity that Faust seeks in Goethe’s work that moment in which to be able to say to the moment “stop, you are beautiful” and accept a beauty in the world in which he still cannot believelike Dolores pressing against the narrow walls of Christina’s body, eager to be recalled.

That moment that Halores seeks and identifies in transcendence, but which ends up annulling itself repeatedly in rapid spark of pain that lasts a minutein the aesthetic amazement of a number of illusionism meaningless.

We have too many pending things to live all days the same, but sometimes a single moment is enough to live forever. And if we were to say “stop, you are beautiful” at the moment, then yes we could accept the end. Like Caleb in the infinity of a loop.

Can Yaman rejects Maria De Filippi’s proposal: the fee is too low

Prime Video reveals the release date of the TV series