Ready to travel to the Dreamlands? All volumes of Sandman, Neil Gaiman’s masterpiece, arrive with Panini Comics on the occasion of the release of the series on Netflix.

Ready to travel to the Dreamlands? All the volumes from SandmanNeil Gaiman’s masterpiece, come with Panini Comics on the occasion of the release of the series on Netflix.

Dream, also known as Sandman or Morfeo, is ready to make its entrance for the first time on our screens in the TV series of the same name The Sandman, available on Netflix starting from Friday 5 August and of which you can read our review. Panini Comics publishes in Italy the comics created by the genius of Neil Gaiman, which gave rise to the story of the entity of the seven Eternals and the inhabitants of the Dreamlands. There are three proposals to be recovered to better appreciate and deepen the story that will see Tom Sturridge as protagonist. 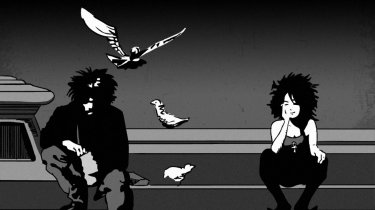 The most awaited novelty is Absolute Sandman by Neil Gaiman 1, the first issue of a new edition of the masterpiece that made the history of comics. The first volume collects the first 20 issues of the original series and a large editorial apparatus full of extra content. The new large format with slipcase, leather cover and precious details, makes it a collector’s volume to read and reread thanks to the many in-depth materials offered.

The Sandman, the review: A dream come true

For those who can’t wait for the TV series to discover the evolution of the story, the Sandman Library box set is the edition to have: inside the ten volumes that make up the entire series and four other volumes of extra content, such as the visionary prequel Ouverture, the story Dream Hunters in two versions and the collection of short stories Eternal Nights. To complete the success of the Sandman Library is also added Sandman Presenta, the elegant second box set that collects the best stories taken from the ancillary series of Neil Gaiman’s work, dedicated to the other Eternals such as Death, Desire, Destiny and Despair, or to others supporting actors of the series (the Corinthian).

For the first time, the best spin-off stories set in the narrative universe of Dream enclosed in ten volumes. All volumes can also be purchased individually.

the Advances on the New Episode broadcast tonight on Sky Uno

Thor: Love and Thunder: Marvel confirms the release date of the new trailer