Tonight on Heaven in prime time, for the cycle “Italian Scandal”, it airs Maliceerotic comedy of 1973 by Salvatore Samperi, played by Laura Antonelli and Turi Ferro. 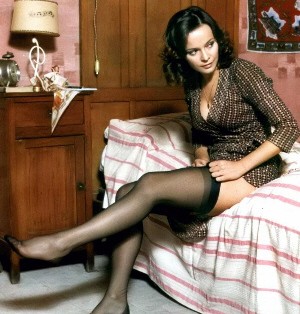 Laura Antonelli is the sensual protagonist of ‘Malizia’, directed by Salvatore Samperi in ’73

There plot takes us to Catania in the 1950s. Cavalier Ignazio La Brocca (Turi Ferro), a textile merchant (Turri Ferro), father of three children, remains a widower. On the day of her wife’s funeral, a young and beautiful maid, Angela La Barbera (Laura Antonelli). The knight wishes to marry her at all costs; she accepts as long as her children agree to their marriage. However, the beauty of the woman soon awakens the desires of the boys too, especially of the fourteen-year-old Nino (Alessandro Momo), troubled by morbid adolescent fantasies.

Malizia was a real cinematic case of the 70s and 80s. He inaugurated the Italian sexy comedy, launching and consecrating as a sex symbol a splendid Laura Antonelli who in the role of Angela, a handyman, embodies innocence, virtue and, above all, malice. This film by Samperi mixes literary references and themes such as sex in the provinces, bourgeois hypocrisies and adolescent torments. It has become the essential model for the erotic comedy of the years to come, and is still remembered today as a great all-Italian “cult”, a costume phenomenon of its time, moreover not only national but international, able to thrill, and make fall in love, entire generations.

The evening continues with the film Malizia 2000 from 1991 by Salvatore Samperi, sequel to “Malizia”. We find Angela and Ignazio whose already precarious marital harmony is further put at risk by new misunderstandings and events caused by the arrival of a young archaeologist, Lance Bruni, together with his fifteen-year-old son Jimmy.

The Sandman, Neil Gaiman reveals: “I told Tom Sturridge not to be the voice of Batman”

The Sandman, Neil Gaiman reveals: "I told Tom Sturridge not to be the voice of Batman"

Avatar 2: the release will not be postponed again, assures the president of 20th Century Fox

The sex of angels, the review

who returns and who does not from the TV series