The review of The Untouchables in 4K UHD: to celebrate the 35th anniversary of the De Palma cult, Koch Media and Paramount unveil an edition that allows you to admire the film in the new dazzling video format. 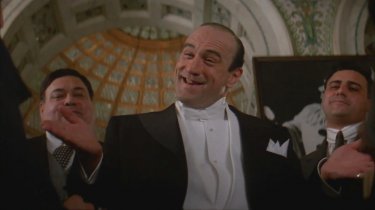 To worthily celebrate 35 years of a hugely successful cult, which also gave Sean Connery an Oscar as well as receiving four nominations and numerous other awards, there is no other way than to present it in a shiny new guise. And as we will see in the review of The Untouchables in 4K UHD, is what Koch Media and Paramount did for Brian De Palma’s 1987 masterpiece, which alongside Connery also saw the extraordinary interpretations of Kevin Costner and Robert De Niro, the latter in the role of Al Capone. To accompany this struggle of good against evil in the streets of Chicago during the Prohibition era, also the stupid soundtrack by Ennio Morricone. We were able to admire the standard 4K edition, but remember that there is also a Collector’s Edition in an Amazon exclusive SteelBook version with various gadgets. 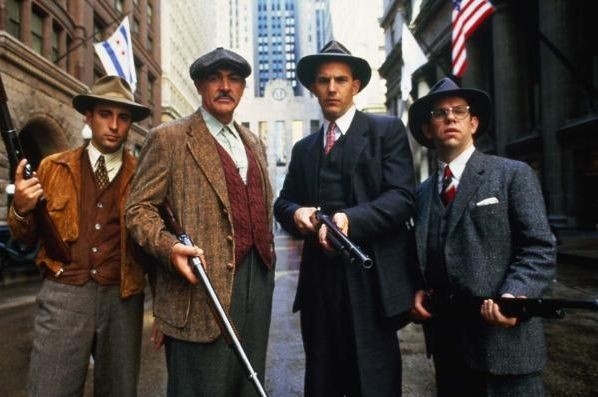 Andy Garcia, Sean Connery and Kevin Costner in a scene from The Untouchables.

4K video: a huge leap in quality in detail, brilliance and chroma 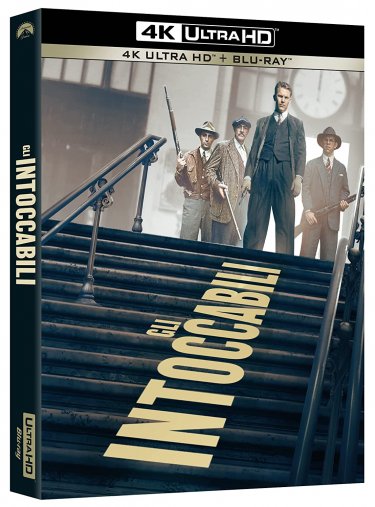 In the 4K edition we examined, Koch Media presents The Untouchables with a two-disc slipcase, with the film in 4K UHD and Blu-ray HD versions inside the amaray, both with the same extras. Let’s say it right away: the leap compared to blu-ray is enormous, since Brian De Palma’s film had not had a very effective HD treatment at the time, with a flat and smooth picture, with an unpleasant artificial feeling. The remastering in 4K was practically perfect, first of all thanks to an extraordinary master, and then for a correct encoding job, which gives a chromatically sober and pleasant picture, free of annoying filters. The grain is present and natural, there are perhaps only a couple of scenes in which it doesn’t seem quite fluid, but it is small details in a product that fully satisfies for two hours. In fact, the images are always clear and above all characterized by excellent detail, right from the first scene from above with Capone in the barber’s chair, and give a distinct cinematic sensation.

Another significant difference compared to blu-ray is a very natural color rendering, without those exaggerations seen in the past. Dolby Vision and HDR are used wisely and discreetly, with some peaks in primary colors only when the scene calls for it. The shades are much more accurate and precise. Furthermore, even on the occasion of some extreme sequences, for example in the dark with red and blue neon lights, the rendering is really fantastic and without smudging. To complete the whole, deep and compact blacks, with a contrast always well calibrated.

The untouchables: the sacrifice of the righteous, wheelchairs, gossip and badges in the cult of De Palma

Good Italian audio, but a long way from the excellent English Dolby Atmos

As for the audio, the Italian track has remained with Dolby Digital 5.1 which is of a good level, with a satisfactory spatiality, a fair precision in the dislocation of the effects, even if with limited dialogue in frequency. The difference from the original track, elevated here to excellent Dolby Atmos, is notable. In the English one there is a wealth of effects and a truly surprising fullness of sound, but above all the famous soundtrack by Ennio Morricone is much more full-bodied and enveloping, which embraces the viewer like a real orchestra and also involves the bass. Of course, in general, the quality of the recent tracks is not reached, for example the explosion in one of the initial scenes does not have that depth and impact of today’s films, but the result is still excellent and for example the shootings involving the surrounds correctly. Obviously the dialogues are more full-bodied and natural than the Italian track.

The extras: an hour of content, but they are those of past editions 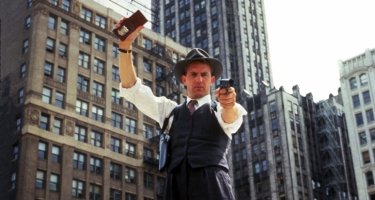 The extras are also found on the 4K disc, but they are the same as the blu-ray disc and are still those of the old edition. Unfortunately no new ones have been produced, but still it is an hour of material. We start with The Script, The Cast (18 ‘and a half), featurette in which director Brian De Palma and producer Art Linson discuss the idea of ​​the film, the casting and its realization. Followed by Production Stories (17 ‘), with various interviews and the work on the set by De Palma and above all by the director of photography Stephen H. Burum, then Re-Inventing the Genre (14’ and a half), with De Palma, Linson, Burum and Smith who talk about the style they wanted to give to the film and analyze some scenes. To close The Classic (6 ‘), a tribute to Morricone’s soundtrack, the trailer and the original featurette The Men (5’ and a half), a vintage promo of the time with interventions by the cast.

At the conclusion of the review of The Untouchables in 4K UHD, we can only reiterate the satisfaction of admiring an edition that finally does justice to Brian De Palma’s masterpiece, with a video in its maximum splendor that makes you forget the past edition in blue- ray. On the audio level, the Italian track remains satisfactory, but the English one is clearly superior thanks to a surprising Dolby Atmos. The extras are good but there is nothing new.

The 4K video is gorgeous and allows you to see De Palma’s film like never before. The chroma acquires a very pleasant naturalness. If the Italian audio remains satisfactory, the English Atmos is truly amazing for a 35-year-old film. The extra hour presents good points of interest.

The special contents are the old ones and there is nothing new. There remains the regret of not hearing an Italian audio with a superior encoding.

Willow: The trailer for the film’s sequel series, coming in November

Space Force 2: the release date of the new episodes of the series with Steve Carell

a second adopted black child on the way?