the 9 open endings that totally blew me away

One way or another, the endings of the TV series always leave us with that emptiness of the soul that we don’t know how to fill. That’s why our solution is always to start the series over or immediately give ourselves to a new serial dependency. Sometimes, however, the authors play with our feelings, writing gods open endings that leave us with a thousand questions and doubts. How many times have we found ourselves open-mouthed in front of the television trying to understand what we have just seen, and how it all ended in that way?

Today I’m talking about the 9 open endings of the TV series that totally shocked me. 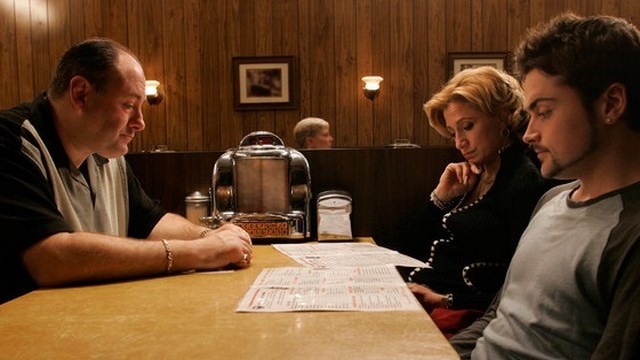 Finals of the TV series

I can’t help but start this list with a TV series that totally shocked me, and not just for the ending (I’m talking about it here). But, in particular, the sequence of final scenes completely destabilized me, I almost felt made fun of by the authors especially after checking the connection of my Smart TV and all the relative electrical outlets, thinking that the technology had played a bad joke on me right on the most important moment of the series.

It is one of the endings of the most brilliant TV series ever, because after many years people continue to talk about it incessantly, formulating theories upon theories about what happened to Tony and his family (while the writers laugh). The narration is a crescendo of tension, I have the bivides just thinking about it … in fact I know it’s time for a good rewatch to relive the trauma. 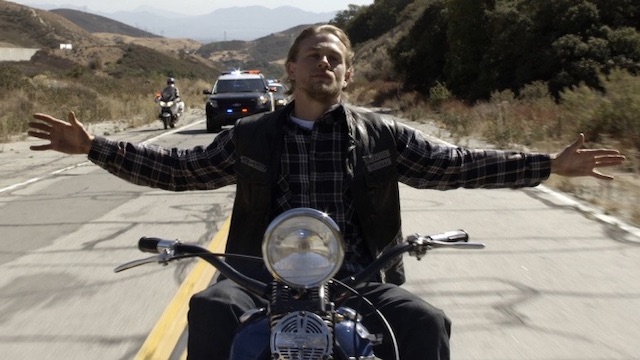 That of Sons of Anarchy is certainly one of the best endings of the TV series, and perhaps the “least open” of this list.

Sons of Anarchy is a series that dig deep into the soulhow many times has it left me speechless and how many more have I found myself crying like a child in front of scenes of a sensational tragic.

And Tragedy, in the most sublime sense of the term, is the true protagonist of Sons of Anarchy. Consequently, the ending could not be outdone, ending with open arms to embrace the wind and a future that the closing of the curtain prevents us from seeing. 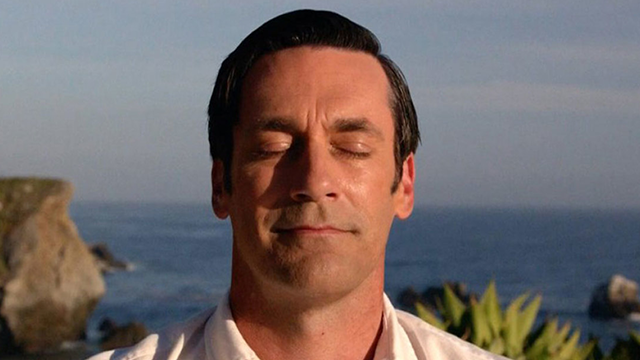 Finals of the TV series

That smile, that damn smile. Anyone who knows me knows how important Mad Men has been in my life. This ending, however upset me, keep inspiring me.

There despair and perdition are the masters in the last episodes, then with the waves of the sea as a background, Don Draper has one of his strokes of genius. The writers just let us know what will happen next, but we don’t know for sure what Don Draper’s future is after that mischievous smile. That’s why I tried to imagine it by writing an imaginative post-Mad Men episode and you can read it here. 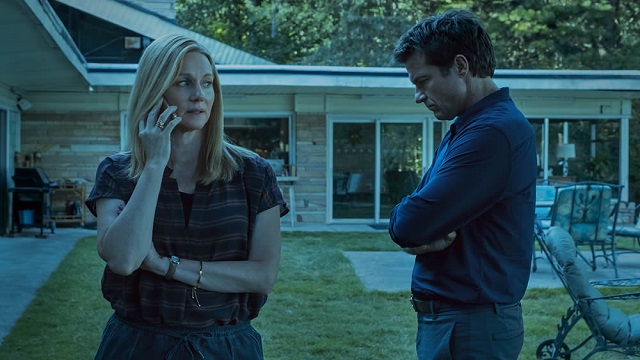 What I’m about to tell you about is a more recent shock, but still one of the most shocking TV series endings.

Actually we should have expected it a bit, Ozark’s is a perfectly consistent ending with what the series wanted to communicate to us. The whole was built with skilful craftsmanship, with the intention of creating a state of restlessness in the viewer. A bit like Breaking Bad, Ozark also sets out to analyze the most vile and degraded aspect of the human soul with a magnifying glass, and he succeeds well.

Especially in this ending which ends with one shot and the rumble of the same in our heads. 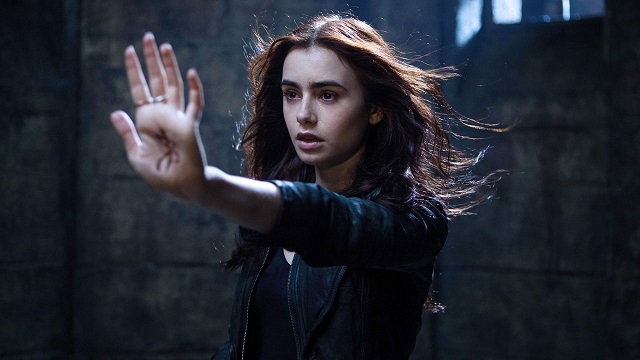 I swear that in this case I will not talk about the book, also because the television transposition implicitly declared its independence some time ago.

But this ending really left me full of doubts and questions. As we all know, Clary suffers her punishment, loses her powers and her memory for the violations she committed. It all seems to fade away like one of those movies with a foregone ending where the protagonist wakes up and realizes it’s all a dream.

However, Shadowhunters has one of the most shocking TV series endings precisely because in the final scenes Clary not only sees her Jace, but even recognizes him by calling him by name. Therefore what really happened to the protagonist ?! 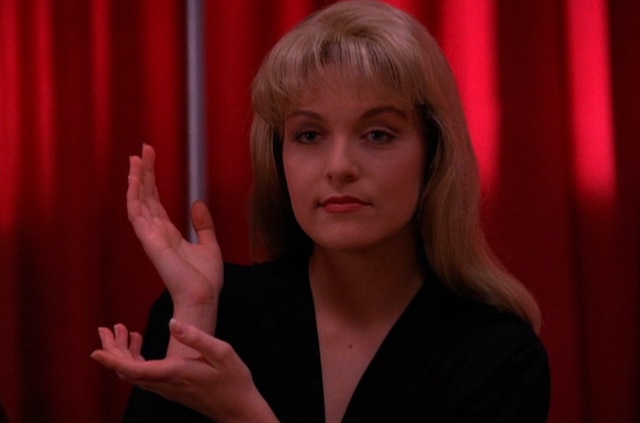 Find me one non-shocking thing in Twin Peaks and I’ll buy you a beer. Seriously, the Twin Peaks ending is in perfect harmony with the style of the series and the genius of the latter.

Poised between alternate timelines and strange plot twists, Agent Cooper finds himself in front of Laura Palmer on the night of the pivotal assassination. The details on the finale are many, starting with the woman who opens the door of the Palmer house. The protagonists themselves seem lost, wondering about the year they are in. The tension skyrockets when a series of blinks interrupts the conversation, culminating in Laura Palmer’s iconic and terrifying scream. The conjectures on the meaning of that inhuman scream are many and continue to haunt our minds. 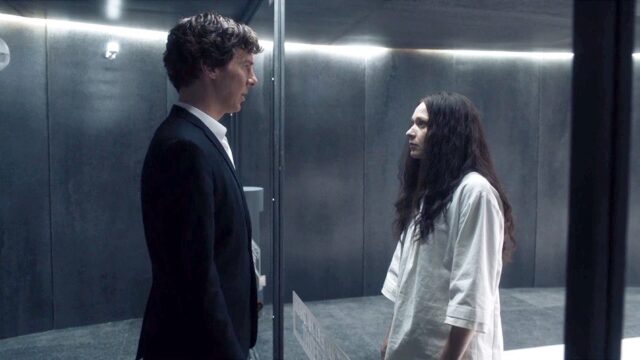 One of the endings of the TV series that most angers us is that of Sherlock.

The anger certainly does not derive from the poor quality of the product, but from the lack of a continuity that we all deserve and that we have been asking since time immemorial.

The plot is really dense and intense both in terms of narration and on an emotional level. We have a chance to explore Sherlock’s childhood more. We have known Eurus Holmesthe puppeteer in the shadows and the most fearsome sister of the Holmes.

Sherlock who has always been on the side of rationality takes a step towards feelings and we remain shocked and waiting for a something we may never have. 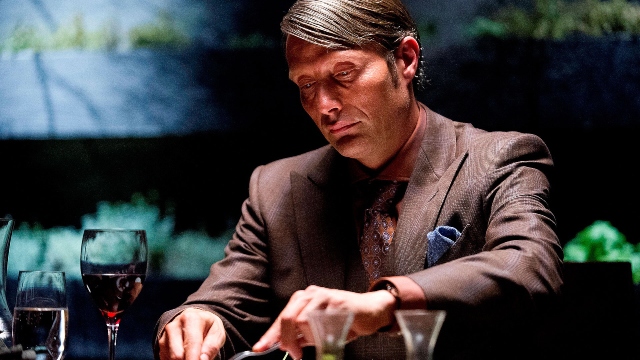 The series shocked us at the conception of Hannibal Lecter and Will, after all that the two have been through together they finally reach the point where the latter begins to completely merge with the world of Hannibal.

The scene that upset us emotionally ends with a flight of the two from the cliff.

“This is all I wanted for you Will, for us”
“it’s beautiful”

What awaits the two in the depths of the abyss we do not know, even if the song in the background claims “I will survive”. 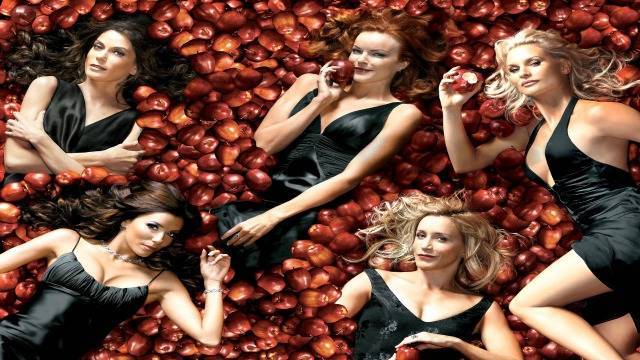 In the case of Desperate Housewives some fans were very satisfied with the ending, on the other hand the departure of Wisteria Lane it looks perfectly in line with what we have seen.

For the protagonists a new life begins, an era ends and for our eyes it’s okay. The future of our beloved housewives continues away from our sight. Obviously there are those who were a little disappointed with this ending, but we can’t please everyone. The only sure thing is that it undoubtedly has us left speechless. Also because it is good to remember that the ending of Desperate Housewives marked a television era.

7 curiosities about the tormented Stefan from The Vampire Diaries

Tom Holland: his 70s look on the set of The Crowded Room drives fans crazy (PHOTOS)