Agatha Christie – Why didn’t they ask Evans ?: from tonight on Sky and NOW the series by and with Hugh Laurie

From tonight on Sky Investigation at 9:15 pm and streaming on NOW, Agatha Christie – Why Didn’t They Ask Evans ?, miniseries by and with Hugh Laurie.

On Sky it arrives Agatha Christie – Why didn’t they ask Evans?the miniseries – available with all episodes from tonight on Sky Investigation and streaming on NOW – signed by Hugh Laurie, also executive producer and performer, the brand new adaptation of the 1934 tale of the same name by the queen of mystery. 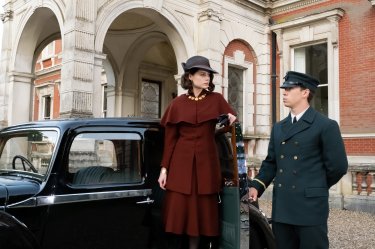 Agatha Christie – Why didn’t they ask Evans? – a scene from the series

The distinctly and irresistibly British miniseries follows friends Bobby and Frankie as they embark on a perilous journey from Wales to England in an attempt to answer the question: “Why didn’t they ask Evans?”, The mysterious last words spoken. to Bobby from a dying man he happened upon on a beach on the North Wales coast. The only witness is Bobby Jones, discharged from the Royal Navy and returned to his hometown, where he juggles between a job and another, in the company of Frankie Derwent, a childhood friend met again after ten years. The two friends, armed with curiosity and guided by a photo found by Bobby in the dead man’s pocket, decide to embark on a risky journey to England, with a single goal: to find out what lies behind that cryptic question. In doing so, however, they will come face to face with a dangerous killer …

Plot, Cast, Release Date and Trailer of the TV Series

My Fake Boyfriend, the review

My Fake Boyfriend, the review

Squid Game, Hellbound and other bad news on TV series