How it ends Obi-Wan Kenobi? The sixth installment of the new series Obi-Wan Kenobi is available from June 22, 2022 on the platform Disney +. The highly anticipated original series written by Deborah Chow starring Ewan McGregor and the great return of Hayden Christensen in the role of Darth Vader.

The story begins ten years after the dramatic events of Star Wars: Revenge of the Sith. Obi-Wan Kenobi he faced his greatest defeat: the fall and corruption of his best friend and apprentice Jedi, Anakin Skywalkergone to the dark side and become the evil one Sith Lord, Darth Vader.

Enter the world of Disney + NOW

ATTENTION: the following is the full explanation of the sixth installment of the Obi-Wan-Kenobi series and includes big spoilers on everything that happens. If you have not yet seen the episode and do not want to spoil the surprises, we advise you not to continue reading.

The sixth and final part of the series opens with Reva on Tatooine in search of the farm of Owen. The woman wants to try to strike Vader directly killing his son. The third sister does not know that the lord of the Sith is not aware – for now – of having had twins.

Here we have hope

The ship of the followers of the path is on the run fromEmpire who attacks them with a Star Destroyerdamaging their hyperdrive system. Obi-Wan asks to Roken how long does it take to repair it and be able to escape, even if Well he understands that the only way to save those people is to turn himself in to Vader. They have protected the Jedi knights for ten years, now he wants to pay off the debt.

Leia disagrees very much, he wants that Kenobi take her home as she promised, but Kenobi asks to Haja to make sure that the little girl returns home safe and sound. 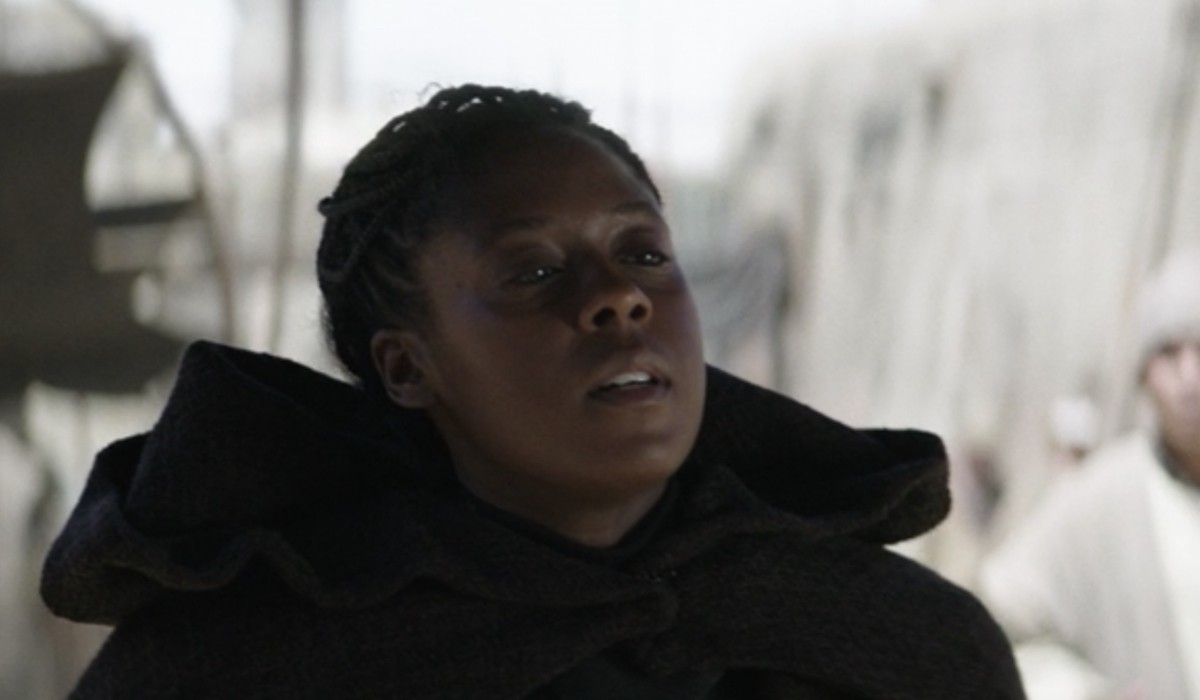 On the desert planet, uncle Owen is alerted by a local man threatened by Revawhich the woman is looking for Luke. Him and his wife Beru (played by Bonnie Plesse as in Star Wars Episode III: Revenge of the Sith) prepare to defend their adopted child, even at the cost of their life.

One thing between me and Vader

Obi-Wan leaves the ship of his allies aboard a rescue ship in the direction of the planet Tessen. Vader, on the imperial ship, he immediately realizes that it is his ex-master and chases him alone with his personal ship. The epic battle is about to repeat itself and this time it will be different.

While Owen And Beru they make it safe Luke and prepare to face Reva, Vader And Obi-Wan they are once again face to face for a new duel. The capabilities of Kenobi have improved and his vigor has returned to be felt. 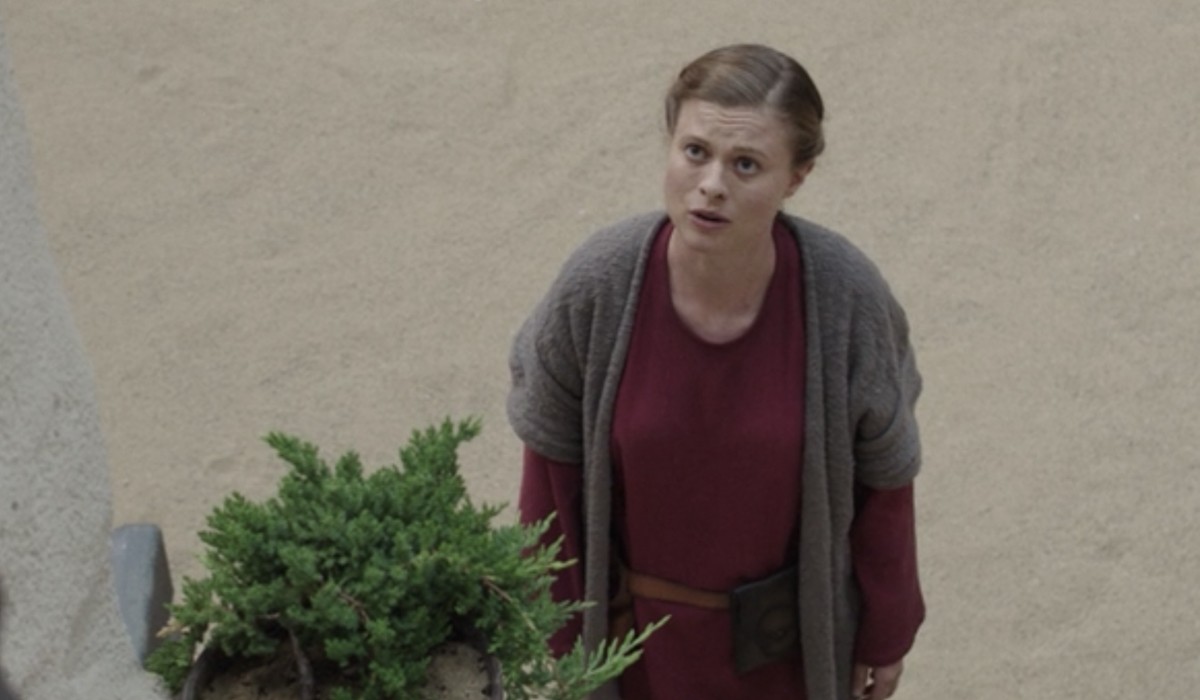 I will do what I have to

A preamble of quotes and references to the clash between Obi-Wan and Anakin on Mustafar neither Revenge of the Sith opens this highly anticipated challenge. “I will do what I have to” – “Then you will die”. Vader seems to have the upper hand, though Kenobi rise to the occasion, unlike their meeting in the third episode. The strength of the lord of the Sith he is unstoppable and with his powers he creates a chasm in the planet where Obi-Wan collapses. Vader he covers the hole created with boulders and rocks in order to bury his enemy. It seems over. 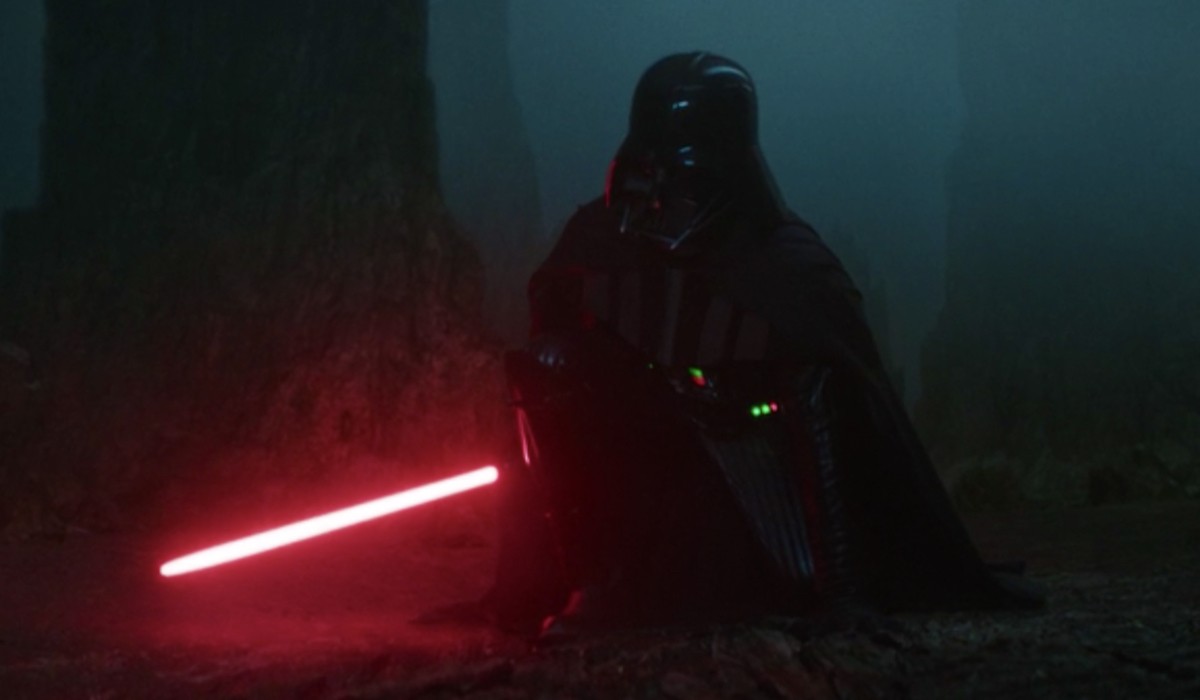 Darth Vader (Hayden Christensen) in a scene from the sixth episode of “Obi – Wan Kenobi” Credits: Disney Plus

In the meantime, come on Tatooine Reva reaches the farm of Owen and is caught by rifle shots and attacks by the owners who manage to defend themselves, also given the precarious physical conditions of the third sister, badly injured by Vader. Despite the difficulties, the inquisitor unearth Luke but he manages to escape into the desert and is chased by the woman.

I’m higher than you

Find out more about the Obi-Wan Kenobi series!

The pose of Vader observing the body of Kenobi submerged by rocks is another reference to the clash on Mustafarbut Obi-Wan manages to get out of the pit thanks to the power of Force. The duel resumes and Kenobi he has acquired a power never seen before that allows him to dominate the power of the lord of the gods Sith. Lord Vader he is blinded by his feelings of the past and is not yet at the full dark lord stage as he will be in A new hope.

Obi-Wan manages to hit Vader damaging his breathing apparatus and we feel the ex – Jedi with shortness of breath. Only on two occasions have we witnessed this moment: the first in Star Wars: Rebels in the fight Vader – Ahsoka and ne Return of the Jedi between Luke and his father. 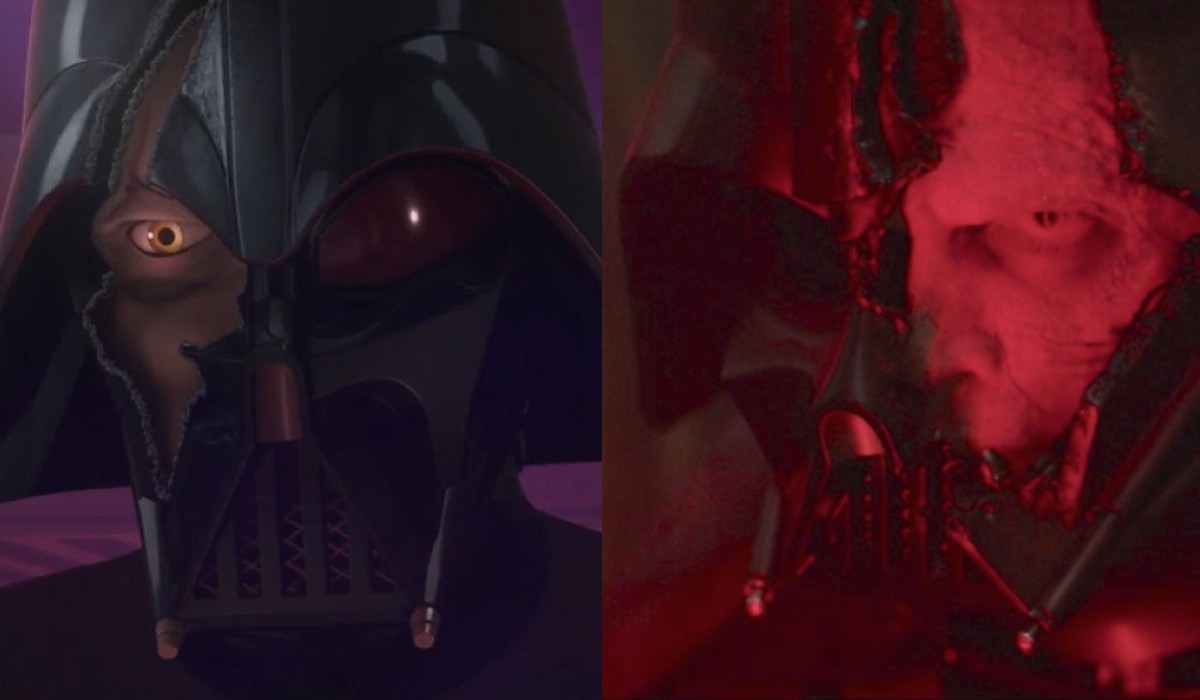 The second reference to the animated series occurs when Kenobi hits his opponent in the head, ripping open the helmet of Vader. Similar to the character A.D Two faces, Vader / Anakin he shows half his face uncovered and we hear – like an echo – the robotic voice of the lord of the gods Sith superimposed on that of Ani. The emotional power of the scene reaches a very high level and the pain of Obi-Wan it becomes resignation and puts a stop to this story.

Vader defeated, he tells his ex-teacher that he was not Kenobi to kill Anakin Skywalker but himself – link to A new hope when Obi-Wan tells a Luke of his father. Well realizes that his friend is really dead and leaves the planet, while his opponent, desperate, he screams all his pain. 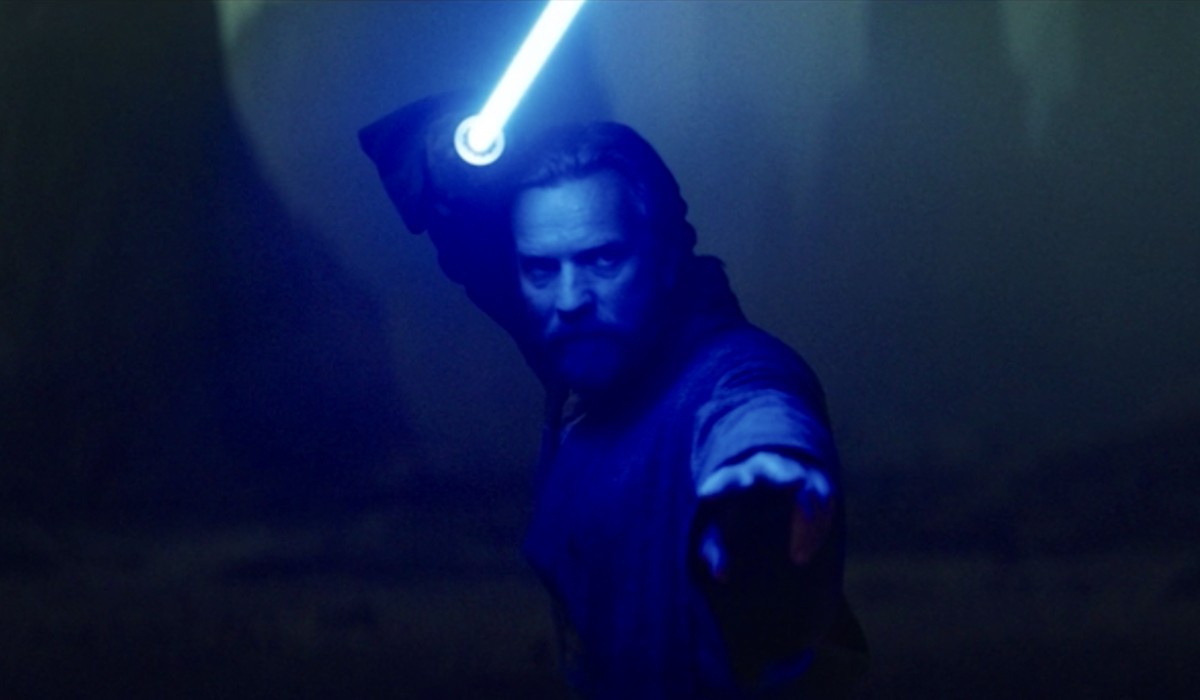 We are now free

On the spacecraft Obi-Wan feels through the sensitivity of Force that Luke is in trouble and heads up Tatooine. The young man Skywalker stands among the rocks in the throes of his killer Reva which, in the moment of shooting and killing, sees in Luke herself as a child duringorder 66 and his sword stops.

Well reaches Owen And Beru at the farm, in a panic and looking for her son who, suddenly, appears in the arms of Reva, unharmed. The boy is fine. The former-inquisitor drop her lightsaber: now she’s free to choose who she wants to be. 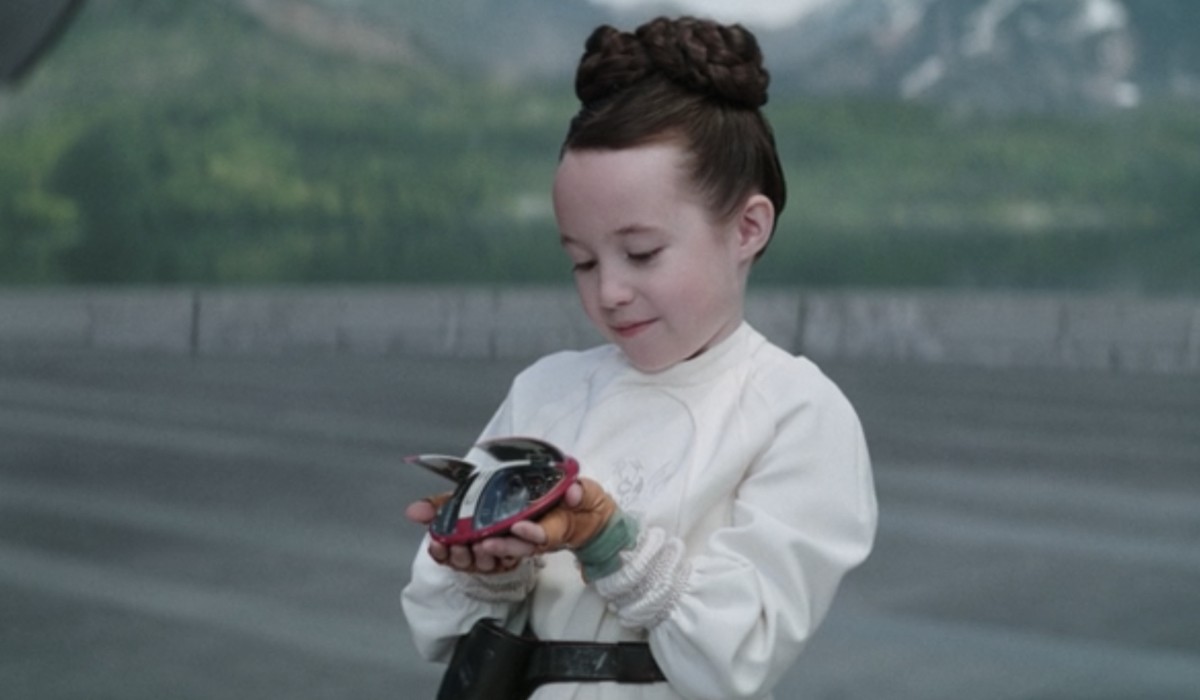 Vivien Lyra Blair (Leia) in a scene from the sixth episode of “Obi – Wan Kenobi” Credits: Disney Plus

While on Mustafar we see Vader that communicates with Darth Sidious and is scolded for still having feelings for his past with Kenobion Alderaan, Leia – dressed like Carrie Fisher in A new hope – find again Well came to greet her and her family and bring back her droid LO-LA59. A very moving dialogue between the Jedi and the princess where the man reveals to her that he has met her parents and lists a series of gifts and characters that she has acquired from her father and mother. 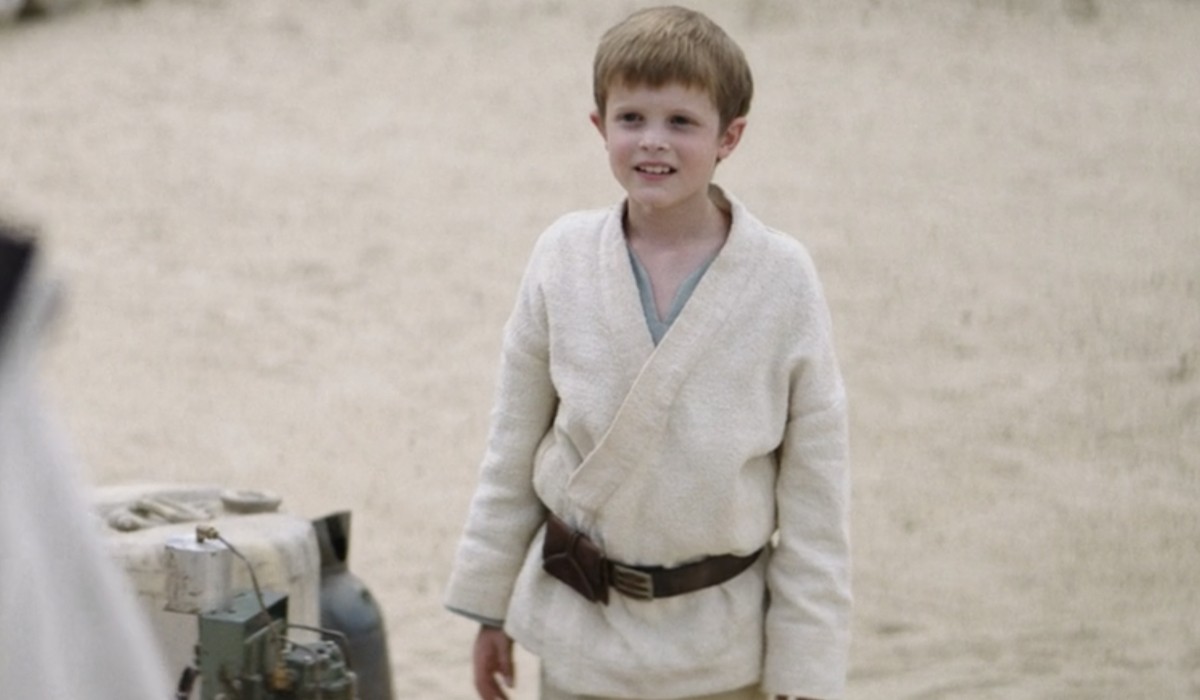 Luke (Grant Feely) in a scene from the sixth episode of “Obi – Wan Kenobi” Credits: Disney Plus

Back on Tatooine, Well visit for the last time Owen And Luke greeting him with the iconic phrase, which has become a meme: “Hello There”. This quote is taken from the prequel trilogy, where the same Obi-Wan introduces you to General Grievous in combat. According to a recent Inter fan, Ewan McGregor confessed to having taken inspiration for this line, from the interpreter of his character in A new hope, Alec Guinnessin a scene from the film. 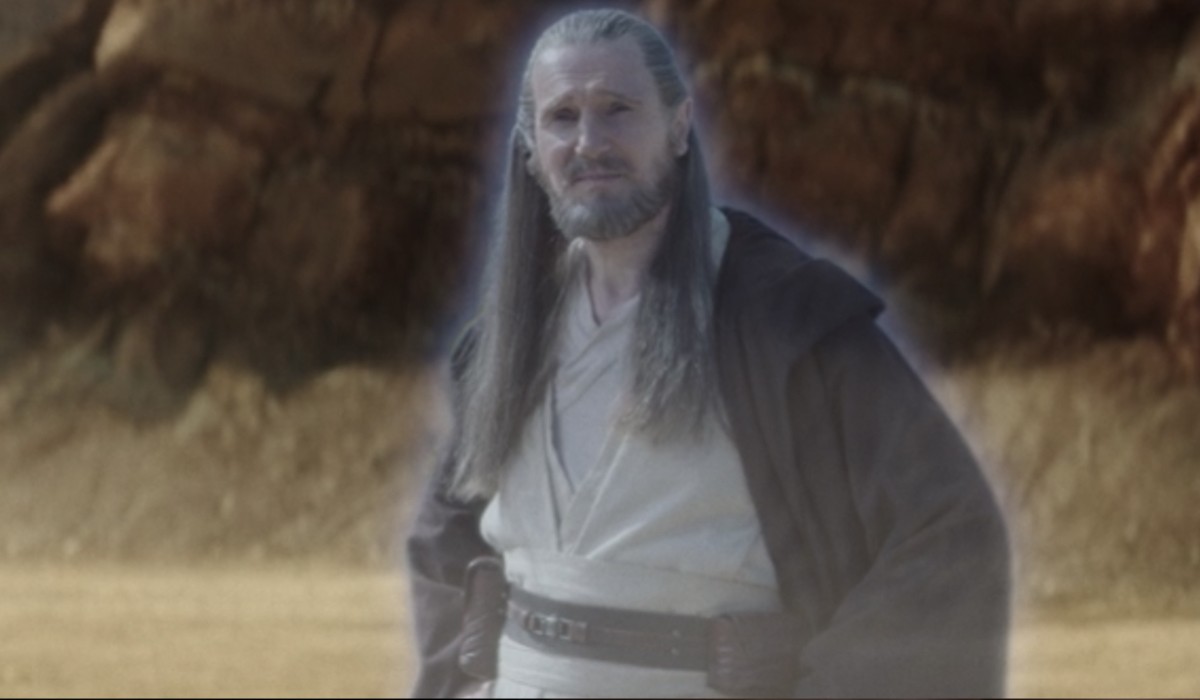 Qui-gon-jinn (Liam Neeson) in a scene from the sixth episode of “Obi – Wan Kenobi” Credits: Disney Plus

You weren’t ready to see yet

The episode ends with Obi-Wan headed to the most remote desert to find a new hiding place, when the ghost of his master Qui-Gon Jinn appears to man. “It took you some time”, another quote from the character of Liam Neeson from The Phantom Menace. All this makes us understand that Kenobi he has learned how to communicate with non-living and is ready to follow. “There is still a long way to go”. Last line of the series that makes us hypothesize the idea of ​​a second season.

Adela confesses to her sisters a terrible truth