10 for lovers of pure and simple jumpscare

Over the years, the horror genre has taken on more and more varied characteristics. If we think of The Night of the Living Dead, Romero’s 1968 cult, we realize how much pure and simple horror has now been replaced by products that deal with more diversified themes. Take for example Jordan Peele’s masterpieces, such as Get Out or Noi: denouncing films, products that, through profound metaphors, deal with themes that are highly dear to our days. It is another kind of fear, a visceral terror we feel when we come across something we recognize as terribly realistic. Today, however, we find ourselves talking about those films that, by rolling up their sleeves, manage to hit the primary goal of the horror genre: scare. We have to admit it: every now and then we need to sit in front of the television and immerse ourselves in dark atmospheres, scary plots and twists that make us literally blow up in fear. Let’s see together 10 horror movies for lovers of pure and simple jumpscare. 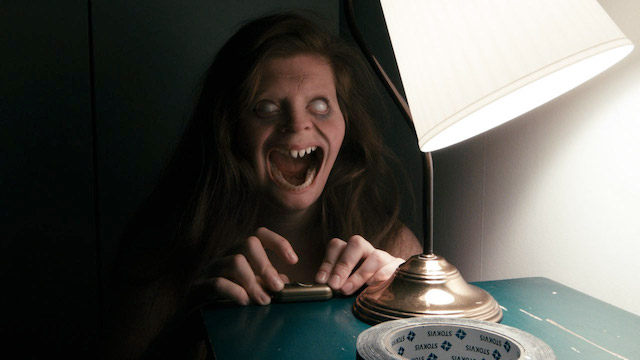 How many of us were afraid of the dark when we were little? Well, you can rest assured: after watching this movie, you will want to keep the lights on for at least a week. Adaptation of a 2013 short film and directed by the director himself David Sandberg, Lights Out brings to the stage a fairly banal story and manages to make it terrifying thanks to a simple element: the darkness. A family tormented by inner demons finds itself dealing with an entity that manifests itself only in the dark and, when the light returns, disappears. The film plays with this duality all the time and does it very well: we find ourselves on the edge of the armchair with our hands over our eyes and a sudden desire to turn on all the lamps in the living room. Simple but safe jumpscare, thanks to something very simple: the fear of finding something in front of us that was not there before. 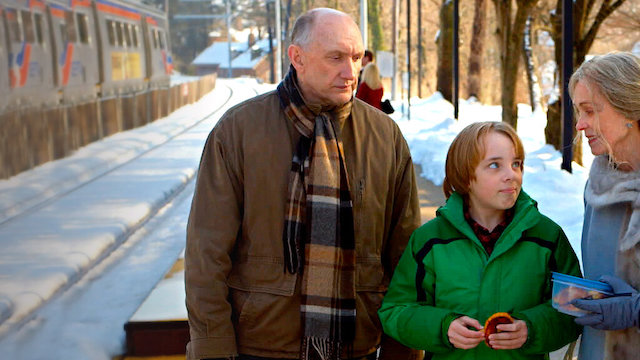 The Shyamalan lovers don’t want it for not taking into consideration the great masterpieces of the Indian director (such as The Sixth Sense and Signs): despite the obvious slips in recent years, I wanted to include in this list one of the products in my opinion the most incisors of all his filmography, able to make us shiver to the bone. Shot in a fake documentary style, The Visit tells the story of Rebecca and Tyler, two little boys sent by their mother to spend a week’s vacation with their grandparents. Grandparents that the children have never seen, given the bad relations between them and the mother. Apparently adorable grandparents but who, right from the start, turn out to be quite strange. In order to avoid spoilers I will just say this: the twists are assured and the film is able to convey a deep anguish to the viewer. Jumpscare are few but definitely incisive and unexpected. Grandma, what a big mouth you have … 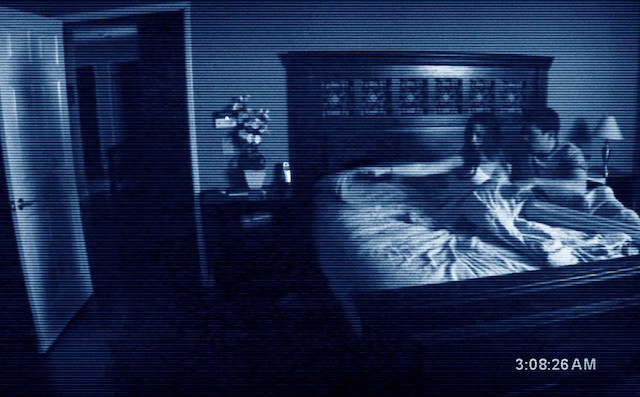 We must make a premise: I have not included a specific film of the Paranormal Activity saga because I do not find any difference between one and the others. On the other hand, you are not reading a ranking on the best horror films of the last ten years, therefore I can afford to talk about this saga. The level of the product itself is not high, neither in terms of directing nor speaking of acting, but one thing can be said: Paranormal Activity is a horror film that makes you jump. It will be because of the atmosphere, it will be because the viewer watches the entire film from the cameras of the protagonists’ home (and there is nothing more distressing than observing someone through a screen). Maybe because the film is built in every aspect to keep us on our toes, we can say one thing: Paranormal Activity is scary in the simplest sense of the word. 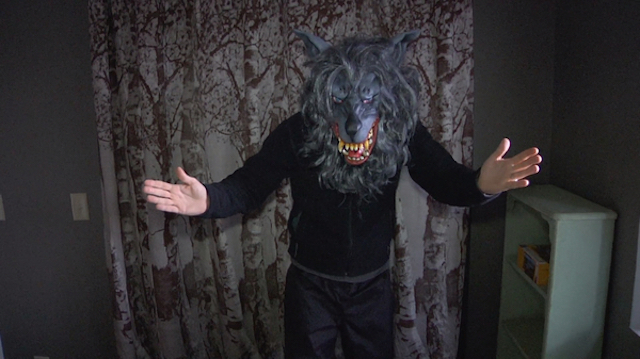 Linking ourselves to the previous film, we mention a name apparently little known in the world of cinema, that of Patrick Brice. The latter, producer of Paranormal Activity, in 2014 directed Creep, a horror filmed with the found footage technique. The film stars Brice himself in the role of a videographer: he is hired by a man named Josef, suffering from terminal cancer, who wants to be filmed in his daily life for a weekend in order to then be able to give the video to his son. will never know. It will seem an oxymoron, but I want to emphasize it: the film is exhilarating. The viewer finds himself laughing several times during the vision, until something happens so chilling that it leaves him dumbfounded. Creep is a deeply disturbing masterpiece of madness, jumpscare and heartache. Above all, he does his duty from start to finish, pushing us to re-evaluate once again that creepy guy from our neighborhood who smiles at us from afar and who pushes us to change directions when we cross him. 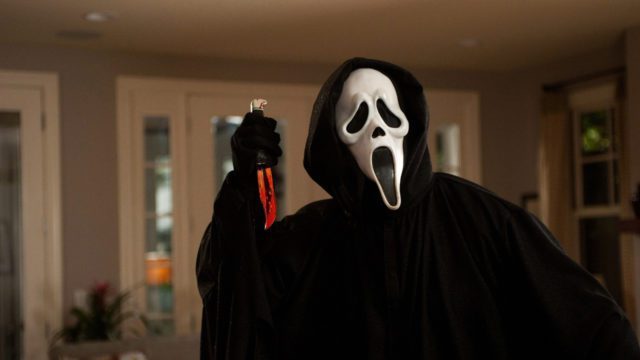 We are talking about a full-fledged cult horror film: the 1996 film directed by Wes Craven and the famous Ghostface mask entered the collective imagination, being then re-proposed in all sauces in several subsequent films (the opening scene of Scary Movie, for one thing). Capable of mixing horror with satire, Scream brings together elements typical of the horror genre with moments of pure fun and focuses on a winning element: the unpredictability of predictability. The viewer is convinced every time that he can expect a jumpscare that, on the other hand, almost always arrives unexpectedly, making him jump into his chair. He deserves the viewing if only for the opportunity to compare it to the various parodies made over the years. Let’s always remember: if chased by a bloodthirsty killer, it is advisable to grab a banana to defend yourself.

6) The evocation – The Conjuring 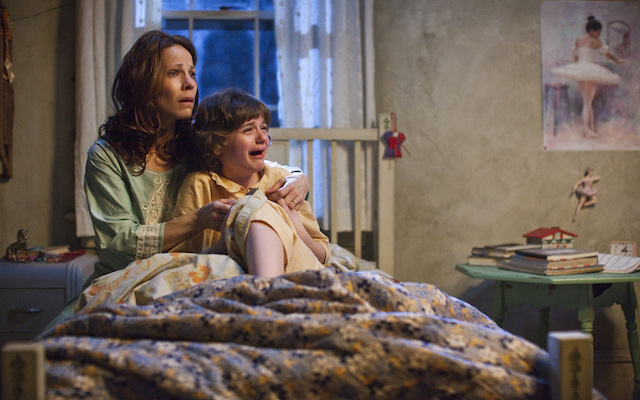 James Wan is a guarantee (almost always) when it comes to horror. Released in 2013 and positively received by critics, The Conjuring is based on the stories of the research duo Ed and Lorraine Warren and earns full credit the title of horror that does fear (by the way inspired by a true story, just think). The film in its entirety, from the distressing story to the direction built to terrify the viewer, seems to be made ad hoc with a specific goal: to disturb. It is interesting to note that for a large part of the vision everything that should be scary is only perceived and, rarely, seen directly. That said: Shall we play clapping? 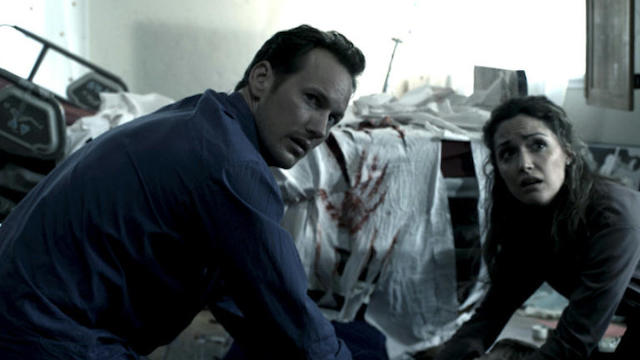 James Wan returns, Patrick Wilson returns (here certainly more disturbing), children return, demonic presences return. Released in 2010 and belonging to a wider saga, Insidious apparently seems to re-propose all the clichés of the genre: the move to a new home, the possessed child, a family that hides a secret. Yet the film succeeds where so many have failed and messes up the cards more than once, starting from the jumpscare present: from the baby monitor that reproduces anomalous sounds to the disturbing photographs which, if you look closely, hide something frightening, the most horror component of the film is well done. The plot, which started out as banal, takes unexpected turns and several times in the course of the film we find ourselves surprised and, above all, disturbed. 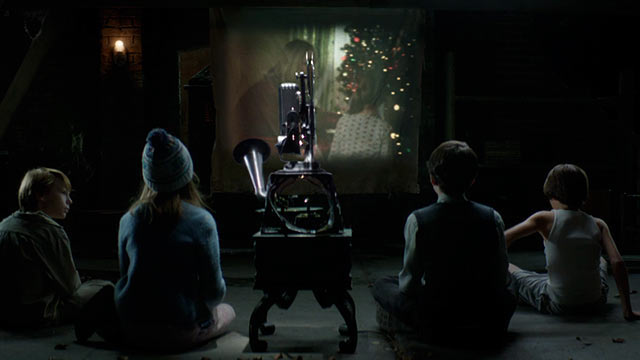 In 2021 one scientific study ranked Sinister in second place among the scariest movies of all time, looking at heart rate detection and the impact jumpscare has on viewers. There will be a reason. Written and directed by Scott Derrickson, this pearl that is Sinister tells the story of Ellison Oswalt, a crime reporter: the man decides to move to a new house, with his wife and attached children, the scene of a terrible murder that took place a few years before and on which he would like to write. Cheerful, isn’t it? Well, let’s be clear right away: in Sinister there is nothing cheerful, carefree or happy. You will never encounter those interludes of hilarity that make us take a breath for a few seconds: only 105 minutes of pure terror, anxiety, morbidity and sometimes sadness. In short, a health walk.

9) The Woman in Black 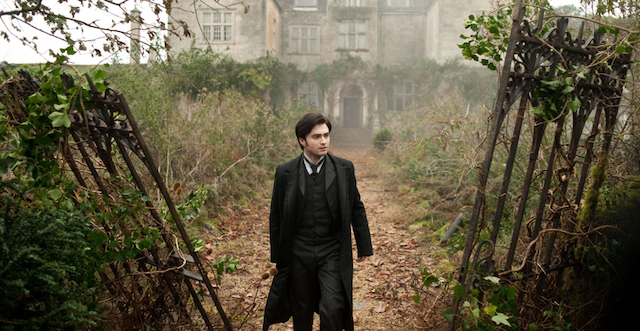 We are finally faced with a film adaptation: in this case it is the gothic novel “The Woman in Black”, written by Susan Hill and published in 1983. In England in the early twentieth century, a recently widowed lawyer (played by a gloomy Daniel Radcliffe) is forced to leave his little son and go to a remote village to take care of the legacy of the deceased Alice Drablow, owner of a house on an accessible island (what a convenient plot pretext, I would add) only when it falls the tide. It is not only the novel that is gothic, but the film itself in all its components: everything is gloomy, dark, sad and vaguely disturbing. Without going into the merits of the quality of the product, we can certainly say that The Woman in Black is perhaps more scary for the frame it rests on than for the texture or for the skilful use of jumpscare (which are still incisive, when used well). Recommended for all fans of the bleak. And Daniel, of course. 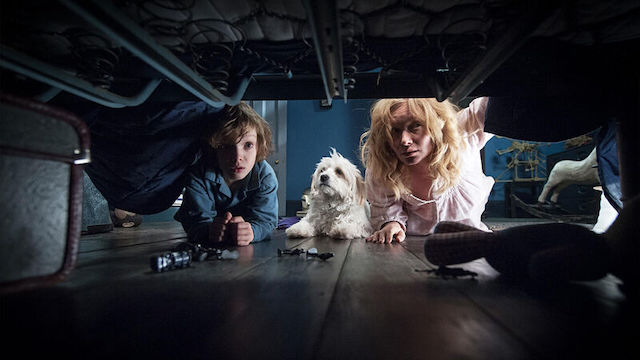 Let’s close this list in the best possible way and let’s talk about Babadook, released in 2014 and directed by the Australian Jennifer Kent. Set in the city of Adelaide, the film stars Amelia, the widow and mother of a six-year-old son, Sam. The child is problematic to say the least and obsessed with the fear that “monsters” will haunt him and his mother, with whom he has a very close bond. When it comes to masterpieces signed by female directors, one cannot fail to mention Babadook: perhaps the film is not scary in the strictest sense of the term, but it manages to crawl under the skin and distress those who watch it from start to finish. Also dealing with important issues, such as depression, paranoia and the love of a mother, Babadook accompanies us inside a terrible journey into the human psyche and it reminds us of how much we are willing to do to protect those we love. Don’t worry, it’s scary. So much so that you will no longer be able to look at children’s books with the same eyes.

Doctor Strange in the Multiverse of Madness, America Chavez is excited!