We could define the episode 6 × 05 of Better Call Saul interlocutory, of preparation for the mid-season finale, but there is nothing negative about any of this. Every self-respecting TV series includes this type of episode that acts as an antechamber to a watershed event, which will completely change the fate of the show. Interlocutory episodes are for example the controversial episode of the Moscow in Breaking Bad, or The Last Night before the Long Night, perhaps the most beautiful episode of the last season of Game of Thrones.

The classic quiet before the storm, in which all the characters move on that very dangerous and subtle balance before events completely precipitate. Precisely for this reason ‘Black and Blu’ is an episode that, on the one hand, as we have said so far, allows us to take a deep breath before the final midseason; on the other, our breath takes it away, since the knots are about to come to a head and every dialogue, every action of the characters, even the most banal, is permeated by a palpable tension. We are still balanced on that thread, we already know that that thread will break and we think it could happen at any moment.

Beyond the plot developments, another characteristic of the interlocutory episodes is that they are characterized by a climate of profound introspection. They are deeply conscious moments, which give us time to understand why, in hindsight, those events we will witness will precipitate. Since we are talking about Better Call Saul, and a narrative universe, the one created by Vince Gilligan and Peter Gould, among the most important in the history of the small screen, it follows that these flows of consciousness of the characters are accompanied by a direction, a montage, a photograph that can highlight the dramatic aspects. In the same way as a rhetorical figure gives depth to a poem, so the camera conveys the message of the episode, starting from a leading theme and thus becoming the grammar of the episode itself.

THEThe theme of 6 × 05 is the mirror, intended as any reflective surface in which each main character, sooner or later, will be framed. There is a Carrollan reference to all this: as Alice wonders what could possibly be on the other side of the mirror, so the characters of Better Call Saul try to redefine themselves and others in that reflection that inevitably sublimates their essence. And that is declined differently depending on the character. 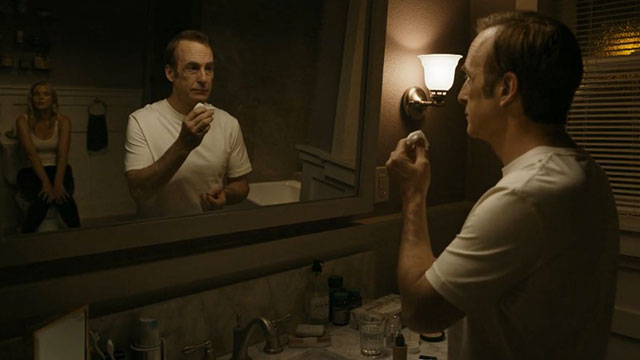 Let’s start with Jimmy McGill, sorry… Saul Goodman. Her epiphany, if we can call it that, has already happened. It is in the New Mexico desert that he has definitively chosen what kind of lawyer to become and which clients to defend. In that mirror where he tries to put on make-up to hide Howard’s blows, Saul saw the future. He saw his future of him and took it with force, banishing any kind of appearance.

The mirror, for Saul, is a time machine. It was once again Kim who portrayed his conscience, inviting him not to hide behind a mask and to transform those wounds into a strength, a claim. “I am Saul Goodman and I fight for you”. Where had we heard it before?.,

Fring through the mirror 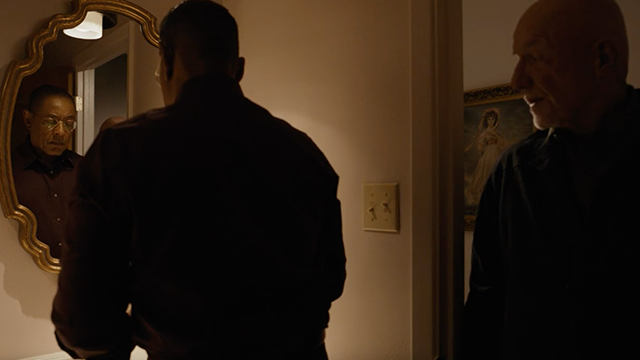 Gustavo Fring and the mirror are a constant. In front of the mirror, he plays with the double semantic value of the verb reflect: reflection and reflection. He reflects, as he can’t help but perpetrate his obsessive rituals, like adjusting his tie or hiding the gun in his anklet. He reflects in the moment in which he is about to induce himself to vomit the poison of the Zefiro Anejo that he has just fed to Don Eladio. He reflects as he covers his suit so as not to get stained with Victor’s blood (which he will cut his throat shortly thereafter). He reflects whenever he is about to act and, in 6 × 05, it is in the mirror that he orders Mike where to take him. That laboratory, another non-place, which will be the cause of his rise and his decline. 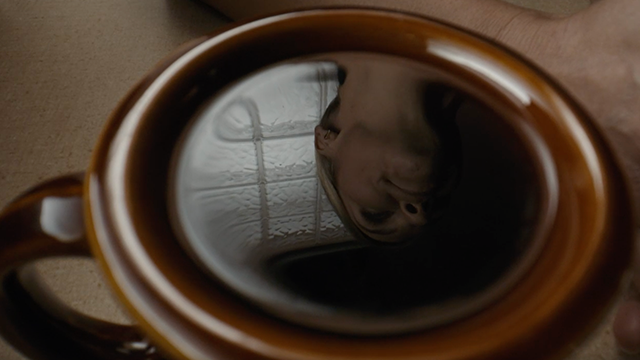 In 2001: A Space Odyssey, Stanley Kubrick adopts a revolutionary directing technique (not just one, to be honest) which will then be reprized later in many other films or series, such as The Sopranos: the reversal of the POV, which marks the transition from reality to dream. Bowman’s character feels a call off screen and his point of view overlaps that of the viewer, showing us another Bowman different from the previous one. So on until he comes across the famous monolith.

In Better Call Saul, the soul of Kim Wexler is split into two parts. Right now she is the most tormented character of the whole series, torn between good (pro bono causes) and evil (love, consequently her complicity with Saul). In this episode she is almost always under observation from an external point of view. The diner counter, or Viola who sees it faded into the windows of the same place.

We are at the height of his inner conflict. She is in that diner to deceive the name of a judge from Viola, so that she and Saul can continue with the plan against Howard, but at the same time it is Viola who raises her as an example of moral rectitude. The overturning of the POV – and therefore the sublimation of the other self – takes place in a coffee cup, which shows it upside down in the center of what almost looks like the symbol of the Tao. Black and white, yin and yang. Kim is also in search of her monolith: the definitive choice of a road in that moral crossroads is now an increasingly pressing worm. 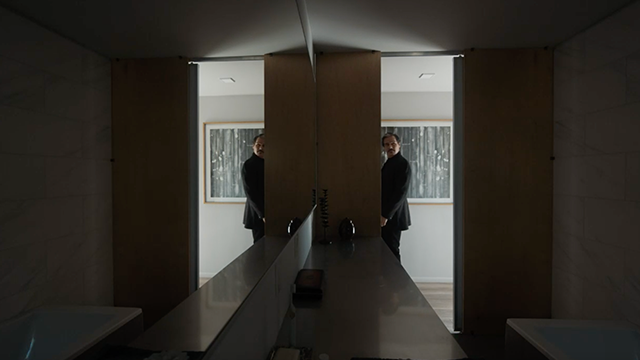 In mathematics, symmetry is the operation that moves or transforms an object while leaving its appearance unchanged. If for Kim we spoke of a fragmented soul, for Lalo it is more correct to speak of a fragmented identity. Once it is, in fact, Lalo, another is Jorge De Guzman. Still another is Ben, a handsome American businessman. Nonetheless, the different identities assumed do not change its character, nor does the modus agendi change. Lalo is transformed by birth, slightly changes her look, but he still remains the same brilliant, cold, eclectic murderer of the Salamanca family. It is no coincidence that this symmetrical shot, my favorite “mirror” of this episode, ends up reuniting the man and his reflection in the one devastating crazy variable of Better Call Saul.

Will Germinal 2 be done?

Steffy pushes Liam back to Hope