A winning family – King Richard on blu-ray, the review 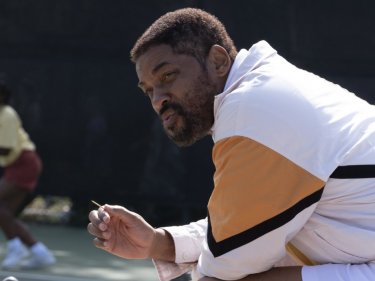 A Winning Family – King Richard: Will Smith in a scene from the film

In the end, there was more talk of his slap on Chris Rock at Dolby Theathe in Los Angeles than his Oscar for Best Actor. But Will Smith, shortly after the crime with the images that went around the world, also received the coveted statuette for the interpretation of him in the role of the father of Venus and Serena Williams. And now, as we will see in review of A Winning Family – King Richard on blu-raythe home video release by Warner Bros, Entertainment Italia, allows attention to return to the film that traces the life of Richard Williams, an undeterred father who helped to train two of the athletes who changed the sport of tennis forever .

The video: good detail and effective chroma in warm colors 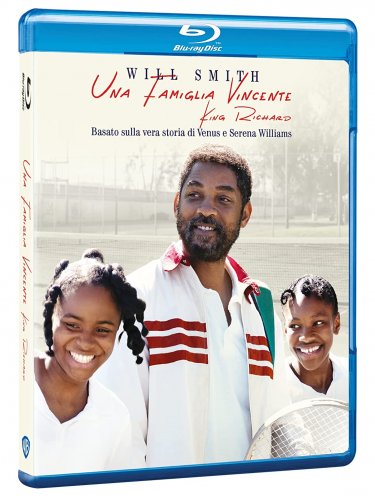 The blu-ray A Winning Family – Warner’s King Richard does not disappoint in terms of video quality. From the modest Williams house in Compton to the luxurious country clubs and then to the second part in sunny Florida, the images are always very effective and reproduce a photograph dominated by warm colors with considerable attention to detail and the play of light and shadow. In some situations, such as in some nocturnal or darker scenes, there is a slight flattening of the picture, which however always breathes well, without particular suffering or smudging, thanks also to deep black levels that give a certain depth to the images.

A Winning Family – King Richard: Saniyya Sidney with Demi Singleton in one scene

Beyond a physiological softness here and there that takes away a bit of sharpness from the picture precisely in the most difficult sequences and with less lighting, the detail is always of a high level on all levels: so Will Smith’s make-up, the tennis clothing, the yellow balls, the rackets, the net and the stands with the people, offer many details and a good incisiveness, even if we imagine that 4K is able to give even something more.

A Winning Family – King Richard, the review: A father’s dreams

The audio: the tennis matches are suggestive, but the English Atmos is superior 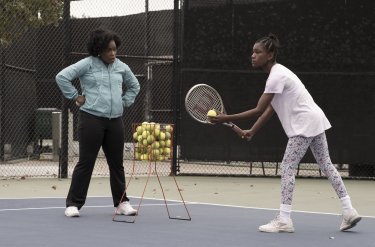 A Winning Family – King Richard: Aunjanue Ellis and Demi Singleton in one scene from the film

While A Winning Family – King Richard is a very dialogue-based film, that’s not to say it doesn’t have ideas to test theaudio. For the Italian you have to be satisfied with a simple Dolby Digital 5.1, while the English track is in a more performing Dolby Atmos. Already in our language it is possible to appreciate clean dialogues with an excellent timbre, but the rendering of the music is also good, from the original Kris Bowers soundtrack to some pop and Rhythm and blues hits of the past, which enter in a decisive and powerful way in the scene. 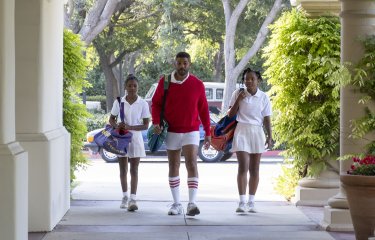 A Winning Family – King Richard: Will Smith, Saniyya Sidney and Demi Singleton in one scene from the film

In addition to the music, the rear axle is set in motion both for some environmental effect (such as the noises of some vehicles) but above all during tennis matches, and to emphasize the path and directionality of the ball (in this case particularly some suggestive side panning) both obviously due to the effect of the spectators and the crowd. The yield of the decisive hits of the racket with the ball is also robust. Dolby Atmos, in addition to a better micro detail and a greater general energy, is decidedly more engaging precisely in these situations, because by exploiting the verticality the presence of people generates a stronger and more decisive pressure, contributing to a stronger emotional impact.

Oscar 2022: from the victory of The signs of the heart to the shame of Will Smith

The extras: 25 minutes behind the scenes, focus and extended scenes

A Winning Family – King Richard: Will Smith with Jon Bernthal in a scene from the film

Only discreet the department of extra, with about 25 minutes of material. It starts with Following the Plan: The Making of King Richard (9 ‘), a behind-the-scenes footage with on-set footage and speeches by director Reinaldo Marcus Green, producer Tim White and several actors including Will Smith, Aunjanue Ellis, Demi Singleton and Jon Bernthal, who talk about the making of the film and the meaning of the story to them. It continues with Becoming Richard (6 ‘and a half), who describes the physical and emotional transformation that Will Smith underwent, thanks also to the work of makeup artist Kudy Murdock. Then we find Champions on Screen (6 ‘), with a focus on the actresses Saniyya Sidney and Demi Singleton who played Venus and Serena, but also shots of the real Williams sisters. In closing two extended scenes (3 ‘in all) showing a phone call between Richard and Rick Macci, and Rick lobbying Richard for the Nike sponsorship offer before Venus’ match.

At the conclusion of the review of A Winning Family – King Richard on blu-ray, we reiterate how the valid Warner homevideo release allows us to bring attention back to the film and the interpretation that gave the Oscar to Will Smith, rather than on his despicable gesture at the ceremony in Los Angeles. Blu-ray for its part offers a very good video and a rigorous and at times suggestive audio. In the extras just under half an hour of material.

The video offers consistently high detail, even in the context of a certain softness. Chroma does justice to a photograph that favors warm tones. The audio, in addition to perfect dialogue and enveloping music, is evocative during tennis matches. The extras present are interesting.

As special content, given the true story behind the film, much more could be done. Too bad for the Italian in Dolby Digital, valid but obviously much inferior to the English Atmos.

Nastri d’Argento 2022: the winners of the documentary section

Cahide is expecting a child from him, but Korhan …

Cahide is expecting a child from him, but Korhan ...

Medusa: the list of films to be released in 2022