Funari Funari Funari: tonight on SKY and NOW the documentary about the histrionic conductor

Tonight on Sky Documentaries at 9.15 pm, and streaming on NOW, Funari Funari Funari, the documentary that tells about Gianfranco Funari 90 years after his birth, will be broadcast.

Funari Funari Funarithe documentary on the air tonight on Sky Documentaries at 9:15 pm (also available on demand and streaming on NOW) it arrives on the screen in time to celebrate what would have been 90 years of the unforgettable anchorman.
A journey through 30 years of Italian television history, an in-depth story of the character in front of and behind the limelight. 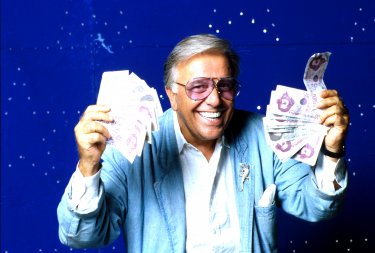 Funari Funari Funari: Gianfranco Funari in a photo of the Waiting for Mezzogiorno program

Thanks to the voice of the protagonist himself and to the testimonies of family members, collaborators, colleagues, and television experts, Funari Funari Funari, written by Marco Falorni and Andrea Frassoni, former collaborators of the Roman presenter, outlines the human and professional path of the Roman presenter, from first successes to death. A story made up of unpublished videos and archive footage, newspapers, magazines, exclusive photographs, personal objects and memorabilia.

The documentary deals with 3 periods of Funari’s life (80s, 90s and 2000s) as a 3-act comedy / drama. Each period focuses on a phase of the Funari TV personality / audience, which changed TV, society and partly the way of relating to the public and politics. The innovations introduced by Funari still maintain an interest today, for having anticipated and partly inaugurated certain current trends in entertainment politics, personalism, giving a voice to ordinary people, being at the same time an ante-litteram influencer and above all, a man of people. 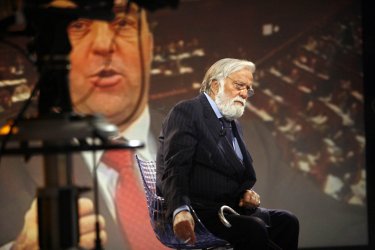 It is also the story of a person, the private and unofficial Funari, a nobody up to 50 years old and then suddenly a central figure on TV and beyond. A man who has changed his skin many times, who with great clarity and great instinct has lived a fluctuating life, between successes, failures and revenge.

In the 80s Gianfranco Funari is a pop icon, adored by housewives, derided by critics and often in controversy with the managers of the televisions where he works. The Funari of the 90s deals with political and social issues in its programs, becoming its spokesperson and calling itself “the newsagent of Italy”. In the first half of the 90s, in a country marked by a series of epochal changes such as Tangentopoli, the mafia massacres, the end of the first Republic and the rise of Berlusconi to the government, Gianfranco Funari is an absolute protagonist. In this phase characterized by clashes and approaches with power, after a series of battles, Funari will end up being relegated to the margins of the large networks.

The last Funari, that of the 2000s, is the Funari with a beard, a prophet marked by defeats and a life lived to the fullest, capable of still showing his fighting spirit and at the same time letting himself be moved by emotions. He is a lion in a cage, a big histrion on the avenue of the sunset who dreams of doing his last big show before he dies.

Funari Funari Funari is a journey between lights and shadows, between stage and private life, which pays homage to a brilliant and controversial man, who has gone through three decades of entertainment and politics. It is the story of a piece of history of an Italy of the recent past, perhaps more relevant than ever.

Among the friends and relatives who remembered Gianfranco Funari, in the documentary there are: Massimo Bernardini, Paolo Bonolis, Piero Chiambretti, Vittorio Sgarbi, as well as Rossana Seghezzi, his wife until the early 90s and Morena Zapparoli, linked to him since the late 90s.

Crazy Rich 2: Amy Wang will be the screenwriter of the sequel

Crazy Rich 2: Amy Wang will be the screenwriter of the sequel

Sex and the City: Kim Cattrall used her “shell” in sex scenes on the set of the series

Crime does not retire tv series: release and streaming