6 couples who made me believe in love

There are many weddings in Hollywood that first deceive us and then, as often happens, break out. Some with perhaps more suffering from the public than from those directly involved, others with a good dose of melodrama. But there are also cases, more unique than rare, that really manage to preserve and nourish this passion, making us change our minds in love. When we talk about couple goals, I think about these couples. Stories that look like a film and others that have the flavor of everyday life. Unions that have been going on for ten years or even more and that inspire us every day with their relationships, made up of unique and compromised moments.

Let’s see which were the most romantic weddings in Hollywood! 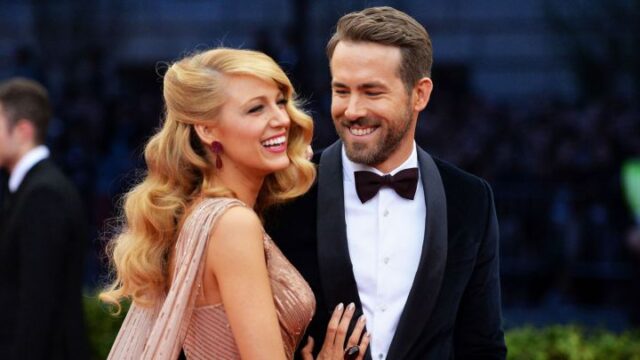 Blake Lively and Ryan Reynolds have become a real point of reference in recent years. Friends before spouses, accomplices in everyday life and on the red carpet. My favorite aspect of their relationship is the spontaneity with which they show themselves and respect for each other’s work or success. The actor’s job is complex: long periods away from home, unlikely times and locations for filming. To preserve the couple and the family, the two alternate their respective careers. In recent years, with the birth of her third child, Lively has stayed home.

But Reynolds said he would step aside as soon as his wife wanted to return to work. Then, he would take a break.

They met in 2010 on the set of Green Lantern, but they were both engaged at the time. The first date took place a year later: they had agreed to find a partner for the other for a four-way outing. It goes without saying that things turned out differently. The two stars had an intimate wedding, with few friends and family in 2012. Today, between jokes on social media and declarations of love, I am proof that marriage in Hollywood can be fun and romantic even after so many years. 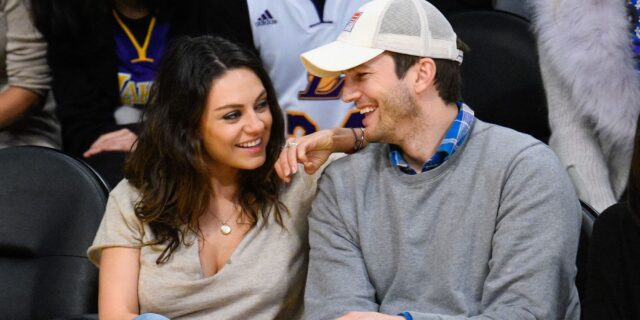 Mila Kunis and Ashton Kutcher got lost and found. A new couple joins Hollywood weddings: it takes place in 2015, after three years of dating. In fact, they met at the 2012 Golden Globes, the year in which both face painful and stormy separations with previous partners: Demi Moore and Macaulay Culkin. But this was not the first chance he had seen them together. Both were in fact the protagonists of the famous sitcom That ’70s Show, where they played Jackie Burkhart and Michael Kelso, who fall in love over the course of the series.

Mila Kunis was just fourteen at the time, while he was nineteen. The kiss between Jackie and Michael was also the actress’s first ever kiss, and for years she has kept a fond memory of it. Although she confessed that she was in love with him, a former Calvin Klein model at the time, the two were only good friends. Indeed, Kutcher pointed out that he saw her as a little sister.

When they reunite in 2012 they both thought it was a big mistake to start a new relationship and that they needed time to be alone. But when Mila tried to get away, after realizing his feelings, he proposed that she go live with him. To date, they are happily married and have two children. 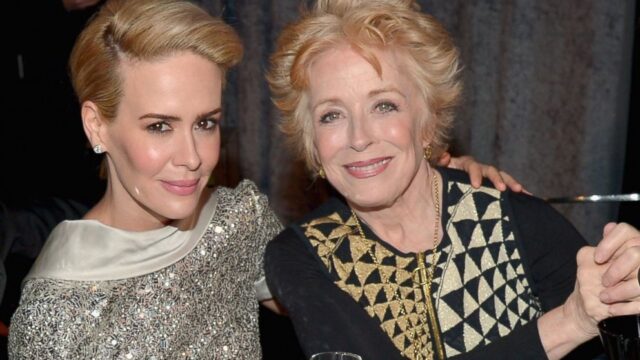 Sarah Paulson and Holland Taylor are proof that love has no age. The first is 46 years old, the second 78. After having made their relationship public, criticism and contemptuous comments flooded, but the two stars have always shown themselves confident and instead emphasized how the age difference is an advantage for them, a way of living life and appreciating all its facets, giving importance to every detail. Paulson was also advised to keep the story secret. But she the actress said: “I would like to shout from a roof how much I love. So if I can do it in front of millions of people, why not? ”

But the first meeting wasn’t exactly romantic. They met at a dinner in 2005. Although both were struck by the charm of the other, Taylor said she disliked Sarah, cataloging her as an emerging star who would eventually criticize everything and everyone..

Reunification is coming ten years later on Twitter. After a charity dinner, they started following each other on social media and started trading DMs. Their socially unconventional story began in the most common way today. 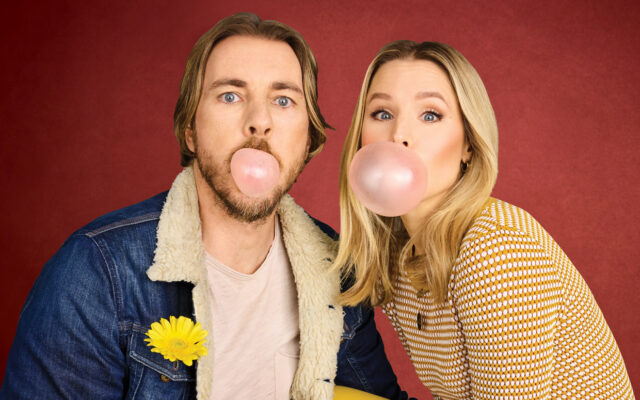 For Dax Shepard and Kristen Bell, it wasn’t love at first sight. They both recognize that they are polar opposites, completely different people. They are the protagonists of the video by Paula Abdul Opposites Attract: for them, the famous saying “Opposites attractIt actually worked.

They met at a birthday dinner and Bell had no idea who Shepard was. She just remembers thinking, “This guy talks too much!” Two weeks later they met at a hockey game, they started flirting and the next day he texted her. She felt stimulated by his audacity and is convinced that she fell in love first.

Over ten years together and they confess that they always have to work on their relationship: they are terribly stubborn, over time they have learned to understand each other and to compromise. But Shepard admitted that Kristen Bell is the brightest person with the most interesting personality she has ever met. And she just can’t stay away from her. She thought they would never marry because of his aversion to what he thought was only a formality. But in the end, in 2013 the two get married. One of the most romantic and unfairly least known stories – and of weddings in Hollywood. 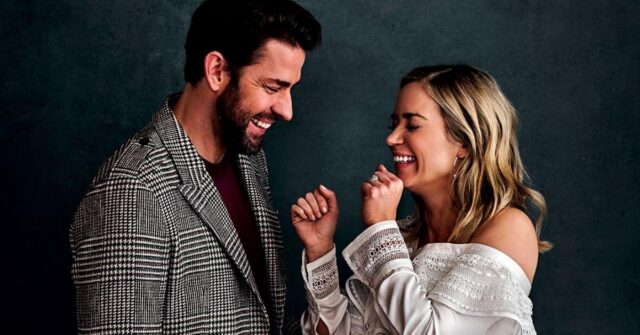 Perhaps in very rare cases it is indeed possible to see someone and immediately understand that they are a soul mate. It happened to Emily Blunt and John Krasinski. In 2008, in a restaurant, they were introduced. The rest of the world is gone: there was just the two of them. He confesses that he immediately understood that he was falling in love with her, she remembers having laughed a lot. And he simply knew it.

The wedding of the two Hollywood stars took place on Lake Como – thanks to George Clooney – and Krasinski still credits The Office for his love story today. Before becoming Jim Halpert, he had thought about leaving the world of acting. If so, he would never have met Emily. The latter, on the other hand, claims that it was her husband who changed her life: “The meeting with John has really changed my life, when I feel the support I have from him, I feel invincible. There is someone behind you in your good days and someone in front of you in your bad days ”.

The longest period they were hoped for was in 2018, when they are 10,000km away. Every weekend John flew from Montreal to London to see it for just one day. 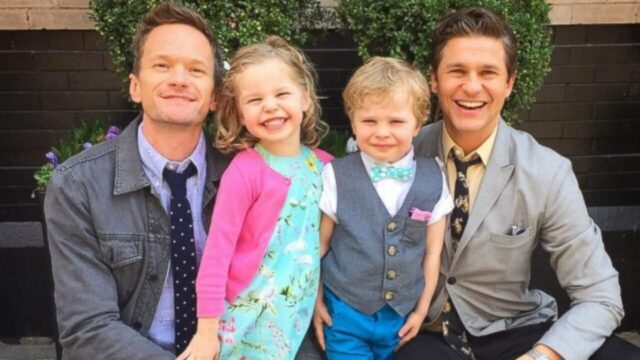 This is the awareness of Neil Patrick Harris a few weeks before meeting David Burtaka. Maybe it’s true that love comes when you stop looking for it. Before this story added up to the many weddings in Hollywood, Harris had seen him one night at a friend’s house: a handsome young man in a leather jacket that reminded him of James Dean. He was convinced that he was the boyfriend of his friend Kate, but in response she told him that he was gay and that he was also busy. David Burtaka was indeed engaged at the time, but shortly after – by pure chance – the two met on the street. The attraction was very strong and they soon started dating.

The couple is one of the closest of weddings in Hollywood: after nearly 10 years together, their eyes still shine every time they are together. And we want to talk about the beautiful Halloween costumes that they wear every year with their children?

Death in Venice according to Álex de la Iglesia: the trailer for Veneciafrenia

Death in Venice according to Álex de la Iglesia: the trailer for Veneciafrenia

Venom – The Fury of Carnage comes in streaming and home video