Baz Luhrmann and Austin Butler shared what it was like working on Elvis at the launch of the trailer for the film, which will hit theaters in June. 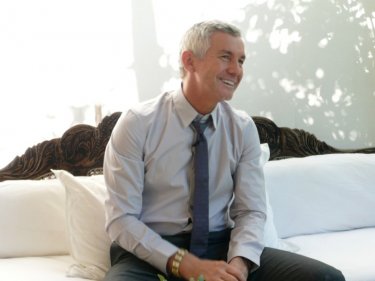 The Story of Film: Baz Luhrmann in a scene from the documentary

It’s been nearly ten years that Baz Luhrmann missing from the big screen: the last film was The Great Gatsby, which premiered at the Cannes Film Festival. After so much theater and television, the unfortunately canceled prematurely The Get Down, in which the Australian director explored the origins of hip hop, it would be great to be able to see him again on the Croisette with his new film, Elviswhose release is scheduled for June 24th. 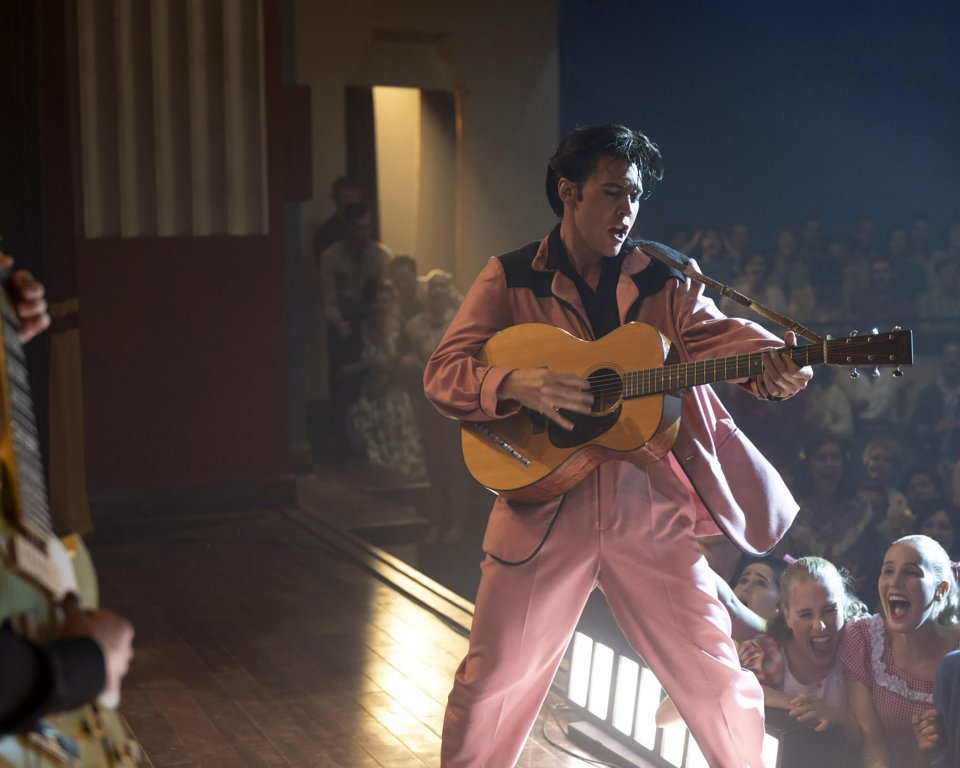 Elvis: Austin Butler in a photo

Waiting to know what fate the movie, in these hours the first trailer of Elvis has been released and let’s face it, it seems like yet another “spectacular show” by Baz Luhrmann. His style is all there: the camera that seems to dance with the protagonists, the dream atmosphere, ready to turn into a nightmare, the vertigo, the adrenaline and the fall. True, it’s only a few minutes and the trailers are deceptive at times, but we want to believe it.

Also because telling the cinema about a legendary figure like that of Elvis Presley must have been quite a struggle. The “King of Rock”, called by many simply “The King”, is a figure that seems to have come out of mythology as much as he has been able to enchant audiences all over the world, even today, 45 years after his death. Elvis only lived 42 years (although many still claim that he simply retired to private life) but, as Luhrmann himself said, it’s as if it were at least three concentrated lives. To interpret the singer, dancer, actor and musician is Austin Butler (if you’re wondering who he is, you may have seen him in the role of Tex Watson in Once Upon a Time in … Hollywood by Quentin Tarantino). While in the role of Colonel Tom Parker, manager of Elvis, there is the Oscar winner Tom Hanks. Actor Austin Butler and the director told us about the film at the trailer presentation. Here’s what we should expect.

Elvis: the trailer for the film by Baz Luhrmann

The Get Down: Baz Luhrmann brings his “spectacular show” to TV

How did you approach the almost mythological world of Elvis?

Baz Luhrmann: As already happened for Paris in Moulin Rouge! or for New York in The Get Down, I came from outside and lived them. When I made The Great Gatsby I tried to live like Fitzgerald. It’s a long process, which is why I make so few films. Living in Memphis trying to unravel the Elvis mystery I discovered that black music is not an incidental thing, but is absolutely the canvas on which his story was woven. If you take black music out of the Elvis Presley story there is no story. He lived that culture: at times he was the only white face in the Memphis clubs, he intertwined his history with the nascent black rights movement and became dangerous. The Colonel didn’t like this at all. In the end, Elvis’s journey is to find out who he is: and his essence is in gospel music. And gospel music is spiritual. Elvis was a very spiritual person. 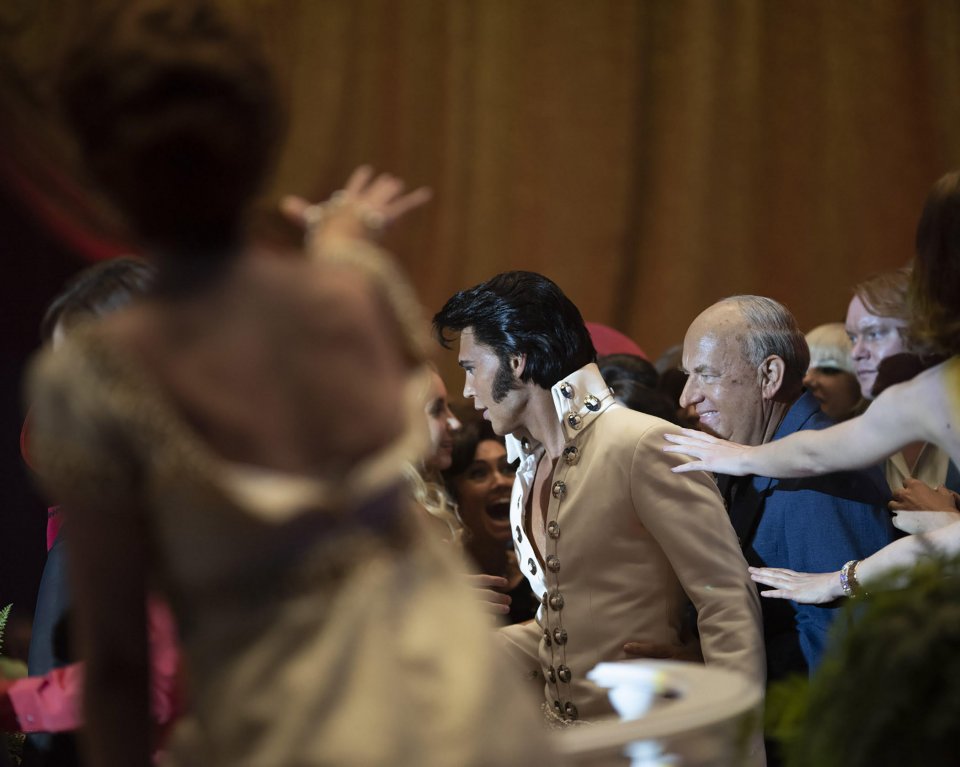 Elvis: Austin Butler in one scene

Why did you choose to use both Elvis’ voice and have Austin Butler sing?

Baz Luhrmann: All recordings from the early 60’s could not be used, because they were recorded in mono. So we had to rely on Elvis impersonators, which became almost a sport in Memphis: they passed down those performances to us. So Austin sang the songs from the early 60s, then we mixed his voice with Elvis’s. When there is “In the Ghetto” he is the real Elvis. I have to thank all the people who work at Graceland: they allowed me to stay there for 18 months, I had a reserved area in the barn. Austin and I also went to his recording studio in Nashville. We discovered that in the 1950s Elvis was really a provocateur: in a way he anticipated punk. He threw himself on the stage, cheering on the audience. At the time, Elvis was weird and upsetting. So we asked ourselves how to convey this feeling to today’s audience.

Austin Butler is Elvis the “King of Rock”

Why did you accept the role of Elvis Presley?

Austin Butler: There are so many reasons, but the main one is to have had the opportunity to explore the human side of someone who has become the mirror of society, an icon, has almost reached a higher stage. I have been studying for years and looking for the reasons that made it become all this. Finding the human being behind the icon was a joy. And also because it gave me the opportunity to work with one of the greatest living directors. 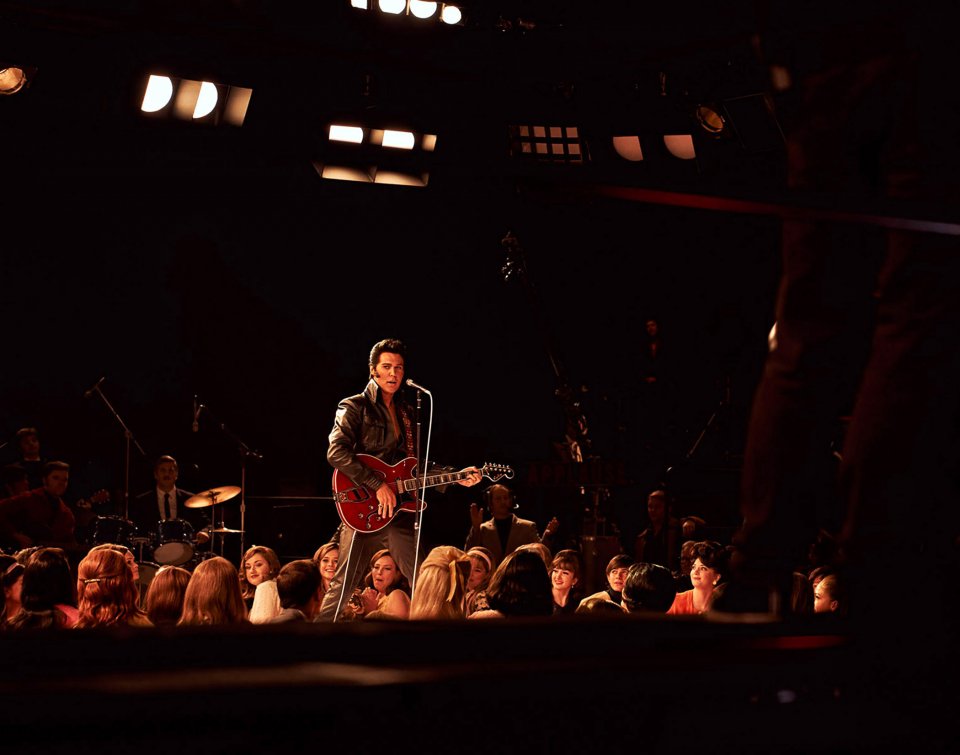 Elvis: Austin Butler in a picture

How did you work on the voice?

Austin Butler: When I started working on the character I wanted my voice to be identical to yours – it was my goal. At a certain point I was seized with fear: what if I had not been up to it? I had to let the fire inside me get out. A year before I started shooting I started studying singing six days a week, with different experts, so that the vocal register was right, the dialect, the inflection. In the end we realized that everyone can play someone, the difference really lies in finding life in that character: the passion, the truth of him.

In the trailer, Colonel Tom Parker defines himself as a villain: did you manage to give the first negative role to Tom Hanks?

Baz Luhrmann: Tom couldn’t wait to do it. It’s already stated in the trailer, which opens with him saying, “Some think I’m the villain in this story.” He’s the one who tells it, it’s his point of view and I don’t think he thinks he’s the bad guy. Every time we tell about another person’s life we ​​rely on his memories. For example: I did The Great Gatsby, which is called The Great Gatsby, but it’s actually the story of Nick Carraway.

Avengers: Endgame, Kevin Feige confirms: “it was the last film about these heroes”

No Way Home, Willem Dafoe, Goblin and the comfortable costume

Purple as the sea on which channel does it go?