The push of Spider-Man: No Way Home at the Italian box office is running out, but the film is still first, behind it debuting the biopic King Richard and the new Scream. 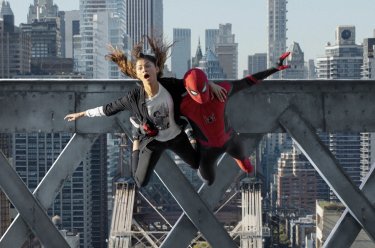 Spider-Man: No Way Home retains the first position in a box office italiano which is characterized by the continuous public bleeding after the boom that coincided with the release of the cinecomic Marvel. With another 505,000 euros, Spider-Man: No Way Home exceeds 22.6 million euros, but the sprint of the film now seems to have run out. As anticipated by our review of Spider-Man: No Way Home, the cinecomic is linked to the events that occurred in the ending of Spider-Man: Far From Home in which the true identity of Spider-Man is revealed to the world. Now that all New Yorkers have discovered who is hiding behind the mask of the neighborhood superhero, young Peter Parker (Tom Holland) has to deal with public opinion and with the knowledge that he will never be able to separate his own again. private life from that of a hero.

Spider-Man: No Way Home, the 10 best scenes of the film

Behind him we find the debut of the biopic A Winning Family – King Richard. The acclaimed performance by Will Smith, who dreams of an Oscar nomination as the father coach of Venus and Serena Williams, collects 395,000 euros from 415 screens. Here is our King Richard review.

King Richard, Will Smith: “During the movie Venus and Serena Williams cried all the time”

Another third place debut for Scream, the fifth chapter of the cult saga that opens with a gross of € 358,000 in 323 screens. Here you can find our review of Scream, in the cinema since yesterday. Twenty-five years after the series of heinous and cruel murders that devastated the quiet town of Woodsboro, a new assassin wearing the Ghostface mask targets a group of teenagers, plunging the city back into terror and resurfacing the fears of a past that now seemed buried. Neve Campbell, Courteney Cox (Gale Weathers) and David Arquette (Dewey Riley) return to play their iconic roles alongside new arrivals Melissa Barrera, Kyle Gallner, Mason Gooding, Mikey Madison, Dylan Minnette, Jenna Ortega, Jack Quaid, Marley Shelton , Jasmin Savoy Brown and Sonia Ammar.

The new work of the couple most loved by children drops to fourth place, Me Contro Te, who return to theaters with Me Contro Te Il Film – Lost In Time. Another 313 thousand euros in proceeds bring the film, which sees the return of Luì and Sofì grappling with a new playful adventure, to 2.6 million in total.

Me against You on marriage with the fans, the fourth film and the future: “We’ll think about it”

Quinto Belli ciao, the comedy by and with Pio and Amedeo directed by Gennaro Nunziante who wrote the film together with the two Apulian comic actors. After establishing itself as the best release, also beating Matrix Resurrections and Spider-Man: No Way Home which had a higher number of copies, the film collects another 262 thousand euros reaching a total of 2.6 million. Here you can read the review of Belli ciao.

The king: Luca Zingaretti in the teaser trailer of the Sky Original series

Who Laughs Is Out: OFFICIAL release date of the second season

Who Laughs Is Out: OFFICIAL release date of the second season

What does the Queen snort in Bridgerton?

Is Shondaland’s success really that scandalous?