The review of Underwater: Federica Pellegrini: the documentary by Sara Ristori, which arrives in cinemas on 10, 11 and 12 January, is a film where the private merges with the sporting epic, that of the greatest Italian swimmer of all. 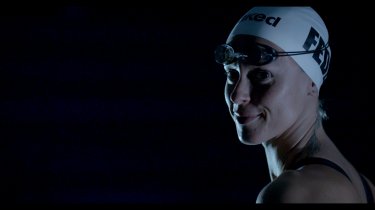 Underwater: Federica Pellegrini, a scene from the documentary

“I want to go to my mother, I want to get the piercing, get my driver’s license. I want to celebrate”. It’s a Federica Pellegrini very young, which rightly speaks of what a girl of her age would do. This is how, with an image from the repertoire, one of the many private moments that we will see, that begins the film that we tell you in the Underwater review: Federica Pellegrini, Sara Ristori’s documentary on the greatest of Italian swimming, and one of the greatest in world swimming of all time, which arrives in cinemas on 10, 11 and 12 January. As often happens in documentaries of this type, it is a film where the private merges with the sporting epic, becoming one with it. Because for champions like Federica Pellegrini, sport is all-encompassing, and even private life is sport. The film has the advantage of showing us the girl, the woman behind the champion, with her strength and her fragility. 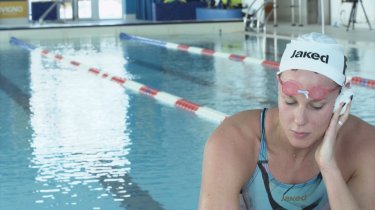 Underwater: Federica Pellegrini, an image from the film

We are in Livigno, 276 days from Tokyo 2020. It is November 2019. Federica Pellegrini’s fifth Olympics seems far away, but at the same time close. Federica and her coach believe that the path will only be made up of training, hard work, qualifications, and sacrifices. Instead, on the horizon, there is the coronavirus, the double closure of activities, having to postpone everything for a year. Underwater: Federica Pellegrini alternates the last year, which then became two, of the champion’s activity, and her run-up to the last Olympics, with a series of flashbacks on her career. Which, seen all together, is something impressive.

The woman and the sportswoman 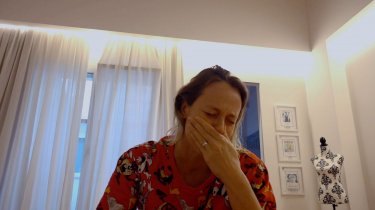 The keys to understanding Underwater: Federica Pellegrini are many. The first is the dichotomy, the inner conflict that a character like her experiences. On the one hand there is the woman who pushes to lead another life, to do what she has always dreamed of, children, a family, the construction of something solid; on the other there is the sportswoman who thinks about the fifth Olympics, only about this, nothing but this.

The divine, the good and the bad 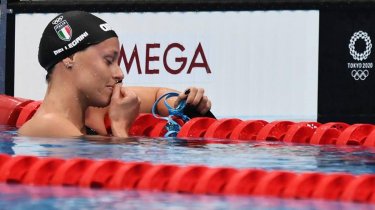 Underwater: Federica Pellegrini, a photo of the documentary

But we can read the documentary as a real narrative film, because Federica Pellegrini’s story is worthy of a film. As the countdown to Tokyo continues, there is a very intense first flashback, a story that begins after the 2012 London Olympics. Federica comes fifth in the 200 freestyle and decides to change preparation completely. And he chooses Matteo Giunta, a young coach who was not seen as one with the necessary experience to take on the strongest Italian athlete. An escalation arrives, a silver and then two golds at the world championships. This is a great story of sports epic and love. And in every story, in the cinema, there are roles. And if Federica Pellegrini is the protagonist, the diva, the divine, Matteo Giunta is at the same time the male protagonist of the love story, but also the iron sergeant, the ruthless coach of many sports films. 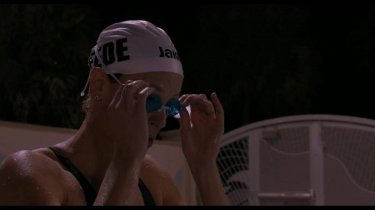 Underwater: Federica Pellegrini, a moment from the documentary

And what we have seen is also a film about the relationship with time. An entity that can be an enemy or a friend but – as Federica Pellegrini explains very well – is an objective concept, is the supreme judge, without any possibility of forgiveness, without any excuse. Whether he is a fellow traveler or an adversary, he is honest, he is loyal.

The real villain of the film is … 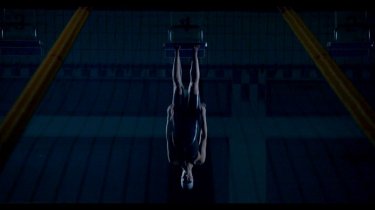 Underwater: Federica Pellegrini, an image from the documentary

Time, lactic acid, shortness of breath, contentment. There are many obstacles in the hero’s path. But in this story perhaps the worst is coming, the real villain. It is the coronavirus, Covid 19. Federica talks about it on the phone for the first time with her mother, then attends the news of the news. We see the empty streets and squares, Conte’s messages. Federica assists and says “as long as they let me swim”. Qualifiers are skipped, the Olympics are also skipped, the games are postponed to 2021. The missing days become 487. Immobility, stalemate: what’s worse for an athlete? In a year you can change physically and mentally. And Federica also takes Covid. 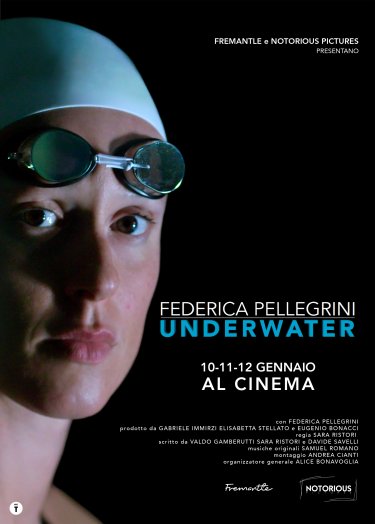 While in the meantime we have seen Federica’s happiest and most glorious moments, the Beijing Olympics with the gold medal and the world record, the World Championships in Rome with two gold medals and two world records, we arrive in Tokyo. And here it is pure sporting epic. It’s like Rocky’s final match that we see from the first round: here we see the story from the first battery. Like a Rocky movie, it starts badly here too, but we know how it ends. The fifth individual final, the first woman in the history of swimming to get it. And a world record remains unbeaten to this day. And once again a message that comes to us loud and clear: in swimming, perhaps more than in other sports, the challenge is against oneself, one’s limits, one’s weaknesses. Being in control of yourself is everything. Federica Pellegrini made it.

In the review of Underwater: Federica Pellegrini we told you about a film where the private merges with the sporting epic, becoming one with it. Because for champions like Federica Pellegrini, sport is all-encompassing, and even private life is sport. The film has the advantage of showing us the girl, the woman behind the champion, with her strength and her fragility.

The material that shows us an unpublished and private Federica Pellegrini. The sporting epic that characterizes the film, built with a crescendo until the end. The themes of the film, ranging from the challenge with oneself to that with time.

It remains a rather classic documentary, without many surprises.

How it ends Everyone is fine at home

The Raid: Michael Bay will produce the new version of the film, written and directed by Patrick Hughes

The Raid: Michael Bay will produce the new version of the film, written and directed by Patrick Hughes

Marvel: Kevin Feige explains why the Phase 4 films have slipped

Big Brother Vip, transsexual girl confesses to having had intimate relationships with Luca Salatino: “I have the videos”