Daniel Radcliffe, Rupert Grint and Emma Watson together again for a special event

Unveiled the official trailer and the poster Harry Potter 20th Anniversary: ​​Return to Hogwarts. It took “only” 20 years but we will finally have the reunion we deserve!

On the anniversary of the release of the first Harry Potter and the Philosopher’s Stone movie (which premiered on November 16, 2001) comes the news that all Harry Potter fans have been waiting for and rumored about for a few months. There will be a Harry Potter reunion in 2022 that he will see all the actors of the films together for the first time after the end of the film saga. The name of the special event is Harry Potter 20th Anniversary: Return to Hogwarts and here are the first details.

The first day of the new year, that is Saturday 1st January 2022 is the day chosen for the Harry Potter 20th Anniversary: ​​Return to Hogwarts event, a special “retrospective show” in which the actors of the film saga will participate.

Harry Potter reunion where to see it in Italy?

The Harry Potter reunion 2022 is designed to be streamed on HBO Max, a streaming platform not available in Italy. So what are the Italian fans doing? No fear!

A dedicated Sky Cinema channel arrives on Sky called “Sky Cinema Harry Potter” active from 1 to 16 January 2021. The Harry Potter 20th Anniversary: ​​Return to Hogwarts special will be broadcast on this channel as well as the eight films in the saga.

Simultaneously with the USA the Harry Potter 20th Anniversary: ​​Return to Hogwarts special event will air in streaming in Italia su NOW.

Harry Potter reunion 2022 how it unfolds

The reunion will be held at the very famous London studios Warner Bros. Studio Tour London – The Making of Harry Potter. Here the actors of the saga will be guests including of course the Golden Trio but not only.

The reunion will be a great event that can be enjoyed not only by longtime fans but also by new fans who have discovered the Harry Potter and Fantastic Beasts saga in recent years. There will be theIn-depth cast interviews, exclusive behind-the-scenes, never-before-seen clips, special guests and many other surprises. 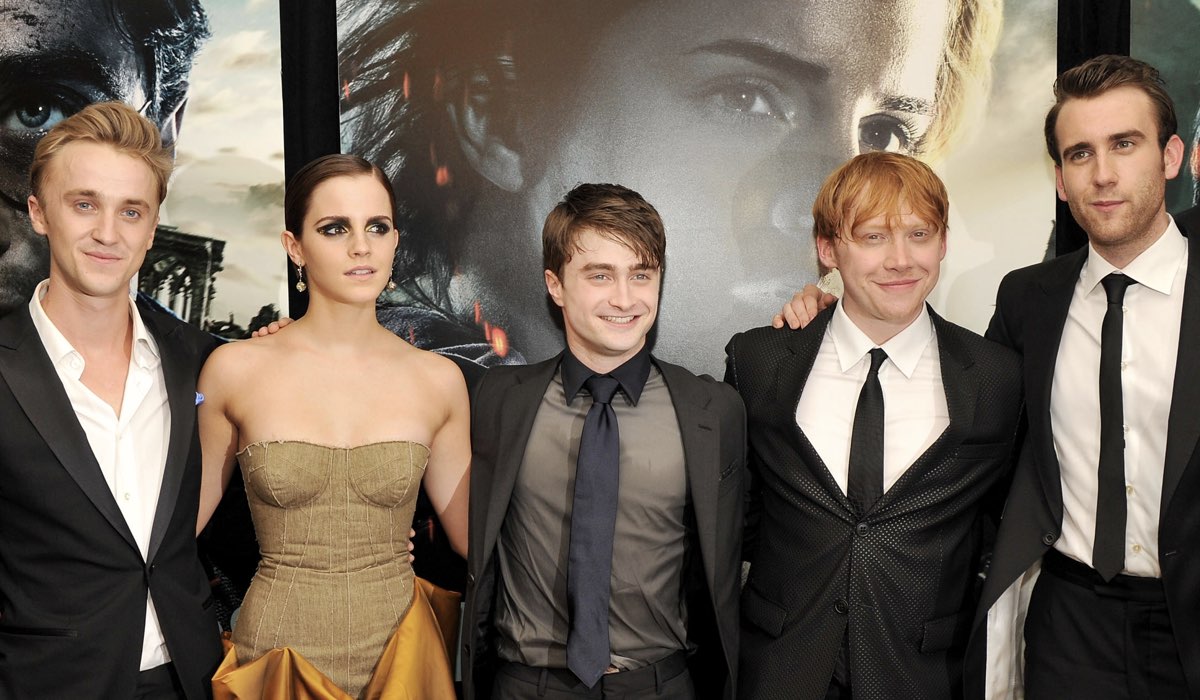 The highly anticipated Max Original retrospective, which will be the first ever TV show on Sky in Italy, is previewed with a official trailer of the event. Find it at the opening of the article!

Harry Potter reunion 2022 who will be there

The names of the actors who will take part in the Harry Potter reunion 2022 have been announced.

There will be Daniel Radcliffe, Rupert Grint e Emma Watson that is the mythical Golden Trio formed by Harry Potter, Ron Weasley and Hermione Granger. This is undoubtedly the most awaited reunion since the three actors have not been seen together since the end of the film saga, which took place in 2011 with the release of the latest film Harry Potter and the Deathly Hallows part 2.

The characters “missing” for now are many but certainly in the coming weeks there will be other announcements by the Wizarding World.

This epic reunion is part of the great celebrations for the 20th anniversary of the theatrical release of the first film in the Harry Potter saga, which returns to cinemas for the occasion.

Plus there’s a new four-part show hosted by Helen Mirren called Harry Potter: Hogwarts Tournament of Houses. This is a quiz in which the four houses of Hogwarts will battle each other to test their knowledge of the wizarding world. They will also be guests on the show Tom Felton (Draco Malfoy), Simon Fisher-Becker (the ghost Fat Friar), Shirley Henderson (Mirtilla Malcontenta) e Luke Youngblood (Lee Jordan).

This show is also being broadcast in Italy on Sky Cinema and streaming on NOW from 27 December 2021.

Hawkeye, the review of the final episode (1×06)

waiting for Resurrections, this is what the original trilogy represented, and what it was like

waiting for Resurrections, this is what the original trilogy represented, and what it was like

Wonka: Timothée Chalamet in character in a video from the set

Yellowjackets: from tonight on Sky Atlantic and NOW the series with Christina Ricci and Juliette Lewis