The review of the finale of Gomorrah 5 (episodes 5×09 and 5×10), all focused on the showdown between Ciro and Genny and on what he bequeaths to the spectators, on Sky Atlantic and NOW on Friday 17 December.

“We wanted to eat the world, but the world ate us” 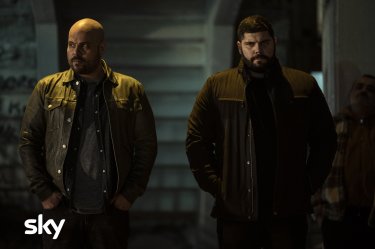 Gomorrah 5: Salvatore Esposito and Marco D’amore in the tenth episode

Gomorrah, the show that revolutionized Italian seriality, has had a path of ups and downs in this fifth and final season. It is therefore difficult not to reach the grand finale with a mixture of fear and excitement, for what has been the courageous path so far but above all for the goal we reach in this review of the finale of Gomorrah 5, on Sky Atlantic and NOW on Friday 17 December 2021 (superstitious and symbolic date). But it’s fair to point out: this is a review without spoiler, we will try to tell you what Gomorra – La Serie leaves us as a legacy to us as spectators, rather than to the Italian serial panorama.

Gomorrah 5×09: the eve of the showdown 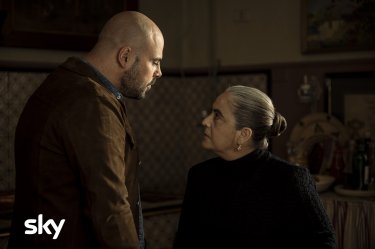 Gomorrah 5: an image of the ninth episode

After the shocks given to the plot by the two previous episodes, with the epic and tragic death of Sangueblù and the kidnapping of the magistrate’s son after the removal of little Pietro from his parents, it is really time for the showdown between the two factions of Secondigliano, especially now that the civil war has broken out in the streets in the name (and in the sacred fire) of Ciro the Immortal (Marco D’Amore). Genny (Salvatore Esposito) is now at loggerheads and has very little chance of winning, if not the strategy against the magistrate.

Gomorra – La Serie, Salvatore Esposito on the last season: “Gomorra 5 is like the end of a love story”

The fate of some “secondary” characters who have had space this season is also enacted, and therefore we will discover the fate of the traitors O’Maestrale (Mimmo Borrelli) and Donna Luciana (Tania Garribba), especially now that O’Munaciello ( Carmine Paternoster) – one of the most interesting and ambiguous new entries – has discovered that she is still alive and her husband did not kill her as he swore to Don Gennaro. This is the episode of behind-the-scenes and turncoats, of the double and third game of all to save their skin and for the stakes, in a series of twists from organized crime not always at the height of pathos and rhythm narrative. It lingers on the close-ups of the characters, on the musical moments in the background with the songs of Mokadelic to give as much as possible that feeling of epic end which, however, does not reach the end of the spectator because too much water has simply passed under the bridges.

Gomorrah 5×10: the wheel of crime does not stop 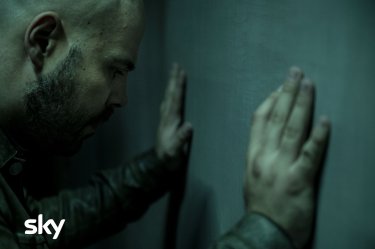 In this Gomorrah series finale review, we won’t reveal who survives and who dies – assuming someone dies, but it couldn’t be otherwise for a series that began in the Game of Thrones years by making it clear that no character, and therefore no one. human being, was indispensable in the food chain of organized crime and therefore in the narrative economy of the show that most told it in a realistic, raw and courageous way. However, it is not enough to live on the income of what has been built over the years: even if the journey counts a lot, the ending is just as important for a product that has revolutionized the rules in Italy, putting a before and after its debut. The ending cannot fail to bring to mind – also for some choices of camera movements and staging – that of Suburra, who, moving away from the film to which he was supposed to be prequel, played the entire last act on the relationship between Spadino and Aureliano and on the their epilogue of romantic tragedy. The choice in Gomorrah 5 to resurrect the Immortal from its ashes for a serial that had based everything on hyperrealism we do not know how successful it could have been, especially given the idea of ​​focusing on these last ten – and even more so these last two – episodes on the war between Ciro and Genny, on their love-hate relationship, brotherhood and almost populist social divide (Ciro was for years the “servant” of the Savastano family and made Genny and this returns in the clan victory announcement sequence). The final message that Gomorra – La Serie seems to leave us is this: the wheel of crime will continue to turn, it cannot be stopped either with the actions of the Law or with those of those born and raised within it. Also because the latter end up being swallowed up by the same world they wanted to rule and tame. Inevitably.

We close the review of Gomorrah 5, episodes 9 and 10, almost in disbelief, for having really arrived at the last act of the show that revolutionized Italian seriality. Two episodes that first lay the foundations for the finale, with the first possible victims of organized crime that does not discount anyone, and then use a series of twists to tell the fate of these characters now entered into the Myth. The pathos and the narrative rhythm cannot be the same as in the past, even physiologically, but what Gomorrah – La Serie above all seems to want to leave to the viewer is the infinite cyclical nature of the pain caused by the Camorra, because an antidote has not yet been found. to this terrible social disease.

The celebration of where it all began, with some locations, sequences and dialogues that bring to mind the debut of the series. The interpretation of the protagonists arrived at the terminus. The issue of the social divide brought back into vogue. The final message on the cyclical nature of organized crime that cannot be stopped and that engulfs those who grow up inside it.

The pathos that the direction and soundtrack would like to keep are now a little redundant. We are not sure that this was the best ending for a product that has given so much to Italian seriality

This is how Gomorrah, the Sky series ends

Harry Potter: Rupert Grint talks about a possible return to the screens of the original cast

Harry Potter: Rupert Grint talks about a possible return to the screens of the original cast

why and how Matrix 4 was born, tells the producer

Spider-Man: No Way Home: here are the homevideo editions coming out between steelbooks, extras and gadgets