Already the third episode of Inspector Coliandro 8 had made us think again (here you can find the review). After a start that had left us perplexed, we liked the episode The Hidden Treasure and also a lot. It only remained to wonder if the last episode, Kabir Bedi, it would have lived up to the previous one. And we can say with great satisfaction that yes, it definitely was.

Also in the last episode of Inspector Coliandro 8, the fulcrum of the narrative is an international case. 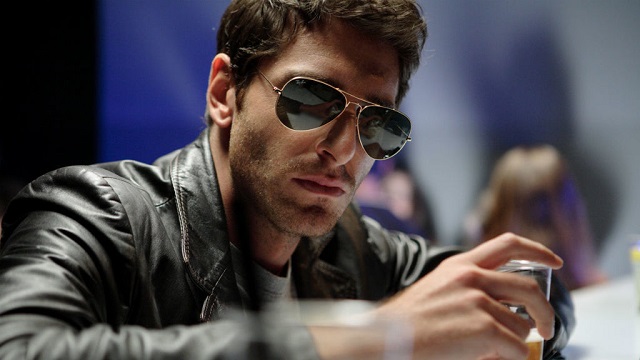 And here we are talking about nothing less than terrorism. In fact, in Bologna there is a nerve center for the transport of fundamentalist terrorists, who are smuggled from Italy to Syria. All with the support of some corrupt cops. Neglecting the fact that, from Lucarelli’s point of view Bologna is worse of Gubbio of Don Matteo when it comes to crime, the basic idea is already extremely interesting.

Again it is used the classic narrative gimmick to Colombo, who immediately shows the “bad guy” of the episode. This technique is now the common thread of the whole Inspector Coliandro 8. Not that it hadn’t already been used within the series. But before, the modality of the story was a little different, because if the culprit of the murders was immediately shown, it was clear from the outset that they were mere performers. The mystery was therefore who was the instigator of everything. In the last episodes of the show, however, who is shown at the beginning is the villain with whom Coliandro will have to clash. However, this does not detract from the plot, which is equally full of twists.

But the real genius of this episode lies in the choice to highlight one of the most beloved secondary characters of the series.

We are talking about Amid, the Pakistani who runs the small shop near Coliandro’s house. The man, dully called by our inspector Sandokan, is a bit like the Ranjit of How I Met Your Mother who crashed in Bologna. We don’t want neither of us, since the sitcom’s taxi driver is Indian, while Amid is from Pakistan. And among other things, it seems to be particularly sensitive to the question. Whenever Coliandro good-naturedly teases him with some reference to India, the man is relieved, proudly reminding him of his true origins.

But beyond this ethnic divergence, the two characters are very similar. Both of healthy values, both extremely protective of the family and very much in love with his wife. And not only that: both are very fond of the protagonists of their respective shows. Although Ranjit proves it a little more, too Abir loves Coliandro very much. Up to now he has been a bit of a silent observer, who has limited himself to watching the life of the policeman and, if necessary, scolding him for his very sad diet based on frozen pizza and beer. And Coliandro himself is, perhaps unwittingly, very attached to Abir. Because despite being tough, our inspector is a real sweetheart. And if you think about it, it’s also pretty lonely. He never has a steady girlfriend, every evening, after work, he dines alone in his small apartment. A true friend is just what he needs. And in the course of this episode it is clearer than ever that that friend is just Abir, despite his gruff ways.

Already the beginning of this new episode of Inspector Coliandro 8 opens with a nice gag.

The policeman is in Abir’s shop and is choosing a wine. Obviously one of the super cheap ones, because tirchiaggine is one of Coliandro’s trademarks. The man behind the counter shakes his head bitterly and keeps asking him if he doesn’t want to take a look at the higher quality wines. The inspector firmly refuses and specifies that the wine is needed for a dinner. “You can see that it is not an important dinner”, replies Abir bitterly.

The reason for his bitterness will be discovered immediately. Coliandro climbs the stairs of an apartment building, rings a bell and … Abir opens the door for him. The dinner invitation was at his house.

For the first time, the public has the opportunity to explore life of one of the fan favorite secondary characters. Inspector Coliandro gave us episodes dedicated to Angelica, the policeman’s adorable nephew and others to the never too regretted Gargiulo, whose absence this season you hear it and not a little. But although there has often been talk of the possibility of having a dinner at Abir’s, Coliandro has never crossed the threshold of his house. To the disappointment of the spectators, it should be added. But this time one of the fans’ wishes has been fulfilled. The man takes Coliandro inside his house and introduces him to his wife, a brilliant and charming woman, as well as very easy going. But during the dinner, one of the reasons that prompted Abir to finally invite Coliandro to his house emerges. He and his wife are very worried about their niece, Jamila. The girl lives and studies in Paris and has always been an independent and emancipated woman. So you can imagine Abir’s astonishment, when he sees her with a veil on her head and in an attitude of submission in the company of disreputable individuals. And not only that: when the man gestured to greet her, the girl even turned away.

What Abir wants is therefore a favor: try to discover the identity of individuals accompanying the niece. And since Coliandro, under the bravado and the concentration of clichés has a heart of gold, he does not hesitate to give him a hand. And this is how, with his usual “luck”, our inspector is catapulted in a case of macroscopic proportions. Abir’s niece, Jamila, is in fact a spy of the French secret services, who arrived in Italy undercover to be able to frame the alleged mole infiltrated in the Bologna police. According to the investigations, the passage of terrorists in Bologna can thus go unnoticed only if there is someone inside the police and in addition to the upper floors, which supports it.

In short, this bet has every prerequisite to be a winner. And unlike other times, there is no acting that ruins everything. The main performers are perfectly in part and never out of tune. And for once we wanted to put aside some trash to make it happen credible villains. But the imprint of the Manetti Bros must somehow be there, so it was thought well to paint the partner of the mole as a little man. whose concept of style remained firm in the early seventies. Flared trousers, terrible ankle boots with pointed heels and, as a finishing touch, a hairpiece with a Beatles hairdo. And here is the dose of trash of Inspector Coliandro, even if minimal, is served. But as we have said on several occasions, it doesn’t bother at all, because we do not expect anything different from Inspector Coliandro 8.

Very interesting is also the character of Jamila, played by the good girl Elena Sotgiu. Another point in favor of the episode: usually Coliandro’s love interests they have unconvincing acting. As if their only function were to be beautiful damsels in distress. But in this case, we’re dealing with a good actress impersonating a strong girl. One that doesn’t need Coliandro’s protection. Our inspector really likes to be the protector of defenseless girls and loves to call them “little girl” in a sensual way. But no matter how hard he tries with her too, she doesn’t attack. The girl indulges him amused, but certainly not because she really needs him. And who knows, maybe this time the romance could have a happy ending. But we are not given to know.

Overall, it can be said that this final episode of Inspector Coliandro 8 it definitely lived up to expectations and it was the final explosion that crowned a pleasant ascending climax. Even if Longhi will not agree with us, we would like to say: well done, Coliandro!